Joy in the natural world 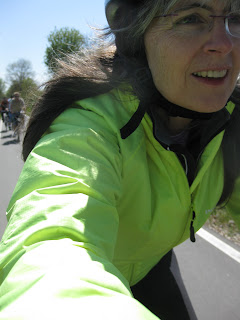 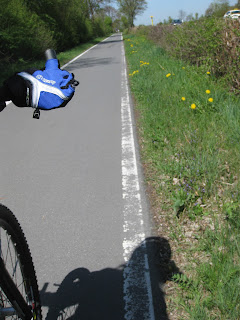 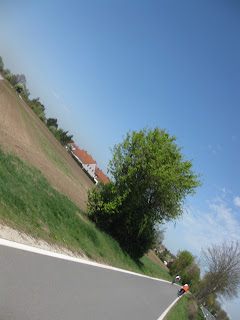 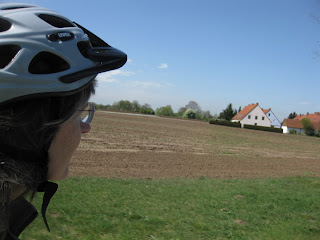 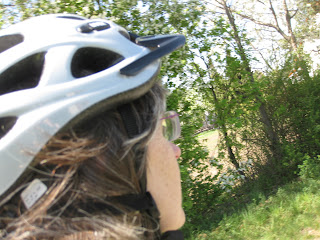 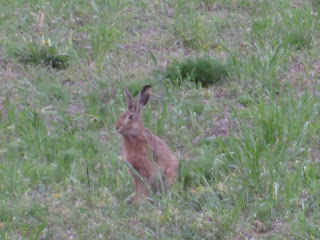 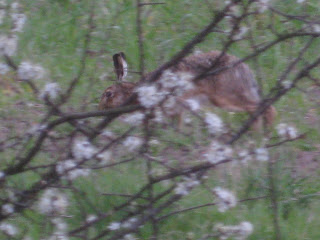 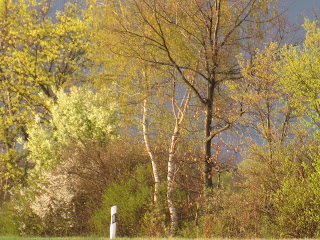 It has taken me a long time to get my bike out of the cellar, but this year not due to fear –

It was the cold weather that put me off this year, and tiredness. I must be getting soft in my old age!

We still seemed to be in deep winter during the chilly days before I set off to England, with even some snow still fluttering down now and then. It was not at all the sort of weather to put me in the mood for a forty-minute ride to work.

As soon as I returned to Germany in mid-April I brought one neglected bike out of the darkness of the cellar and spruced it up for spring and prepared it for long journeys. Then I wrapped it up and waited for a bit of warmth in the air!

Day-by-day I watched the thermometer before I decided what to wear. Early each morning I asked myself whether it would it be my nice clothes and a hop on the tram or my cycling gear and a hop on the bike?

It was not until Friday 27th, almost the end of April, that I took the plunge. The temperature rose from three degrees on Tuesday morning to twenty-three on Friday, so off I peddled.

It was lovely to feel the air on my face and watch the countryside fly past. Even in the city, where I cycled down streets that I have not travelled since December, there were many changes to be seen.

I doubt that the temperature will stay in the mid-twenties for long but I think that the frosty mornings may now be behind us. This will probably be the last month in which I spend money on the expensive ticket for the public transport system, until I dig deep in my pocket again next December.

The trams and buses have been very busy over the past few weeks, some days on the return trip being full to bursting. It was therefore a real treat on Friday to be out in the fresh air communing with nature.

I love the extra time that I get to read when I travel on public transport, but I think that I enjoy even more the time spent communing with nature on my bike.

It is not only nature that excites me, I also enjoy all the action at the airport where I love to stop to watch the aircraft taking off and landing just above my head. I love to dream of being up there. I sometimes think about making a spontaneous decision to jump on a flight that would take me home for the day instead of to work!

I have not done it yet. Instead, as I did on Friday, I watch the herons fly to their fishing grounds, smell the spring in the hedgerows, hear the peewit or plover in the still short cornfield with the skylarks twittering above. At dusk I will stop in silence, as I did this week, in hope of catching the hares in action. Observing a spring boxing-match is a treat yet to come.

But does it change the brain?

Arriving at work with ten kilometres behind me by bike I do feel much wider awake than when I travel the distance by bus and tram. I wonder whether the clients would be able to tell. We shall have to put it to the test next week.

Cycling certainly does change my outlook on the day, my personality is transformed, and my soul is awakened when I commune with nature instead of with the inside of a tram or a bus.

It took me the same length of time to cycle the distance as it did four months ago. The rest seems to have done me no harm at all and the bike seemed to manage it alright too.

More on the spring start to cycling –

http://www.susie-mallett.org/2009/04/story-of-red-and-yellow-tricycle.html
Posted by Susie Mallett at 18:17