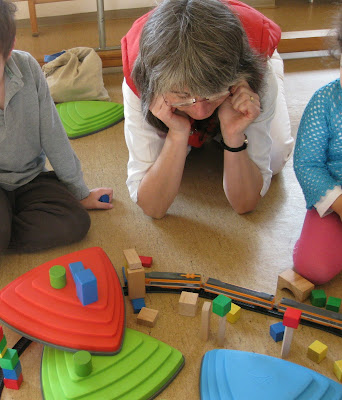 "Enjoying the joys of my work"

It is a grey, Sunday afternoon and I am preparing for work. Just a half an hour or so of work but still work. New and interesting work. The sort of work to look forward to.

I looked at my emails first before switching on anything else and I found an email from the person I was about to work with.

Val had written to me about her experiences working with me on Skype and she has invented a wonderful name for what we do.

I have been considering how best to describe our work together, but I could never have put it as well as Val does so I leave the floor to her. I will tell my side of the story later, but would just like to stress that we are still searching for a conductive group near Val's home. What we do together is her "starter pack" . It is an excellant way of introdicing her to a conductive lifestyle and of giving her the vital help she needed immediately after she received her diagnosis. At a time when most of the CE the world was shut down for the summer.

I was diagnosed with MSA with Parkinsonism three months ago. Almost immediately a long-term friend, Gill Maguire**, introduced me to the idea of Conductive Education (CE) as a way of life which could help alleviate the symptoms and problems associated with the condition. I had long been aware of CE for children, but had not realised it progressed beyond that sphere to adults.

I was naturally keen to access a class – but how? It was August and centres were shut for the summer break and anyway I was hoping to return as soon as possible to the Greek island where I spend a few months a year.

This was how I came to meet the CE Conductor, Susie Mallett. Susie lives in Germany and specialises in work with adults including those who have Parkinson’s disease. Our first ‘meeting’ was via email, followed quite swiftly by a face to face meeting in the UK - all orchestrated by Gill, who happens to know Susie too.

At this first meeting, Susie was very perceptive in how she assessed my problems and made immediate suggestions for how I might exercise, move, live differently. I felt more confident.

Then we discussed how we could continue this type of CE interaction with Susie in Germany and me in the UK or Greece for that matter; and Susie suggested using the internet with Skype, so that we could both see and hear each other.

We’ve had three sessions now. In the first one we agreed the length and frequency of future sessions, which in our case is 30 minutes every two weeks. We also spent a bit more time getting to know each other.

The following two sessions have been filled with CE exercises, sound advice and Susie answering concerns that I had. (One of these was about adaptations to my PC that I might need in the future. Susie did some research when we had finished our session and emailed me with a solution.) The exercises have included breathing and facial exercises. We have talked about becoming more consciously aware of the activity in my daily routine.

Well, for me, yes. It has several advantages. First I’m within the comfort of my own home and have not had the stress and expense of a long journey to a specific venue; there is flexibility in that if I’m having an off day we can postpone to later or the next day; there is also continuity - when I eventually return to Greece we will be able to continue our sessions.

More - I get one to one attention and the opportunity to express, privately, deep concerns that I might have.

I’m not part of a group, so I don’t get the support that a group gives, nor am I able to lend support to other group members. Undoubtedly, I will join a group when an opportunity arises, but I don’t see Tele-CE as trying to be a substitute for this. I would still continue my Tele-CE sessions in parallel with group activity for the one to one opportunities for discussion and confidence building that this brings.

Session four is due to start shortly. I’m going to ask what more I can do to help slow the deterioration of my posture. And I’m looking forward to a mix of practical advice and suggestions for exercise delivered with a good dose of Susie Mallett humour- via the internet.

Hi Susie,
did you conduct task series through Skype to that person?
Laci

You are being a big help,Susie, and I am glad I was able to introduce you to each other. It is a shame that CE services are not always available in the school holidays in the UK which must be very frustrating to adults needing help. But your help has made a difference, which must be satisfying even if its not an ideal way nof working.