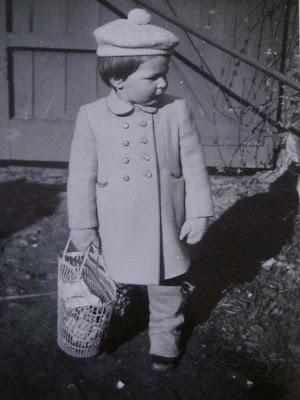 "Been there, done that!"

It was the first day back for the after-school children today, following the autumn holiday.

Actually, two of them had no break as they had come for a few days during the holiday to do some arty, crafty, cooking, playing, holiday-camp "Petö". They even brought a friend along one day to join in the fun!

And one little boy had a holiday at home with all the family. Today he was excited to tell us something rather special about his week at home.His dream come true!

At the end of the summer holiday one of the school children had achieved her dream of the moment. That was to go home alon. She had managed it not on her bike, as she at first imagined she might, but on foot! This success has already been featured here on my blog quite a lot!

We are all so happy about it, none as happy as Little Princess as we witness each evening as she puts on her coat, says goodbye and walks out of the door.Now, on these dark evenings, she wearing her flourescent safety vest, with its blinky reflector-light switched on. We try just to say goodbye and let her go, but we all end up at the window watching as she passes, and she always turns to wave.

This child is lucky that she lives just down the road. It is still a long way for a small, seven-year old, athetoid girl, but near enough to have been practised and to be a real and achievable goal. Now she is wearing the imaginary T-shirt stating: "Been there, done that!"

Jolly Professor would love to wear the same T-shirt, but he lives ten kilometres away and goes home with his mum in the car.

So we came up with another stepping stone for him, and this holiday not only did Jolly Prof. take huge steps, but his brave family took them too, by letting him.

Jolly Prof. went to the bakers, rucksack on his back, to fetch the breakfast rolls. This he did all on his own. Not only that, he did it twice! It is a distance even longer than Little Princess's walk home, and over a couple of busy roads.

On his very first bread-shopping expedition he told us that he had memorised the assortment of bread and rolls that he was to buy, which included croisants, sesame rolls, long split rolls and two special treats for himself and his brother. On the second occasion, he explained that he wrote himself a list, probably just for the fun of it. He would have remembered a list of a hundred items on such a special occasion!

What a delight it was to see the look of wonder and joy not only on his face but also on that of his little friend, she who walks home alone. She knew better than all of us what a thrill it must have been for Jolly Prof. to go out of the house all by himself, for the first time ever! We decided that the breakfast must have been the best that his family had ever tasted.

Little Princess had something to celebrate too. She walked in from the car today carrying her school bag on the back of her rolator. She has been asking us to sort this out for ages and today was the day.

I have promised her that we will practise crossing the road with this weight hanging on the back until the day comes when Grandma does not have to come over to pick it up at some time during the afternoon.

Those school bags are so heavy that most people would be pleased not to have to lift one, let alone carry it, but when you are a new schoolgirl or schoolboy in Germany, you want to be like all your friends and carry your new satchel yourself. Jolly Professor now walks proudly with his on his back!

I think that it is time to have a day of celebrating the achievements of these wonderful children, although we did have quite a festive atmosphere already today on hearing all the "holiday" news about conductive living during the holidays, without a condutor in sight!
Posted by Susie Mallett at 23:29