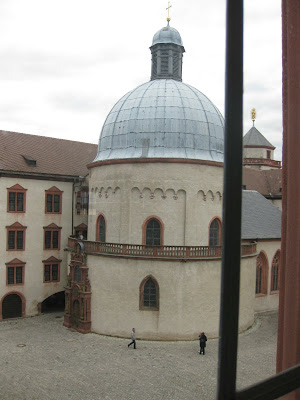 Segway and other useful things that make the world go round

Conductive upbringing, among many other things, means to me being open to finding solutions that are useful to clients at the precise moment of their life that they are experiencing, right now.

Over the past few weeks this has meant for me discovering how computers can be used by clients with physical disabilities. One client is restricted to using a computer only in a lying position in bed, and at the same time with restricted use of his hands. Another client with Parkinson’s disease is looking forwards and planning for a future when perhaps her requirements will be different to what they are now. I discovered that both these clients will be able to compute as before once they have the correct equipment.

I wrote about one of my stroke clients buying herself an electric wheel chair last week. This weekend, at the congess I picked up a brochure for a Segway, after listening to a young disabled man talk about his life and how he has just passed his motor scooter license that allows him to use a Segway on the streets in Germany.

Although I first read about these strange motor-machines eight years ago in a magazine on a train. It is only in recent months that I have seen them appearing on the streets of Nürnberg. I have seen them all over the city, being used by tourists taking guided city-tours, and I have also seen one or two being used by people with disability. There is often one parked in the nearby supermarket and outside the local Caffé Fatal. I have seen the Segway‘s owner, who has multiple sclerosis, and have seen many people speaking to him and asking him about his use of it.

One of my clients with multiple sclerosis has tried one too and he was surprised by how good his ability to balance still is and how well he could use his body to change direction. He had thought that these abilities were worse than they in fact are. Because of the weakness in his thigh muscles, that makes stepping so difficult, placing his feet was becoming very insecure and this causes him to lose his balance. He actually discovered that on the Segway, where his feet remain stationary, his trunk control is actually still very good.

During one of the presentations at the Würzburg conference the young man who is the son of the Founder of the Würzburg Fortschritt Verein, spoke about his use of the Segway. He showed us a short film of how he took his driving test on it and proudly told us that he gained his motor-scooter license. The Segway has increased his mobility, making places more accessible to him than using a wheelchair would. and it also looks really modern and trendy seeing him whizzing around on it.

I believe that they are not legal i the UK, for anyhone.

Another myth about the Germans (see my comment on your previous posting) is that they do not understand a free society, not like we British do.

You are quite right, "The vehicle has not been approved in Britain for road use, despite protests from Segway loyalists."

This and more can be read at the link below which tells the story of the recent death of the British man who bought the company last year.

Segways are also banned in many cities in USA although the police force use them in others.