Apple crumble and the supermarket dash 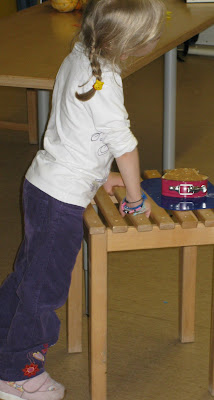 Off to the oven with the crumble 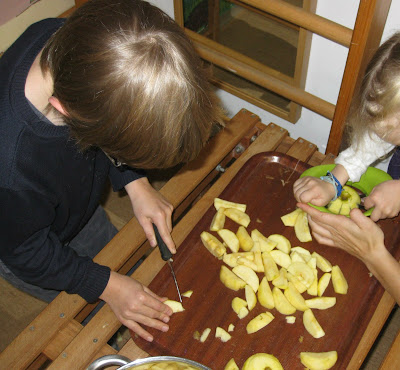 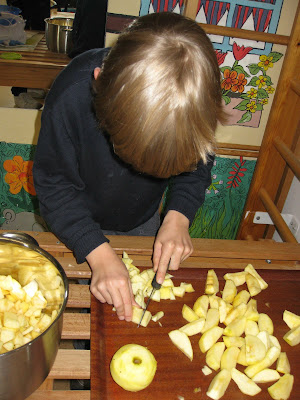 Sometimes I hardly believe what a wonderful team we have developing in the lives of our little ones who attend mainstream school. Every single person involved in their lives is determined to succeed.

Last week one of the school assistants asked whether, on the day that she visits "Petö" to pick up tips and ask questions, she might do some cooking with the children. Not only that, she offered to take the children shopping for the ingredients on the way over to us from school.

The school assistant later showed me the photos and the videos of the children that she had taken in the supermarket. I could hardly believe my eyes. It was hard to believe that she had had the chance to take photos, but the two children are really independent.

There were pictures of Little Princess, who nly three months ago started to walk home alone, and her mate the Jolly Prof., who had learnt to walk independently two years ago, whizzing around like mad things with their own hand-made shopping lists made in the group last Friday, each with a little shopping trolley. There was a video of Little Princess hanging on to her trolley and chasing Jolly Prof. with his, both of them shrieking with joy! I do hope that the other customers enjoyed the sight as much as I did on film.

In Germany we have child-sized trolleys in many supermarketsIt was these that the two children had been using today.

They did not seem to mind that they were eating their lunch at three in the afternoon, or that the apple crumble that they cooked was not out of the oven ready to take home for tea. They had had a whale of a time and had no idea that they were "at Petö" for the afternoon!

When I was at the Petö Institute we had lots of wonderful role-play mornings and afternoons, enacting real life in the group rooms. I am so happy that with this wonderful team we are able to do more than role play. We do the real-life action, and even get it down on film!

I do not have the photographs of the dash around the supermarket yet, but I do have some of the cooking action.

A big thank you to the classroom asssitant who set off this spontaneous spot of action!