We should be singing at the tops of our voices 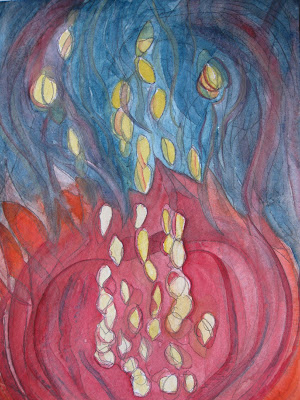 From singing to speaking, in many difficult steps

Type in "singing", or "learning to sing" n the search box at the top of my blog and look at how many times it gets mentioned in relationship to my work. In particular in the stroke groups.

Here are a few of them:

I have known one member of the stroke group for a long time. When we met she couldn’t utter more than one-word answers and I couldn’t speak German very well.

We spoke a bit of English, which she understood, and sometimes she could answer with more than one-word “sentences” .

What we soon discovered was that this lady could sing. This was in 1996. In 1992 I had discovered in the Petö Institute that the stroke clients could sing.

In 1996 my client told me that words to hundreds of songs had disappeared but were now stored somewhere very deep in her memory. Most of the tunes however were still there for fast recall, and if they were not then she would read the sheet music and quickly re-discover the tune.

The last step would always be to sing the words. The rhythm was kept going by me and I would also mouth the words and say out loud those that my client had difficulty with.

Through doing this over the course of thirteeen years we developed from one-word answers to flowing conversations. We also developed from repeating words and singing together while sitting down, to standing and singing, to re-joining the choir and then her taking on the job of musical director. My client also assists me in teaching our conductive group to sing!

We use the same method together in the group whenever we have new clients with a severe problem communicating with speech.

My client of thirteen years is still the musician amongst us. She is also the most fluent speaker.

When she phoned me this week to arrange an appointment she spoke to me so clearly, so confidently and with so much aplomb that, when she had finished, I just had to congratulate her. She said that she and her husband had also noticed that once again she had made a huge step forward. The pride that she felt, the smile on her face, wwere tangible.

This, by the way, is a lady who, when I met her three years after the stroke, and still only managing one-word answers, had already been told that her entitlement to speech therapy had come to an end.

That is actually the reason for this posting.

As always on a Friday, I was pleased to find the Guardian Weekly in my post-box last night when I got home from work. I actually fell asleep over it at the kitchen table after my fish supper, but not before I had finished the Diversions and the Books pages. I read this in Dispatches:

Scientists have taught stroke patients to talk again by getting them to sing words instead of speaking them.

The technique known as “melodic intonation therapy”, led to patients recovering their speech after other attempts at rehabilitation had failed.

Doctors are now testing the therapy in 30 stroke patients to assess how many people who lose their speech after a stroke would benefit.

Gottfried Schlaug, a professor of neurology at Harvard Medical School, found that patients who suffered a stroke on the left side of their brain were unable to speak, but could often be taught to sing words instead.”

I just wonder how much money went into all this “research”. Just think how many people could attend conductive groups if given the same amount of money.

Wouldn’t it be nice to be asked?

I cannot be the only person in the world who knows that singing with the stroke group develops their speech, probably more than any other method.

I practised it in groups at the Petö Institute nearly twenty years ago, so there are a lot of other conductors out there who are also aware of this. There will be a lot of “visiting other professionals” who saw it there too.

There are also all the other speech therapists and physiotherapist and other therapists all over the world, who have either been taught this or discovered it for themselves.

How come the “scientists” receive money to discover something that in practise is “common knowledge"?

Come on “scientists” why don’t you start asking around before so much money is poured into researching something that is already known.
Notes
The Guardian Weekly -
5-11 March 2010, p.31 Dispatches
Posted by Susie Mallett at 13:04

Something's gone very wrong with your URLs in this posting...

I will try to sort out the first URL, the rest seem to be working now.

I had a big problem posting anything at all yesterday and I am pleased that this URL is the only thing that didn't work out properly.

Blogger wasn't happy at all yesterday with anything that was copied and pasted. I had to re-write everything directly into blogger.