Time for another weather report 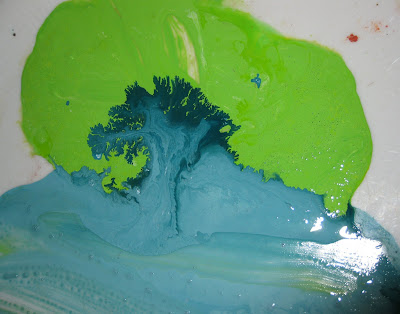 "One of those lovely things that just happens"
25th March 2010

I have been up north again where in the past few days the spring has at last poked out its nose. The crocuses popped up to say hello too. The sun and the spring rain were doing a good job of clearing the huge piles of snow.

I was given, by the weather, at last two or three chances in the twelve days that I was there to get out to walk in the still cold but warming and greening hills.

Back now in my gorgeous and much missed flat I was really happy to see when I got up today and went out onto my balcony that the tree where the birds feed has also realised that spring should be showing its face here too. There are tiny dark red leaves shooting on the prunus and the soft, fluffy casings around the leaves of the acacia tree are beginning to split open.

Although there is always so much to do when I get home again I had planned to go for a wander around the neighbourhood to see if spring had brought anything bright and cheerful. I just wanted to observe the changes in colour, to take note of the retreat of the greys and the return of the purples, oranges, whites and yellows as the first signs of spring blooms appear in window boxes and front gardens.

My well intended plans have amounted to nothing. I was just about to get myself ready when darkness fell in the flat. I thought that the power had failed before realising that I had not had any lights on, and the computer was still working.

I looked outside and what did I see?

Snow! And then lots of rain.

I snuggled down in the cosy flat with all the newspapers, letters and books that had arrived in the post while I had been away and I soon forgot about the planned recce of "spring in Johannis"!

I had already been delayed last night on the train by a sudden storm of snow and hail, and lightning. The lightning struck and caused the ICE train that I was on to make a detour , it travelled for the first part of our route on the slow track.

I didn’t mind the slow train, I didn’t have anymore connections to make, but I do mind, just a little bit, the return of winter weather.

The only good thing about this prolonged winter weather is that I can wear my winter clothes a bit longer, I prefer them to summer clothes. I love the cosiness of being bundled up, but I don’t like the snow boots very much anymore. They are the only way I can keep my feet warm but are so clumpy and cumbersome.

At least now it isn’t so cold that the snow stays on the ground so I could put away those boots until next year. Or should I wait just a week or two longer?

Weather Report, “A remark you made” –
http://www.youtube.com/watch?v=F02mBkBoMQw&feature=related