Spasticity, cobblestones and the Christmas Market! 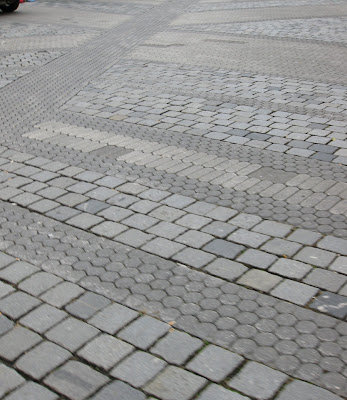 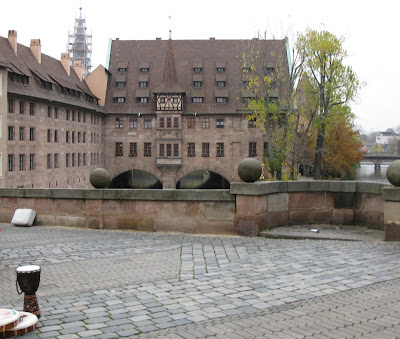 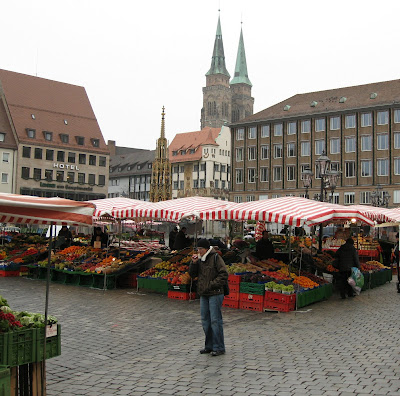 Wheelchair users in the middle of old cities

I have been talking to my clients about the Christmas Market in Nürnberg’s main market square. We were discussing with both children and adults the difficulties they experience visiting it.

Some do make the effort once a year but usually early on in Advent and in the afternoon before the crowds arrive but also before the magic of darkness descends. They can by going then hope to avoid the crowds, elbows in faces and people stepping backwards and landing in their laps.

Some children said they don’t go at all because of the difficulties finding a parking place nearby. Many of them don’t like the underground, it is loud and startling and the tension they feel in their bodies isn’t worth the effort.

No gingerbread houses in our square!

This main square was badly damaged during the Second World War and is actually surrounded by relatively modern buildings the likes of which these days would probably not get planning permission, especially in the middle of a nine-hundred years old city.

It isn’t actually the buildings that are a problem, although compared to the main square in other German cities ours is a bit of a let down. What is very difficult to understand is the reasoning behind the laying of cobblestones. These are modern stones but never-the-less still very bumpy. They don’t make the square look oldie-worldie as it isn’t and never could be whatever was done to it, because of the modern buildings and of course the modern cobbles!

The cobbles do function well in preventing cyclists crossing the square, your brain would get shaken and not stirred if you attempted to cross it on two wheels, I tried it although it isn’t allowed and dismounted after about 2 metres!

And what about four wheels?

The problem is that these “nostalgic” cobbles also stop many wheelchair users from going anywhere near to the middle of the old city. Exactly the opposite of what the city wants with all the other accessibility programmes they undertake. I hear that it is not so bad if you have a very robust road worthy electric wheelchair but I know from experience that for the run-of-the-mill wheelchair with no motor, for its user, and for the pusher, cobbles stones are just not worth the trouble not even for a glass of Gluhwein and a bratwurst!

When I arrived in Germany for Christmas in 1992 my friend took me on a special trip to see the market, it was the one and only time we went there together, it was just too much for him in his wheelchair. Spasticity and cobblestones, just like spasticity and underground trains, do not mix.

If the feet are not kept in place on the foot rest with straps then they are forever shooting forward. This means that the person in the wheelchair slides deep down in the seat and as the legs stick out further people start tripping over them. Double pain! From the shooting spasm and from the other people getting tangled up in legs.

If it is possible to get the legs safely back on to the foot rest the next task will most probably be a trek to the nearest department store or to the back of the Town Hall to find a suitable toilet. Spasticity and bladders are a difficult problem too.
Tallinn

The worst cobblestones I ever experienced was when I accompanied one of my clients on a trip to Tallinn in 2004.
Luckily it was only a one day trip from the cruise-liner we were holidaying on. I don’t think I would have survived those cobbles for more than a day and certainly the wheelchair user I was accompanying wouldn’t have held out for much longer than he did.

The streets in Talinn were cobbled with large stones that rose in the middle by about two inches. The curbs were at least eight inches high and there were many little side streets to negotiate. The pavements were interrupted by deep gullies every two houses. These gullies lead the rain water from the rooftops to the gutters. We just couldn’t decide where the best place was to ride, out of the way of the traffic and through the never-ending gullies on the pavement or on the bumpy and narrow road.

By the end of the day my companion had so much pain in his spine and my upper arms and wrists were aching badly. I was very glad on the walk back to the ship to feel a pair of hands come from behind and took over for the last few yards to the gang plank. The young man from our travel group who had rescued us just tipped the wheelchair backwards and did a much smoother two wheeled sprint home!
For art's sake!

In Talinn these cobbles are ancient, the streets hadn’t been renovated for years, there was no alternative. In Nürnberg the whole of the city centre has been rebuilt. Its cobbled stones are new they have been put there for art’s sake!

I wonder if things will change as our population ages and more people start using walkers and wheelchairs to get out and about.

Will these people have a stronger voice than younger people with disabilities? Will they be heard?

Will the trendy cobblestones disappear?