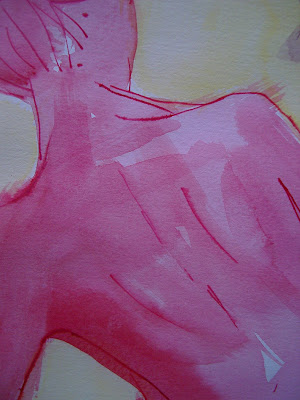 The salts of life. Get healthy and stay healthy with Dr Schüßler’s mineral salts.

The famous natural medicine doctor, Dr Schüßler, was of the opinion that many illnesses can be traced back to a disturbance in the mineral, or cell salt content in our bodies. With the homeopathic preparation of certain minerals the natural healing abilities of the body can be boosted.

Herr Heepen will introduce the gentle and effective healing qualities of the mineral cell salts described by Dr Schüßler and will inform on their use in every day health problems.

Unfortunately I cannot attend although I would have liked to be there. Schüßler salts are used by many people in Germany as an alternative or addition to everyday medicine. I have some bottles of them standing in my medicine cupboard right now.

Dr András Petö described just such salts in his book, Unfug der Krankheit - Triumph der Heilkunst (published under the pseudonym of Dr.med. Karl Otto Bärnklau). The use of Schüßler “cell salts” is in fact just one of the many methods of healing that Petö described.

Petö related the different salts to astrological signs of the zodiac and the astrological qualities attributed to people born under these signs.

I have googled Dr Schüßler but have yet to find an article on him or the cell salts that makes the same connection. Perhaps this is an original “Petö Thought”

This is one of the big problems that I have with this “Petö” book. There are no sources of reference stated so it is extremely difficult to establish what could have been an original Petö Thought and what parts are describing the ideas and work of others.

Petö often stated who he was quoting at the beginning of a chapter, but as well he often mentioned people in the middle of paragraphs, and at other times he wrote whole chapters before mentioning anyone. And some chapters are so full of names that it is difficult to follow the gist of the matter!

I have tried to write a list and index of all the people mentioned. I pick out a few of them now and then to google. I like to try to get some idea of some of the influences on original “Petö Thought”!

A few of those with a mention are:

(13 October 1821 – 5 September 1902) He was a German doctor, anthrolpologist, public health activist, pathologist, biologist, and politician. Referred to as the Father of Pathology” and founded the field of social medicine.

Both born in the 1860s. In 1897, they translated Leo Kofler's book The Art of Breathing, and developed a holistic approach from it :

Verbal and also non-verbal communication are governed by posture, mobility, wakefulness etc. These terms describe not only the external but also the internal characteristics of a person. Thus every enhancement of external physical features also influences the state of mind and therefore the development of the personality.

Quoted by Petö as saying that the health of the soul and of the body have more connections with each other than society in general would like to believe!

He was mentioned in the chapter with the title “Man must be treated in his entirity”. Kneipp is still a very popular “cure” in Germany. All sorts of preparations are available and many clinics and spa towns offer “Kneipp rehabilitation”.

There in this one chapter Petö mentions at least a dozen other names on one page, including:

He was the Hungarian inventor of Iridology.

The Wikipedia translation of this is so funny that I have printed it here as it appears:

...Some of his contemporaries instinctive genius, he saw a genius, others charlatan, impostor stamped. If alive today, probably all pletykalapok (gossip columns) and scientific journals would have it - many people admired hero, many of them convicted, but it is certain that no one would be indifferent towards him.
As I read some of the chapters of Dr Petö’s book I like to think that I can recognise where some of his conductive practice could perhaps stem from but as the references that Petö makes in this book were never referred to in my training it is only a matter of guesswork and maybe even fantasising on my part.

My favourite find of all is Dr Robicsek. He is mentioned in relation to breathing and fighting sleeplessness. Petö actually described exercises that Robicsek suggested to encourage sleep.

He is one of my favourites because of what Google came up with:
Dr. Francis Robicsek was born in Miskolc, Hungary, in 1925. After his medical education he was in charge of the Department of Heart Surgery at the University of Budapest until 1956. Since that year he has practiced medicine in Charlotte, North Carolina, USA, and is currently chairman of the Department of Thoracic and Cardiovascular Surgery, Carolinas Medical Center, and Medical Director of the Carolinas Heart Institute.
Dr. Robicsek is a man of many talents. As a result of his research in hemodynamics he was appointed Adjunct Professor of Bioengineering at the University of North Carolina. He is also renowned for his expertise in the history of Mesoamerican cultures, especially the Maya.
Google also found me an abstract of a paper presented by Dr Robicsek called Das Herz: Organ des Körpers - Sitz der Seele ( The heart: organ of the body, home of the soul).

This paper is about the Mayan ritual of extracting the heart of animals and humans in acts of worship.

What interesting information, Susie. Thanks for sharing your research with us.