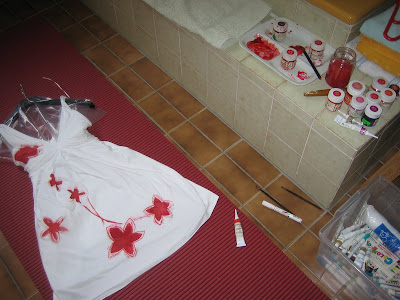 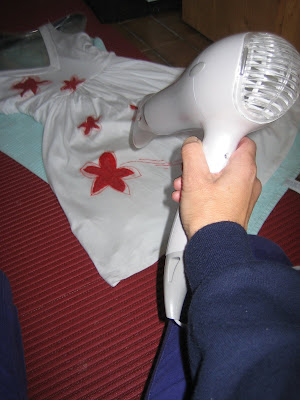 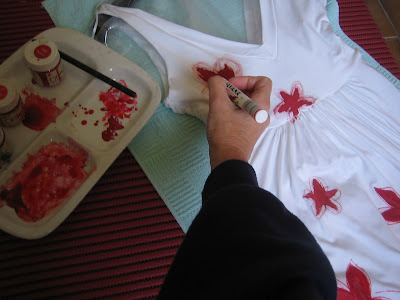 I have lived in Germany almost as long as I lived in the house that I grew up in.

All my family live over the water in England but over the years I have gathered another family around me here in Nürnberg.

I meet with my German family every now and then, we phone regularly and sometimes even have parties together.

I have a sort of brother- and sister-in-law, pretend parents, nieces, nephews, and the friends of all of them. I even have a sort-of-step-son, who says I am his second Mum. As he gets older I think that he is becoming more a friend and computer emergency service!

Some of my "sort-of" family go to the theatre together, some of us find a café for an ice cream in town, some meet in a huge group to go for an annual walk in the autumn countryside, and others have pottery-making days together. I do all of these with different sort-of-family members and it is lovely for me to have them all.

As we get older there are special "big" birthdays that we get together to celebrate and more recently also weddings. Just as with my real family in England, the German family is always there when I need them, and I try to be there when they need me.

Just such an occasion arose this weekend

It made a change that I was the one who was needed.

My sort-of-step-son is coming up to his final exams at University. He is studying media design, I think that it is correct to say he is a film-maker.

We started making films together with my then new video camera in 1994, just a few months after we had first met. He was just nine years old.

He would spend hours during the week writing the most detailed film scripts imaginable, and would spent the weekends with me and his Dad filming them.

We were everything in three

We had continually to swap roles as and when necessary. Cameraman, actor, make-up artist, set-designer and costume-maker.

The last two of these roles usually fell to me and it is the role of costume-designer that I have been called upon to fill this week. I have been called in to paint the dress for the star of his final film at Uni! THis degree film.

What an honour and responsibility.

The white dress was delivered to me last weekend. It has been hanging in the bathroom all week and the idea for the art-work has been hanging around in my head, waiting for the time and inspiration for it to fly out of my fingertips.

This idea actually appeared immediately that I was given the “job”. An the moment when I was told the background story of the film, a psycho-horror-thriller-murder-mystery I knew just how I would do it. Actually it is more accurate to say that I knew just how I wanted it to look but I had yet to work out the steps to achieve this.

I started to paint my ideas on to the dress at six a.m. yesterday, as I was suddenly inspired to start painting before I set off for work. Time was also an influencing factor, the dress was needed.

Last night I decided to leave the “canvas” hanging over the bath with its red blotches resembling blood stains, part of the scenario from the forthcoming film!

I waited until today to turn the “blood stains” into a design of beautiful red flowers trailing across the dress.

I had got to bed early last night and I was up bright and early today to complete the job in double-quick time, by the light of the early-morning sunshine flooding into the bathroom.

My bathroom is huge and doubles up as garden shed and artist's studio, as well of course as being used for the usual things a bathroom is used for.

It is not yet midday and the mission is accomplished

The dress is ready and waiting, hanging at the front door to be collected by the scriptwriter- director-producer-cameraman-lighting-engineer-sort-of-step-son sometime today, whenever he gets time. He is busy at the moment, collecting a fridge freezer (needed to keep a corpse fresh), gathering all the camera equipment together, buying nourishment for the crew and doing all the other stuff that goes into film-making on a student’s budget.

I will be out at the next “bits-in-between for conductors” when he calls so I will wait eagerly for a text message to hear whether my latest "work of art" meets with his approval.

The cameras start rolling for the degree film tomorrow and the Ohmrolle film presentations and degree awards take place some time next April. I am hoping that the tickets for this occasion will be less scarce than in other years. The students give them out to the people who could maybe enhance their careers. Family-members, especially from the sort-of-family, get what is left over.

But I have been promised a copy of the film.

Good luck with the filming, sort-of-step-son! I hope that it all goes to plan, I know from past experience that there won't be one detail that you will have forgotten.

I hope the dress is up to your high standards, I am sure your latest film will be just as successful as our 1994 “Bandit and Ketchup Man” series! Those were really lovely days full of so much fun and leaving such lovely memories, thank you for them.

Text-message arrived, dress design met with the approval of the whole crew. Phew, what a relief!