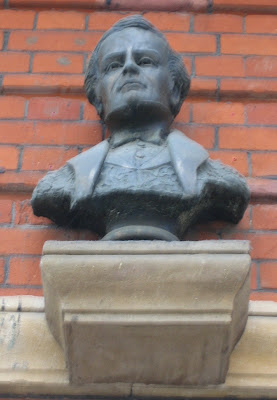 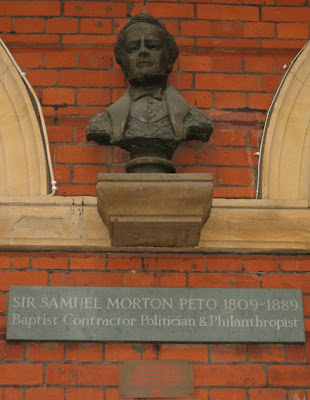 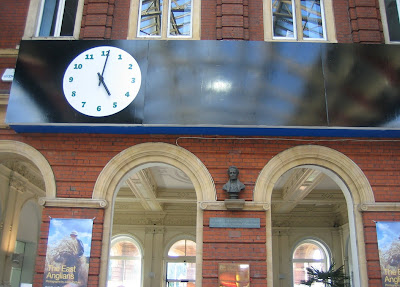 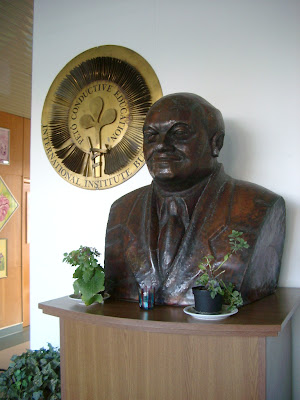 Dr András Petö in Budapest
In my family house?
This is the question that my father and I are asking ourselves, after a hard day's work in the garden.
I am actually sitting beside my Dad trying to type a different posting while he reads an article to me from the local newspaper.
That’s how it always is around the kitchen table, I never actually get down to doing what I plan to do when tea is over and we drink a glass of wine or whisky together. We always seem to start doing something else. Sometimes it is painting, sometimes playing crib, or looking at old photos, sometimes chatting about old times, about my childhood and about my dear Mum.
Today we have been distracted by the evening newspaper.
Dad's Peto, not my Petö
Our attention has been caught by a double-page spread about Sir Samuel Morton Peto, whose bust peers down on to the travellers passing through the concourse at Norwich Railway Station.
But it is not the photographs of some more of his creations, both locally and in London, including the Houses of Parliament, Nelson’s Column and the Lyceum Ballroom, that we find so riveting. It is that the newspaper article reports that, while the Eastern Counties Railway was being built in the 1880s, Sir Samuel Morton Peto lived on the street in which our family home for the past fifty-two years is situated.
As my family home is in some parts three-hundred years old and was in its early days The Swan Hotel, it is very easy for us to start imagining that Mr Peto actually lived here! He could have even sat in this very room were we are sipping our red wine, drinking his pint of beer!
My Dad said that he often wondered as he walked under the bust of Mr Peto each day at work if this Mr Peto had anything to do with my Mr Petö, but maybe the only connection is our house!
Norwich Railway station is almost an extension of our family home. It is a fifteen-minute walk away and, with my Dad being a retired train-driver and with all my travelling, we have spent a lot of time on the station’s platforms, on the engines and in the mess room, with Mr Peto looking down on us.
Samuel Peto was a bit of a social reformer. Together with his business partner, Thomas Grissell, he did a lot to improve the lot of the railway-workers and their families, offering sickness-benefit clubs and reading and writing lessons. He brought them fresh fruit and vegetables and encouraged them not to drink too much. So great was his popularity with the workers, who were some of the best paid around, that they played a large role in his becoming voted Liberal MP for the city.
Sir Samuel built railways and stations wherever they were needed and by 1860 he was the largest employer in the world, building in Britain, Denmark, Russia, Canada and America. Then in 1866 a financial crash, a bit like the present credit crisis perhaps, caused Peto to declare himself bankrupt, but he was very popular and remained a highly respected businessman till the end of his days.
William Gladstone described Sir Samuel as "a man who attained high position in this country by the exercise of rare talents, and who has adorned that position by his great virtues."
Two Petos in my life!
One with "accents" over the last letter, one without. Both well liked and perhaps both with a social streak to their personalities.
And one quite possibly slept in my family home!
The busts of both Petö and Peto have watched over me at different times in my life.
Notes
Norwich Evening News, 23rd September 2009 -
http://www.eveningnews24.co.uk/
Posted by Susie Mallett at 16:05

Yes Norman, this was a lovely surprise in the local newspaper.

I am doing a bit of investigating and I hope to discover exactly which house Sir Peto lived in.