Does anybody know anything about Conductive Education and spina bifida? 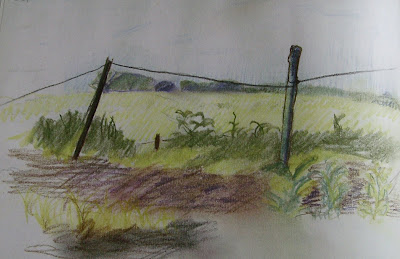 This is the question that Andrew Sutton asked on “Conductive World” this week. Having read what he wrote I can provide a bit more information.

Petö began working with spina bifida in 1953.
I worked with spina bifida at the Petö Institute for a year. It was actually my first year, in 1989-1990, and I have occasionally had spina bifia children in groups here in Germany as well.
Having a spina bifida child in a group of children with cerebral palsy is no different to having a flaccid-toned cerebral-palsy child in a group, or having a MS client who has symptoms like paraplegia in a group where all the others have spastic symptoms. You can fit everyone into a group if you work out how.
Obviously there are different medical factors that have to be considered when working with children with spina bifida, just as there are with paraplegia and MS. But Conductive Education and spina bifida are no more to do with voluntary voiding of urine and learning to walk independently than Conductive Education with children with cerebral palsy has to do with learninng to walk and potty training.
Conductive Education as we know is about much more than this.
The children with spina bifida that have attended groups here in Germany over the years were using a catheter and the district nurse would visit the group several times during the day to assist the young children with this procedure. This would all be organised by the parents for the duration of the course.
At the Petö Institute today
Gill Maguire brought up the question, I think a while ago, of whether there is still spina bifida group in the Petö Institute.
When I was there in November last year I went to find out more about this. There was no one I knew there but I was told that the group is now a mixed cerebral-palsy and spina bifida group. The group leader of the old spina bifida group is still the leader of the mixed group but she was not was not there, as at that time she was in Grand Rapids. I was trying to find out more but Kasey has already confirmed on Andrew’s blog that this group leader taught her at Grand Rapids.
I would assume that the closure of the specialist spina bifida group is due to not having enough spina bifida children, It surely can not be that there are not enough specialist conductors to run it as this was one of the most popular groups to work in my days at the PAI.
The children
The spina bifida children who have been in our mixed groups here in Germany are more like the "Petö" child than are many of the children with cerebral palsy. Maybe this is to do with the “typical spina bifida personality“. They are so grown-up in some of their attitudes. As small children, they talk and talk and copy grown-ups' speech. They don’t only copy though. They learn very quickly to take responsibility for their own lives, perhaps because of the importance of learning to care for their own health from the beginning is instrumental in this.
Conductive Education is really suited to these personalities. This was so noticeable when I was in a group of twenty-five children as I was in the Petö Institute. Even at a time that I could still not understand much of what was being said, I could see the difference between these children and the ones with cerebral palsy, even in the Petö Institute where children with cerebral palsy were different to most I have seen in other countries. All so independent.
The spina bifida children did not have social problems to solve in the same way as the children with cerebral plsy. They somehow appeared more integrated, more adapted to their world. They were incredibly determined to get around for themselves, even if they could not walk. They responded to Conductive Education in the same way as athetoid children do: they loved the realisation that they can solve their own problems.
Some of them really did learn to walk without developing dreadful deformities. Others did not learn to walk but developed amazing determination.
Only this Tuesday I saw one of the children who used to come into our groups. She is now in Italy on holiday with a group from the charity I work with here in Nurnberg.
When she was younger she used to come to our groups regularly until she was about eight. Since then she has only goes on the “conductive” summer holidays. I would say that she is a “a typical Petö” thirteen-year-old.
Erika Medveczky's book
Anyone interested can read about spina bifida and Conductive Education in Dr Erika Medveczky's book "Conductive Education as an educational method of neurorehabilitation."
Dr Medveczky was the neurologist at the Petö Institute for about twenty years and was an ever-present figure in the spina bifida group when I worked there in 1989-1990. The data that she recorded in the second half of the above mentioned book were collected at the Petö Institute between 1987 and 2000.
Dr Medveczky has a longish section on spina bifida in her book. She says that there is now a reduced occurence in Hungary because of screening and multivitamin prevention based on folic acid. She has a lot to say about the tests done before children can begin the self voiding of urine, and the importance on this for longevity, as using catheters often causes infection.
I have enjoyed reading her book. It makes a change to read about Conductive Education with children other than those with cerebral palsy.
I hope that there are some conductors out there who work with spina bifida children, perhaps in Grand Rapids, who have more to tell us on this subject.
Reference
Andrew Sutton - Conductive Education and spina bifida, a failed promise, "Conductive World", September 4th, 2009
http://www.conductive-world.info/2009/09/spina-bifida-and-conductive-education.html
Erika Medvetczy - "Conductive Education as an educational method of neurorehabilitation", Budapest, 2006, ISBN963 229 819 5
Posted by Susie Mallett at 22:53

Thank you so much for this extensive reply. Just what the world needs.