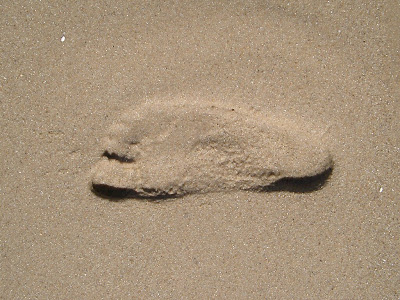 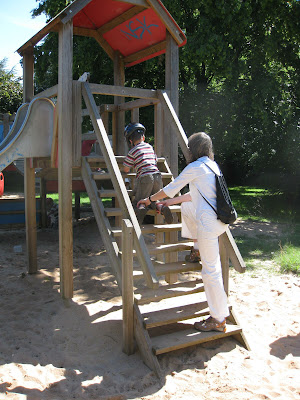 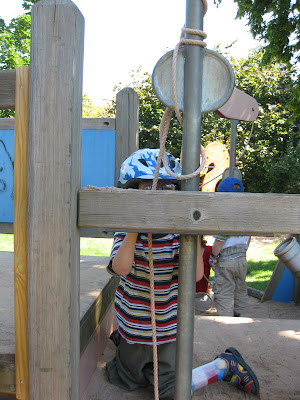 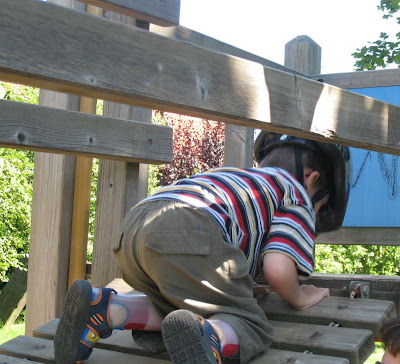 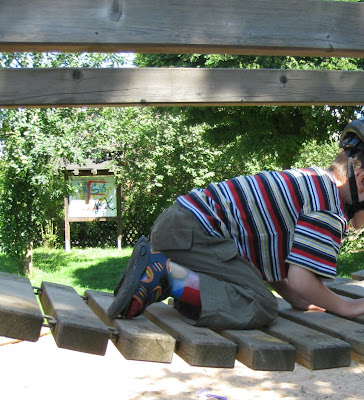 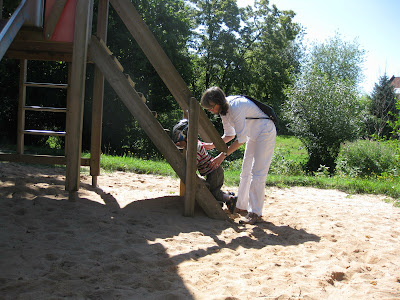 I grew up at the sea-side.

All summer long I had sea, sand and sun. There was, I expect, rain too but I don’t remember it as we swam in the sea anyway.
Six whole weeks with various aunties, uncles, granddads or grandmas looking after all the children at the chalet in Walcot, on the east coast of England.
For the rest of the year, on every spare weekend, we would hop into the car for a walk with the dog on the beach.
The ebb and flood, and the cold, cold wind
Rock pools, sandy lakes formed by ebbing tides, mussels and barnacles on groins, starfish, jelly fish, sand-boats and motorcars. Sandcastles with flags and seaweed, shrimping, crabbing, collecting holes with stones around them and feeding whiting caught by Dad and uncle to our oil-covered but recovering guillimot.
These were all part of my summers, and of my winters, springs and autumns. They are still part of my trips home.

I can always smell the sea, as soon as I get off the train some thirty miles from the coast and I can also always feel the cold east wind ripping straight through my body, making me feel alive.

Several years ago a Hungarian friend came with me to England. She had never been on the beach before in the whole thirty years of her life!
My Grandma grew up with their family house and chemist shop over-looking the promenade at Great Yarmouth She too never went on the beach but that was through choice. My Hungarian friend had never had the chance. I just couldn’t wait to give it to her. I was as excited as she was.

What was the biggest thrill for her?
I don’t remember any more. I suspect that it was just everything in one big packet. Perhaps a highlight though was the huge sandcastle-building project that took all day, followed by the wait, perched in the dunes with an ice cream until it was almost dark, for the tide to come in and the waves slowly to wash the castle away.

The pleasure for me came from seeing someone enjoy as an adult what I had first experienced as a baby, and of which I have no recollection. I know that I have always loved the sand between my toes and the tingly, cold salty water in winter on my legs, the sharp stones piercing my feet and the round ones warm and soothing. But I don’t know a first time for any of this.
Footprints in the sand
So I loved best of all watching my friend’s first steps on wet sand. She leapt down from the sea wall for the first time and stopped almost immediately in her tracks. We wondered why.

She hadn’t previously known that when you walk on wet sand that the water comes up into your foot-prints, and that as you lift your foot there is for just a second or two, a puddle left behind.
My friend walked for several yards with her head turned looking back at the row of foot-prints and puddles. It was a delight to watch as she observed how long it took for the water to appear and disappear again. Hopping and skipping here and there like a lamb in springtime.
Wanting to be arty

For the past few weeks, when the “Petö” blocks ended and I only had individual-conductive and art-therapy sessions to fill my days, I have been working in the integrated Kindergarten.

My main project has been to produce some big works of art for the different offices and children’s groups and centres that the charity that I work for runs in the city.

I wanted to get the children to work in pairs and to discuss their work, and decide together what they would paint. I wanted whenever possible to pair up each of the children with a disability with a child without disabilities. This worked very well and we now have a collection of delightful pictures.

But this posting isn’t about that.

It is about the first day of this work, when I had turned up having ridden there in warm sunshine. It was the first sun that we had seen for weeks.

The group had decided spontaneously to grab the sunny opportunity for a special outing to the playground in the village, taking sand-toys and bikes and a picnic with them.

There I was, all organised for the first painting day, and no children. What should I do?

I had a choice either to sit in the dark office and do some paper-work or go with them and have a jolly Enid Blyton-type outing, the only thing lacking being lashings of ginger beer.
My first reaction was: “What am I going to do with all these sixteen children in a playground? It would be better if I remain behind”.
Then I told myself that this is not at all like me. I am a creative, imaginative and spontaneous conductor! And so to the pleasure of the whole group, including myself, I decided to go with them, despite the lack of ginger beer!

What a sight the crocodile must have looked, a trailer-full of drinks and picnic rugs, three big tricycles adapted for little bodies that don’t do quite that what their owners would like them to do, and three adults strategically placed to keep the crocodile moving, albeit in a somewhat drunken style.

As we arrived I realised that I was going to experience something very similar to the story of my Hungarian friend who I had taken to the beach. (Incidently, she was actually there at the playground too. )

One of our little boys who attends both the Kindergarten and our “Petö” group has recently discovered his feet, and his voice, and his independence over the past few weeks. Just in time for starting school!

He and I started at the playground with our usual practice of getting him disentangled from his trike, all made much more difficult because of all the extras, like foot-rests and banana saddle.
Dismounted at long last, he told me: "Susie, you will have to help me as I am going up there” pointing to to a huge wooden construction with steps and rope ladders, sand-chutes and pullies, and a slide. I said: "Off you go then and tell me if you need me for anything".

It was his first time ever alone amongst his peers on such a contraption. It was a delight to watch and reminded me of the story of the beach. There was that self-same look in his eyes, and the self-same smile on his face, and the self-same amazement in his voice.

Did he need any help? Yes, but just a little, only to stop his feet slipping and sliding in the sand on the first set of steps that led up into the heights of adventure. Apart from this, I gave only a few, hands-free tips as to where he could get a better grip and how to make himself feel safer.

I watched in wonder as for the first time in four years I saw him crawling with opposite hand and knee, and not hopping like a bunny. I think that he was afraid to bunny-hop across the ladder but, whatever the reason, it doesn't matter.
So he does know how to crawl after all! And having learnt to do that knee-stand makes all the difference too!

As has happened often in these past few weeks of new-found independence, this little lad cried when he had to come down for drinks and morning circle. These days he often cries a few soon-forgotten tears when he has to go home or stop what he is doing, especially if he is playing on a toy that he hasn’t been able to use alone before.

As determined as before, as soon as the circle was over, he was back climbing the steps, up and across the rope ladder (alone), shovelling sand like no body's business and then finishing off with a slide back down to his bike. No tears this time, just huge, happy “ I did it” smiles.

A remark made to me on the way home by the Kindergarten leader, who a few years previously had no idea what Conductive Education was, summed up the morning, a morning that I had nearly missed though my own doing. What she said made me forget completely about the postponed painting project, which is still there for a rainy day.
Making a mark
She whispered in my ear. “It was nice to see you, Susie, doing Petö in the park.”
And it was so nice for me to see that little boy “living” in the park. Seeing him making his own footprint in the sand.
Posted by Susie Mallett at 13:03

Another lovely story, Susie. Thanks for sharing!

Nice to hear from you Kasey.

I thought about you as I was posting this one.

Hope your work is going well.

I think you have a well earned holiday soon. Enjoy it!