The world goes round 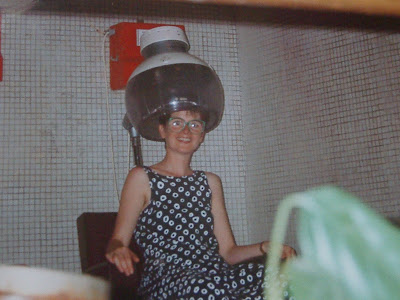 Being silly in the oldie-worldie underground at the Gellert Thermal Baths, Budapest, 1993

It is not just the development of toys that is benefiting from the hair-raising techniques of modern science!

Information goes from one hand to the other so quickly these days, thanks to the wonderful world of cyberspace. Sometimes it comes in from so many different and unconnected sources yet with such connecting themes that I begin to wonder whether there is in fact someone up there influencing what gets sent into my mail box!

I just received a mail from the boss of the charity that I work for in Nürnberg, to confirm our next meeting. Enclosed was a link to an interesting article which, translated literally into English, is called, “Wheelchair allows itself to be steered by thoughts”:

Does this remind you of something? It all sounded and “looked” a bit familiar to me. Especially the picture on the site, illustrating this new scientific development.

The picture is exactly the image that came to my mind when I read Andrew Sutton’s posting “Hair: new toys don’t have this problem but it makes you think”, in which he describes working with EEGs in the seventies.

Below is a rough translation of some of the German article. Unfortunately I haven’t found a link in English yet, but if anyone does find one please let me know.

“Researchers at the University of Saragossa have developed a wheelchair steered by thoughts. The system uses a sensory helmet with electrodes to keep a watch on the brain activity of the user through EEG.....

A laser-scanner an the front of the wheelchair is used to record the surroundings and any obstacles in the field of vision, up to 180 degrees. The scanner displays a 3D plan, on which a blue point moves. The user controls the movement of this blue point by concentrating on where it should go. This activity in the brain is converted by the EEG to indicate where the wheelchair should move to next.”

The report says that Javier Minguez’s team has a lot of work to do yet and that there are lots of weaknesses in the prototype. Most importantly, it is very slow, needing one minute to process two thoughts.

The toys that Andrew Sutton mentioned may be just a craze but could the same technology lead to the breakthrough that so many people who long to become independently mobile dream of?