A nice start to the week 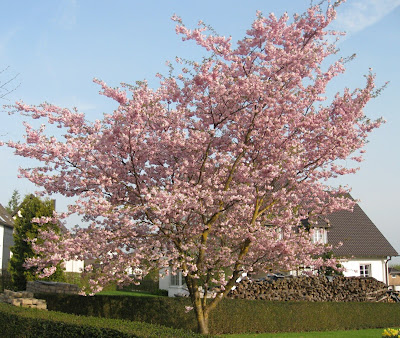 Last to come into the group this morning was a six-year-old girl who entered the room under her own steam, by tricycle, with mum jogging beside her to assist when the steering didn’t quite go according to plan.

There was just about time before group started for her to get down from the bike and move over to the ladder-back chair that was awaiting her arrival.

And then, what a performance she gave! It was her very best! With her eyes glued on Mum to see her reaction.

Mums everywhere - please make time to do this as often as you can. You are often by far the best motivation that a child can have at these special beginning-and-end-of-day moments.

This particular Mum isn’t always there in the mornings, she is often at work. On these occasions it is Granddad who has the pleasure of being the steering assistant.

So this was an opportunity not to be missed, a time to show off. Time with an audience that was all hers, in front of whom she could give her all. She could show Mum all that she has learnt in the past two weeks.

Could it be that magic in the air again?

We walk with the ladder-back chair on many occasions during the day and while doing so we have discovered a trick that appears to both of us to work magic!

This child’s left foot just won’t do as it is told at the moment. We are sure that it will soon learn but it isn’t behaving as the right foot would like it to. Instead, it turns inwards and sometimes even gets in the way of the other one.

A few days ago we came across a “trick” that this little girl uses just until her foot does what she wants it to do without any tricks. It was her walking with the use of this trick that she demonstrated to her Mum early this morning.

When she stepped with her right leg this little girl looked at her Mum and when she pushed the chair she also looked at Mum, but when she stepped with the left foot she turned her head slightly to the left and Bob’s-your uncle, magic: a foot walking in a straight line. She knows that it is just a trick and is already trying to put her foot in the correct place without using the head movement, but it was a really good show for Mum who left for home, after a big hug and a kiss, with a smile on her face.

That was magic with its chain reaction!