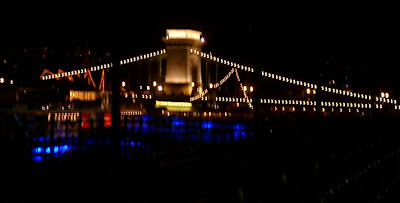 Andrew Sutton referred recently in his blog to a TV programme first shown in the USA in 2004. I read the transcript of this show and, as Andrew reported, it is a truly awful account. Reporting that Conductive Education causes pain and tiredness in children. Really!

Here is just one small piece of what I read:

“Most of the time, it's hard work on hard wood for these kids. A group of six-month olds may be ready for a nap, but instead, they’re working on a table called a plinth. Petö modeled it on a Nazi concentration camp bunk with little cushion or comfort. The idea is to force a child like Blaine to feel the movement -- a controlled and constructive use of pain.”

One of the parents responds with the following:

“He [Blaine] has bruises. All the kids have them and they laugh about them, because they’ve been working so hard,” says Blaine’s mother, Lesley.

I have been thinking about these few lines on and off ever since I read them and asking myself a few questions.

Why is it that many people think that children with motor disorders should not get tired after a full day of activity, just like other children do?

Why do some people think that children with a motor disorder should not hurt themselves when they play just like all other children do?

Why is it that some people think that children with motor disorders should not go home with bruises after a day full of play, just as other children do?

It is lovely to see children playing together or alone, playing so hard that they drop off to sleep anywhere. Arms and legs and head drooping just like a rag doll as they are carried to bed.

Why is this lovely state of exhaustion so often denied children with motor disorders, or even frowned upon? These children are children too. Children who should also be allowed to tire themselves to exhaustion.

Many times I have heard how, after a first conductive session, a child has slept all afternoon or has aching muscles, or bruises, and had questions inquiring whether this is normal.

Often we are asked what have we done to the children to make them so tired. Some parents are surprised: they have never seen their motor disabled child exhausted by play before. The children will have used parts of their bodies which are rarely in action and have got aching muscles. This is often a new experience for their parents too.

Most parents are satisfied with a calming reassurance that their child is now experiencing what is normal for all three- or four-year-olds who have just started attending Kindergarten: they fall asleep in the afternoon. These children carry on attending the conductive groups.

A few parents, though, are so shocked by the experience of a tired and bruised child that they stop coming to the group, returning home to wrapping their child once more in cotton wool.

A similar example comes to mind, not this time with children but with a teenager. My client wanted so much to march the hills with his dad and brother in the Schutzenfest march. So we trained together for weeks. He reported to me afterwards that many “omis” ( he meant old ladies) called to him from the crowds lining the streets saying: “You don’t have to do this!”, “Oh you poor boy you must be so tired.”, “Sit down and have a rest!”

These remarks upset him, he had put his hands over his ears so he couldn’t hear them any more. He was so proud of the work that he had put in to achieve the fitness needed to be there beside his Dad, yet here were some people trying to take it away from him. Thank goodness there were twice as many cheering him on, praising him for his achievement. He couldn’t understand why these people took it for granted that his twin brother was there but thought it all too much for him.

Fortunately he is a very determined young man. He stayed at it and completed the march, not once but three times over the weekend. He had aching muscles but the whole family including his very own Oma (Grandma) had huge smiles on their faces.

These are children and young people like other children. They just do not move about quite as much as non-disabled children, unless encouraged to do so.

Tiredness is a natural state of being after a hard day of physical or mental work.

It is difficult to get tired through physical work or play without hurting oneself and acquiring a bruise or two along the way, as all conductors will know from their personal experience!

As a child I learnt to count in the bath, by counting the bruising on my legs as I washed away the grime of the day’s play . I learnt about more and less than by comparing legs, I learnt about big and small by comparing sizes. I learnt the names of the colours that occur at the different stages of bruising lilac and pink, yellow, blue and green.

A child with motor disorders may have even more bruises than I had as a youngster. Often they have very bony arms and legs and many bruise very easily. I doubt whether there were any children in our group last week without a bruise or two, and no conductor either. We were all working flat out, and a bruise or two is all part of our day’s work.

I do not stand behind each child to prevent an elbow or a knee hitting the wall as they walk past or banging on to the plinth as they roll over. If I were to prevent this pain each time, then they will never learn how to prevent it themselves.

Of course, I hope I will be there to grab hold of them whenever they decide it is time to roll off the plinth!

In the British news this morning was the announcement that the new Chief Scout has been chosen to take over the five-year post from Peter Duncan later this year. I am a bit out of touch with what goes on in the TV world in general as I have no televison but I do know who Peter Duncan is as he was a former presenter of the long-running children’s TV programme Blue Peter.

By the way, when I was an art student in Farnham, Surrey, I used to see the famous Blue Peter dog Shep going for a walk with John Noakes along Farnham High Street.

I must admit that Bear Grylls is a name that I do not recognise. He does, however, sound a bit rugged, an ideal choice to fill the post. He is a real live adventurer, ex-SAS, with his own survival TV show, and this is what the Scouting movement is all about. About testing your limits, learning skills,having fun and while doing so getting tired and bruised and healthy!

It seems that there is something of the 'Scouting Spirit' to be seen in a conductive upbringing.

You are right there is probably not a conductor in this world who does not go home every night without a new bump, bruise or scratch, and the children are no different. I understand it can be worrying for a parent to see, but ask the child and they will often happily say that it was a result of them working hard, it is almost like they see it as a medal, a reward for acheiving something. I had a child arrive one day with various bruises on his legs and was obviously worried, that was until he told me with great pride that he was black and blue because he had spent hours using his new walker.