I got there just before the end 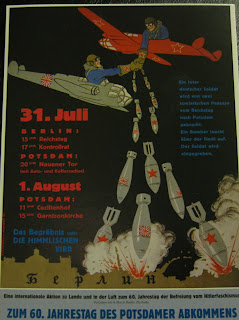 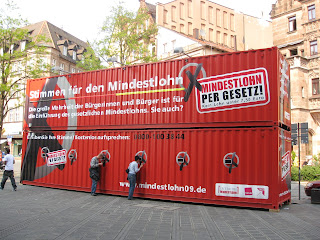 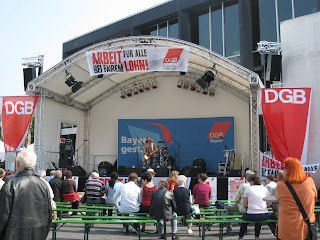 That’s the story of me and Socialism

Most people from England probably won’t even realise it unless they live in a traditional village where children still dance around the May Pole on May 1st, just as I did as a seven-year-old.

That it is a day for the workers to have a voice is long forgotten.

In Nürnberg yesterday the workers could be heard loud and clear. There was the usual march through the city, with red flags and banners flying high. As it is a bank holiday the streets could be closed to allow for the parading masses without causing much delay or chaos to the traffic.

The trams and buses on the south side of the city were out of action for a few hours while the parade made its way to the Kornmarkt the (Corn Exchange) so people, including me, were out in their hundreds on bikes.

At the Kornmarkt three stages had been set up for political speeches and for live performers with their protest songs. Surrounding the stages were beer benches and stands selling food from different countries, and tables displaying information from the various political parties, trade unions and socialist organisations.
Thanks for the memories
I missed the actual parade, I had slept too long! But I was there in time to enjoy the party and to collect some memorabilia, lots of posters, red paper flags and balloons for the children at work.

That about sums up the story of me and Socialism. Too late to experience the action.
That's just how it was with my arrival in Hungary. I moved there in September 1989, just in time to collect the memorabilia which were always to be found on street corners in the tourist areas of the city.
There were hats and hat badges. and sometimes a row of old army boots and wonderful reproduction Russian pocket watches. One really odd, eye-catching article which was sometimes to be found, especially in those early post-Communism years, was a very small, empty tin, containing nothing but air and with a yellow label saying in red:
LAST BREATH OF COMMUNISM
It was an interesting time to be there, watching the red stars falling, the statues being removed, the street names changing and the Trabants and Ladas being replaced by Renaults, Fords, and Volkswagons.

Just like today in the Kornmarkt in Nürnberg, I had fun in Hungary but I would have found it even more interesting to have arrived a little bit earlier.
Here in Nürnberg I will have another chance. There there will be another parade next year. In Hungary it is an era gone for ever, to be experienced only in books and film and from memorabilia still on sale on street corners.