The stroke group – or is it the Magic Circle? 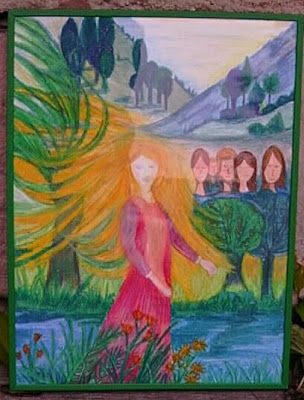 I had my magician’s hat on today!

I was not out there in the group pretending that Conductive Education was magic or anything so daft, but I wasn’t pretending either that I was doing anything other than showing my clients a few tricks which they can use to make their daily lives a little bit easier to manage.

I did suggest that everyone should try to imagine that I was a magician. I was not doing secret tricks, slights of the hand, I was instead being very open about all my movements and words. I was explaining to my clients how to perform the “tricks” themselves.

I would never be allowed into the Inner Magic Circle with its motto Indocilis Privata Loqui, (sometimes I wonder if the old school of the Petö Institute may have also had such a motto). Today I was revealing all the tricks, giving away the secrets!

My clients loved the analogy to magic and kept asking me to teach them more and more “tricks”. In the end I had to be quite strict with some of them, saying that when we have mastered some of those that we already know then we can learn a few more, with memory-training needed too in order to remember actually to use them.

We were not doing anything different to our normal daily tasks but they loved the new dimension given to our work, “playing at magic”. I often use this analogy with my children but it is the first time I have done so with adults. It began as a bit of fun but appeared to bring group members to a clearer understanding of what we were trying to achieve together.

It is very difficult with three aphasic clients in the group, all at different stages of recovery, to know exactly who is understanding what and how much. But somehow in our “magic circle" everything became much clearer!
We laughed a lot too, which is always good “medicine” for the Soul.

Thought for the day

Today, when we all arrived and had settled in, group members started to greet each other and ask each other how they were feeling. There were some goods, and some OKs. I spontaneously asked them to tell us what can make a day a good day and what can turn it into a bad day for them.
One man said knowing what is on the menu for dinner can make it a good day if it is a favourite dish, another said a day can be bad if he drops and breaks something first thing in the morning, the third said that nothing can make a day really bad but the weather can make it particularly good.

Thoughts from these three weeks

There was more discussion later in the morning during a thirty-minute rounding-up session. This was the last day of a three-week block. As always all of us were a little bit sad that the group was ending, the clients enjoy very much the support they give to each other, I enjoy observing their successes. The atmosphere has been especially nice this time, despite my initial fears that the group was so small due to illnesses. As it turned out it was a delight for me to work with these three people, even more than it usually is.
There is at the moment no one in this group who is a fluent speaker, no one who could take over the talking as there usually is. All three have difficulties with speaking, all very different problems, and all of them improving in leaps and bounds. They have all learnt to wait for one another to finish a sentence or even to start a sentence, they have learnt to concentrate and to listen, they have learnt to ask questions, to show emotion in speech and to use a telephone.

They have all asked streams of questions about their bodies and their movements, and chatted to each other about everything under the sun. They have praised each other and revelled in their new found communication skills and the friendships that this brought about.

One particular day they even had me on the plinth. One by one they told me which task to do and asked me to describe how I was doing it. That was a brilliant experience but unfortunately no photos, the moment being too precious to cause a distraction with a camera.

In the closing discussion today one man asked his friend, someone whom he had himself introduced to the group, whether he now knew what “Petö” is and how it differs from the other therapies that he takes part in. There came a wonderful, softly spoken but very clear and confident reply:

“I learn to take notice of the my left-hand side of my body and I see it as a part of a whole, I see my body as a whole, and I try use it all and think about it all in everything I do.”

Not bad I thought for a newcomer.

Another member of the group who is one of the “old timers “ said “ The group is so good for us all psychologically”.

I didn’t put those words into her mouth, I promise.

There really did seem to be a magic in the air today, but no magic wands, black cats or pointy hats to be seen, just the four of us working hard and laughing a lot. We are so looking forward to meeting up again in June.

Just one more snippet.
A colleague walked into the room today and saw me working with one lady. She could also hear the rest of the group doing walking practice somewhere out of sight. In the first instant she thought I had someone else assisting me as the instructions for the movements were coming across so loud and clear and also rhythmically.
My colleague put her head around the corner, only to discover that it was in fact a member of the group doing the leading, the one with the very quiet soft and husky voice. It had changed, just for that moment, to become much stronger and louder, but this was a long enough moment for him to notice what he could sound like and he liked what he heard, and now has he something to aim for.

The Latin motto of The Magic Circle is Indocilis Privata Loqui ,which roughly translates as 'Not apt to disclose secrets'

http://www.themagiccircle.co.uk/
Posted by Susie Mallett at 09:45