Some food for thought 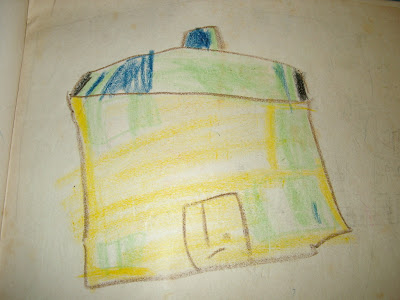 A house. from my first school book, Susie Mallett, 1961
So much for an early night and catching up on three weeks of Guardian Weeklies and Time Magazines!

Well, I did get an early night but I have ended up switching on the computer and I am wide awake again, having come across the following article in the 10-16th April edition of the Guardian Weekly.

The article was not only eye-catching because it is about libraries but also it coincidently mentions libraries both in Birmingham and Norwich (my home town). As I read further, I thought just for one moment that it was actually going to mention “our library” too, the National Library at the Foundation for Conductive Education. Now that would have put CE back on the map again!

I will reproduce it in its entirety and leave you to reach your own conclusions while I go back to bed!

A new chapter for some libraries

In happier economic times, urban regeneration schemes were based on our “flagship” department stores or “ destination” shopping malls. But in the new austerity, the flagship library has come into its own. Birmingham is leading the renaissance with plans for a £193m super-library that will be the second in size only to the British Library.

Across the country, libraries are seeing a rise in use of between 10% and 15% as credit-crunched Britons cut back on buying books and DVDs and turn to library reference sections and computers to search for jobs or find out about retraining. The UK’s busiest library, in Norwich, estimates that a library ticket can save an average family £50 a month.

But while Birmingham marvels at the idea of a library “experience” designed by avant-garde architects, users of small, rather less fancy local libraries are not so happy. At branch libraries hours are being cut, staff reduced and stock not renewed as money is diverted into new projects. The anxieties sound very similar to the rows over whether flagship stores take custom away from smaller businesses.