The MS group - or I guess we all struggle sometimes 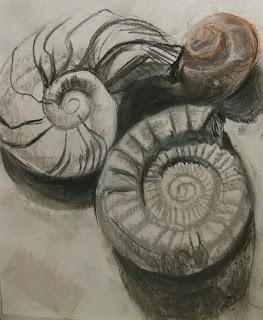 "A struggle for survivial through time", by Susie Mallett 1981
Different tastes
I guess that all conductors have their favourite work. Some prefer mother’s and babies, some are happier with children of kindergarten and school age, others prefer adults. Me, I am happy to work with all ages, although I do have a slight bias towards adolescents and adults.

Within age groups too, different conductors might prefer working with different conditions. I have a particular feeling for children with spina bifida following my wonderful experiences in the spina bifida group when I was a student at the Petö Institute years ago. It is a shame that I shall never be able to find such a group to work with anywhere else. And if you have been reading this blog you will know just how much I love working with people who have had strokes.

Any conductor who works with adult clients will know that there is a huge difference in the atmosphere in all the groups. There is a difference between a beginner’s group and an advanced group just as there are differences between, stroke, Parkinson’s, hemiplegia and brain-injury groups. The atmosphere in a group can be influenced by the weather, the season, the time of the day, the personalities in the given group, and most importantly by the diagnosis of the clients.

Sometimes I find the multiple sclerosis group a struggle.

It is difficult to describe why I struggle with MS, but I often do. It is harder now that I work alone. The best time was when I worked with Raphi, she always sensed the moment to step in and help me out by taking over the lead. It was perfect timing, like a comedy duo on the stage, Morecombe and Wise, timed to the millisecond. She was really good at it.

Now I have to sense this timing myself and when a change is needed I have to do it myself. Go to the toilet, take a break, offer the group a drink, get someone to take over with a word game or we go for a walk outside to get a change of scene. Now that I work alone, all these are tricks I use for myself as well as for the clients.

Sometimes (usually Tuesdays and Thursdays when the stroke group is there), there are really extra specially good days, those are the ones I write about in my blog. They are full of exciting new developments, the clients seem to run the group themselves. They lead themselves on from one activity to another, they are spontaneous and creative, needing only the support and go ahead from me and someone to help to move the furniture. They discuss life, the group, Petö, they put the world to rights and give me tons of inspiration and motivation to carry on writing and developing my work.

There are often days in the stroke group when I an not really needed at all, not to lead the programme, facilitate or do anything to create or change the atmosphere. They are, as I said in my “magic blog”, nearly always in a good mood, not high, not low, but good, motivated and raring to go. I love to see their faces when I praise them for how independent they are becoming.

Of course over the years I have put a lot of work and energy into creating the secure atmosphere for this group and now it works so well, almost each time we meet. The same amount of energy has gone into the other groups but some days it just doesn’t work, and often this is in the MS group, who, when praised often look on the black side and disagree that there has been any progress.

On other days, often on Mondays and Wednesdays when the MS group comes I struggle. Conductors are not supposed to struggle but they do. It is sometimes a really difficult job and not only physically.

Why the struggle? This week on one occasion I thought I was loosing this group, I was struggling. It was a case of what ever I said was wrong, so that in the end I gave up trying to up the atmosphere, and just let them get on with being depressed. I needed a colleague to back me up and emphasise what I was saying to avoid all the contradictions and the depressing negations that were going on.

Alone I had to work extremely hard to keep up the tempo, the concentration of everyone and to keep the general atmosphere on an even keel. At times I felt like an actor on stage alone, reciting a monologue to a disinterested audience, sensing that I was loosing them pulling them back only at the very last minute. This is exactly what happened in the group.

I did everything that I could to get the group rolling forwards smoothly but I had obstacles thrown at me all the way. Negativity, statements that what I was doing was not the same as usual, ( these from a client who had been away from the group for a year and has deteriorated both physically and memory-wise so much that he could not remember the programme. I could not of course tell him that though).

I tried every trick up my sleeve to try to keep the peace, I introduced some extra breathing here, some more relaxation music there, a game somewhere else. I suggested a tea break but this was no good as there was only tea with no milk, I opened windows to let in fresh air and bird song but with the temperature up to ten degrees it was too warm. I felt like everything I did was met by a negative reaction. It is easier when I have at least one of them on my side but today I had no one. One client even suggested that it was the fault of the British that he was so tired.

The clock had been changed as it was the beginning of Summer Time. He told us that this had been brought in by the British with their Grenwich mean time and then all the world’s time zones. And why couldn’t they have made all of Europe the same time, etc etc?”

That was Monday. The despair was there again on Wednesday but I didn’t exhaust myself and cause myself to struggle. I let the MS group do what the stroke group do and decide for themselves. I let the MS group Decide for itself what kind of atmosphere they wanted. They didn’t create a particularly jolly one but it wasn’t too dreary either, I tried to ignore many of the negative quips and got on with our work. I didn’t verbalise this intention, I just kept a back seat. Maybe next time I will tell them that this is what I am doing. Maybe I had worried too much on Monday. I should perhaps have let them discover for themselves what is best or not best, perhaps they will discover ways for themselves to lift the depressing atmosphere to a working one.

A change and a rest

The following day I would be with the stroke group and I could feed myself with some positive energy. But conductors working alone do not really have enough resources to protect themselves from this kind of mental exhaustion and now that I am working alone in the adult’s groups, I cannot ignore the other side-effects of working alone. After three weeks of sometimes three groups a day, which means shoving big adult-sized plinths around the room six times a day and lifting ladderback chairs, stools and rocking boards, and shoving walking bars and ladders all over the place, every inch of my body is aching, despite cycling 20 kilometres most days.

It is no wonder thatI am exhausted

I am now looking forward to two weeks of painting and walking in the hills over Easter with my “painterly” young man.

Thanks for writing this blog posting.

I used to work with colleagues -- now I work alone. I've been doing this for only a short time, and I work with children, not adults, but still...I am exhausted! I truly miss having colleagues during the day.

I just wanted to say that I really appreciated reading this particular posting. It validated many of the feelings I am currently experiencing.

I really hope you enjoy the next two weeks of painting and walking.