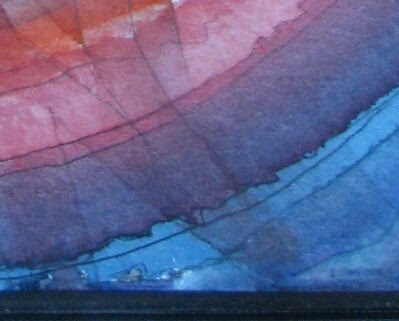 It all seems quite odd to me now to think that last Thursday I was sitting on a train in East Anglia watching the strange weather conditions in the Fenlands and wondering what castastrophe had occured.

Little did I know how much the discoveries that I made that day would affect me!

Today the whole world knows a lot more about volcanoes than it did five days ago. The world has learnt very fast about the effects that volcanic eruptions, molten lava and volcanic dust can have on the immediate and not so immediate environment, with impacts both natural and financial.

I know now that the amazing weather, that fascinated me so much that I had to text my friend about it, was just that,amazing weather. It had absolutely nothing to do with the volcano in Iceland and the masses of dust gushing out of it. Or had it?

What I and many others also know now is that such volcanic dust is not visible to the naked eye but, despite being so inconspicuous, it can still cause chaos! And this is exactly what it has done.

Little I knew on Thursday, as I sat enjoying myself on a train, waxing lyrical to my friend with descriptions of the wonderful skies, that come Monday morning I would not be where I had intended to be. Instead I have been stranded in my own homeland, just as many others have been stranded in other places, ending up being like me in the wrong place at the wrong time.

The place was especially wrong for many people yesterday, Monday, morning, the first day of term in England after the schools' Easter holidays.

Not only are there many people in the wrong places but on the radio I have heard mention of bone marrow for a transplant operation being stuck on the other side of the Atlantic Ocean, roses for the British market stuck in Kenya, and mange-tout peas and other out-of-season-in-Britain fruit and vegetables rotting in various airports around the world.

I actually feel that, despite not being where I wanted to be, and with clients waiting for me, I am one of the lucky ones. I am not sitting in an airport or sleeping at a railway station, and not on a crowded quayside waiting for a ticket for a slow boat to China. I have been stranded amongst friends and family, I am well looked after. I shall have the extra costs of buying a ticket to travel home overland, when there is one available, but I do not have to pay for an extra week in a hotel. I also have something to look forward to: the long train journey across Northern Europe is something that I have wanted to do for a long time.

This weekend saw the end of the Easter holiday for most schools in England. On Monday morning I was wondering how many conductors there might be missing from centres across the country, I know of at least two stranded abroad. Just briefly I thought that perhaps I could help out here in England. I could offer my services until I get home. But that was a short-lived idea. I quickly realised that I would likely be on my way home, even back with my own clients, long before the compulsory police check could be completed. I could probably get on a bike and cycle home in far less time than it would take to be cleared to work here in England.

German airlines are flying again, but that does not help me much as long as British airports remain closed. I shall just have to go overland and make that lovely long train journey that I shall so thoroughly enjoy, transporting myself back in my mind to the times when ladies made such journeys and wrote journals describing their adventures.

I will certainly record the journey, whatever method of transport I use, in both words and pictures.