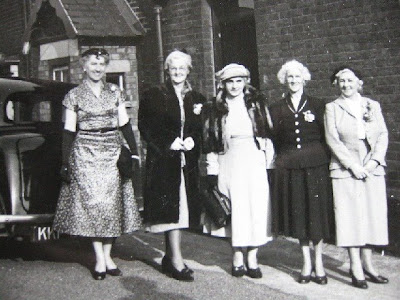 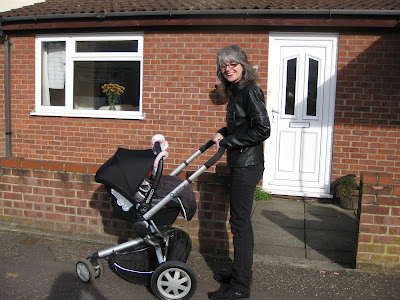 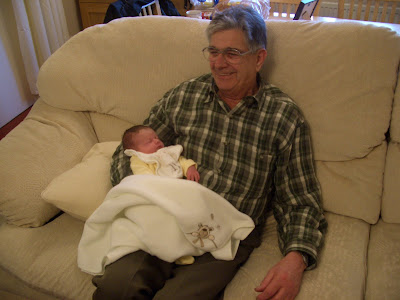 Apparently, I have become a GRAUNTIE!
When I arrrived in the UK for Easter, my brother-in-law informed me that I am now called a 'grauntie'. The whole family now call me Grauntie Susie, which is a bit strange to say the least, as my niece and nephew never called me Auntie Susie in their lives!
I like the name and the role but in other ways I don't really feel like a Grauntie.
I suppose I am greatly influenced in this by the memories and the photographs that I have of my Grandmother and her sisters. In the photograph at the top of this blog all five sisters are between fifty and sixty years of age, the two on the left being younger than I am now! They all looked, and in my memory were, so ancient. I remember them as being pretty, some were fun, they all had lovely clothes, but they all looked so old. In reality I remember them from the age of four, that was from 1961. They still all looked like they do in the photo above.
Time for tea
The visits that we made out to Great Yarmouth, where most of them lived and often gathered for tea, are some of my favourite memories. I can still see now so clearly before my eyes the image of about eight of us sitting at the tea-table. Me, of course in my best clothes, squeezed between Great Aunties, all in theirs, the table laden with pretty china tea-cups, a gorgeous three-tier cake-stand laden with homemade fare, and always a plate of those wafer-thin, just- about-transparent, shrimp-paste sandwiches (or as a special treat with lemon curd).
Tea would be served by Great-Uncle Bert who would otherwise be out of sight in the back kitchen, a dark-brown room with a huge table and all manner of things hanging down from the ceiling, or in his office. He was manager of Waveney Flour Mill next door.
Although it was expected that I remain in sight, actually the main purpose of the visit was for these ladies to see and express how much I had grown (quite the norm for four-year olds to do, I always thought). It was always a case in this company of seen-but-not-heard, unless of course when spoken to!
There I would sit, hands in lap having politely eaten enough to keep the host happy and to stop her from pressing plates of sandwiches under my nose. When I could bear it no longer, with Mum's blessing and a secret "Sssshhhh" from her, I would creep from the table and climb out of the huge sash window into the garden, just as she and her cousins had done many years before. Once out of the room I was free to pop around the back and into the huge, dark kitchen from where I would be playfully chased up the back stairs and down into the garden again by a lovely, young-at-heart Great Uncle.
I do hope that in my role as a Great Auntie I will be more like the chasing Uncle and not like those prim, seen-but-not-heard Victorian Graunties who I met around the tea-table in the "swinging sixties"!
Posted by Susie Mallett at 20:52