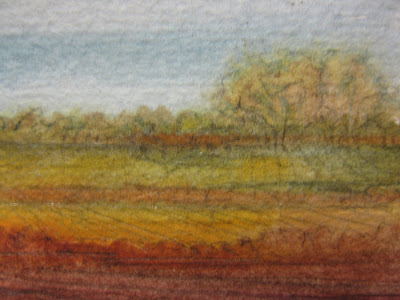 That Was The Week That Was

I was all of five years old when the show, TWTWTW, was aired on BBC television. We had no television at home, but somewhere or other we must have watched this programme. This motley crew, led by David Frost (a favourite of my mother’s), of newly “ alternative” satirists and comedians, were certainly a part of my childhood and the inspiration for the title of this posting, which was going to be a review of what was happening in my life over the past week.

Now it is nearly two weeks since I posted anything. The back-log in my note-book is hard to catch up with and I am getting further and further behind, so the title has changed and I am going to try working forwards and backwards from today and hope that soon I will get everything done.

So instead of being called “That was the week that was” we are now onto TITWTI, "This is the week this is!"

This is the week this is had a lovely start

After three weeks of littlies, for what seemed like both day and night, my lovely adults' groups have begun again. My knees are getting a rest and I have got rid of the sniffles and coughing that eventually got me too.

I have been working in my adults' groups alone, since three of my colleagues returned to Hungary eighteen months ago.

I realised when I had a visiting conductor here for a couple of days in September how much the whole group, including me, were missing the extra person. The group atmosphere had been different when I had had my colleague beside me.

I needed to do something

Something like conjure a conductor out of thin air, invite an overseas visitor each block, or split myself in half.

I opted for the easiest option. I asked a conductor with three children who has had a long break from work to join our group for a few hours each week. To my joy she jumped at the chance.

This conductor was a colleague of mine fourteen years ago when I first started to work in Nürnberg, she was, and still is, the specialist for the very young children, an expert with the babies, when I at that time worked almost exclusively with the teenies and adults.

Now I work with anyone and everyone, wearing one of my several hats, and she is beginning to do the same!

We have both been working in the after-school group (Tagesstätte) occasionally. We discovered that being in a group together is very easy, we don’t need to communicate with words very much.

This week we were in luck

This hascolleague joined us for the start of our stroke block.

It was funny because for the first few minutes I felt like she was there to supervise me. I was a bit nervous but I told her and the group how I was feeling. This took the pressure off and we had a very relaxed and enjoyable morning’s work.

The clients loved her, felt the calmness of her personality immediately and enjoyed the fact that I was no longer running around in circles trying to do the jobs of two or more people all at once.

We all worked together like a well-oiled motor, already a finely tuned team even though we had two “new” members. My clients enjoyed the return of my inner peace and responded accordingly, all achieving their own highs.

The second new member of the group is a client who was with us now for just for the second time. In this the first session of this block. he walked for the first time since the stroke that he suffered a few months ago, with no assistance from sticks, crutches or a hand from me.

Not only did he did take a couple of steps, he walked the whole length of the room, then proceeded to do the same outside to his car.

This happened because I could give him my undivided attention. With the fine tuning we now had in the whole group I had the peace to be able to sense that I didn’t need support his hands any more. I was able to respond to him without having an eye on five other people at the same time. My colleague gave her attention and eyes to the rest of the group.

It was because we were a group of six clients with just one conductor for the duration of the last block that I realised I had to do something. I didn’t want to split the group, the core of which is well established. The atmosphere had been rejuvenated by the presence of our new client. The dynamics are too special to separate them and time is too scarce to accommodate two groups anyway.

I had to do something to provide a relaxing situation for us all.

I am just off to the second session of this block. Unfortunately my colleague won’t be there today as she is involved in organising of our Congress on Saturday (more about that later).

My clients are disappointed that we will be alone again and so am I, but we will do OK having the knowledge that next week we will have the pleasure of her company once more. The pleasure of not running around in circles. The pleasure of an inner peace, not just mine but the whole group's.