The advantages of working late 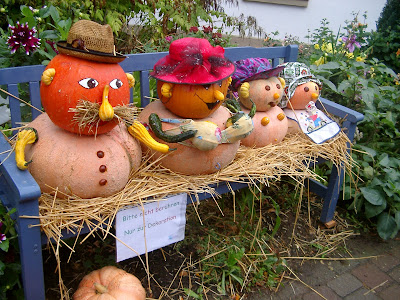 Here’s integration for you!

I was talking to the cleaner at work last night. I in fact we chat most evenings for a few minutes before I go home and if, as this week, I am there without a bike, she gives me a lift to the bus-stop.

She told me a lovely story about “integration”, It was actually just a story about life, which is how it should be isn’t it?

When the cleaning lady started school, probably fifty years ago now, there was a boy in her class who had become disabled through suffering childhood polio. This boy’s mother brought him to school on the back of her adapted bike, carried him down to their basement classroom and collected him again on the bike when school ended. In between times, if the children went somewhere else they would give him a "carry seat", in other words, two children would entwine their hands to make a seat and several others lifting him up there. The world was then theirs to explore.

After a while these children took it upon themselves to call on the mother and tell her that they were big and able enough to take their friend to school themselves.

So, until he was too big for the back of mother's adapted bike, this is how it was. The child who was to be the chauffeur would leave his own bike with the mother, transfer to the mother’s bike with its well padded seat on the back. then off they would all go, en masse, to school.
Sometimes there were tumbles, which caused lots of laughter before they began the difficult task of getting their disabled friend back on to the cycle seat. There were always enough able bodies in the convey to manage this without calling for grown-up assistance.

That friend is still a friend, fifty years later. This group of “children” still meet for coffee and cakes every few months. They still carry him up any steps in a “carry seat” between them, though he does claims that they were more sprightly in their youth!

When I was in Hungary training to be a conductor I saw a similar situation at a grammar school in Budapest. An “integrated” ex-Petö pupil’s mates carried him, not only up one or two steps but up whole flights. They did not do this with him sitting on their hands in "a carry seat" but carried him complete with wheelchair.
I witnessed this at his end-of-year Fest, when every classroom in the three-storey school was visited by the school leavers. His friends took him everywhere.

No lifts, or school taxis in those days, and what those children did then would these days probably not be allowed.

Times change but as I have witnessed on my school visits recently, it isn’t integration that is a great success, The success is great when it is considered the norm, the right thing to do, taken for granted that this is how it is.
Integration as a word was not known in those classes twenty and fifty years ago, it was not used on my school visits recently either.
All three stories success stories!
Posted by Susie Mallett at 19:56

You are right, this is not 'integration'. It is more like the Anglo-Saxon concept of 'inclusion'. In fact there are many who would claim it as a prime example.

Your fundamental position is interesting, i.e. that it isn't anything, just decent people getting on with living, untrammelled by officialdom and trendies alike.

There is a further, important fine distinction buried in this, I think. The child was not being 'included' by somebody's (or some body's) doing something. The job was done, and anyone who so wishes can legitimately describe it as 'inclusion' if anybody so wishes.

By this I mean that 'inclusion' is a descriptive sociological concept, not something that people 'do', a practice, a programme or a policy.

The fundamental prerequisites are presumably decent people and sensible professionals. Perhaps what you cal 'soul'.

Or am I being obscure?

I am struggling to master a borrowed computer. The last Comment should end as follows:

The fundamental prerequisites are presumably decent people and sensible professionals. Perhaps what you cal 'soul'.

Or am I being obscure?