Thinking about our heroes 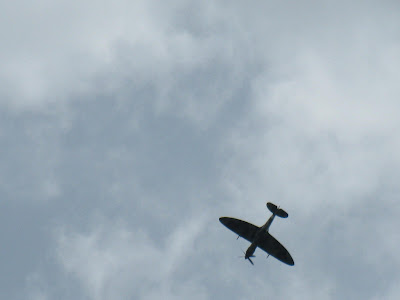 We all have heroes, and heroines of course.

For ease I will refer to them all here as our heroes.

We have heroes when we are young children, we have them as teenagers and often also as adults too. Perhaps sometimes we take the same hero with us throughout our lives, maybe we gather new ones.

Some of our heroes will be famous people made known to us through the media, but some will also be people we know personally some could even be family members.
Our heroes are people who have at sometime or other for some reason or other made a big impression on us and our lives.

Superman is described in the film world as a “hero” because of all the amazing daring rescues that he makes after he dons his flying outfit. A footballer is described as a “hero” for scoring the winning goal to save his team from defeat.
We even hear of turtles in the fantasy world of cartoons who are “super-heroes”.

These are not the sort of heroes that I am talking about here, not the heroes created by the media to make money.

I am thinking here about the people we create as heroes for ourselves. The people we meet, or read about, or see for ourselves on TV or in films, and find that what they are and what they do has a huge impact on us personally, for a variety of reasons.

I have a few heroes myself. One of my first heroes was Tina Turner and she remains so to this day for her gorgeous voice, her amazing life, her stamina, her strength and her bravery, and perhaps just a little bit for her gorgeous dresses, red-soled high heeled shoes and her lovely legs. Incidently, she turned seventy last month. She is a lady who I respect very much, she brings delight and pleasure to my soul and inspires me to be active and strong. I suppose to some extent she even helped motivate me in my attempt to learn to sing.

I also have heroes who I have known personally. People who have inspired me to follow a certain path in my life, inspired me to achieve something I would never have before dreamt possible.

These have been people who have been present in my life for just a short time and people who are still present. They are people met in brief encounters, school teachers, tutors or mentors. They include short-term and life-time friends, my Mum was one of them. My Dad is my hero too. He was when I was younger, because he was an engine-driver. He is now when he's 83, because of how well he lives his life since my Mum died

They were and are my heroes for many different reasons, depending on when and how and why they influenced my life.

We all have our own definition of what a hero is and we all choose our personal heroes for very specific reasons. Sometimes we don’t really choose them consciously. They appear, like Superman, out of the blue on the spur of the moment and usually in the nick of time to influence and maybe even save our souls!

Heroes for the disabled

Who do people with disabilities choose as their heroes. Do they also choose a footballer like David Beckham because they dream of playing like him or because they admire his determination to became a good player?

People with disability have sporting heroes just like anyone else, they have heroes in rock bands, heroes from cinema. They also have heroes who they know.
Who are the people who inspire the adults and the children that we work with and of course their carers too? Who are the heroes that motivate them to achieve their aspirations?

What inspired me to write this posting, to sit here on a cold winter evening thinking about how we choose our inspirators, motivators and our heroes? Wondering about how all individuals have their own criteria for choosing, and even whether, when we share a hero, the reasons for this hero becoming one may be very different.

I started to think about all of this as I read Andrew Sutton’s posting about Lars Mullback. I realised what a huge influence he has had on the lives of many people involved in the conductive world, through making his film about his experiences of Conductive Education.

I first saw this film way back in 1997. I was introduced to it by, and watched it with, a family I was working with in Canada.
I have a copy of it and I have watched it many times since. Interestingly I have never watched this film alone, always in the company of my clients, their parents or carers, and once with an audience of about two-hundred people.

This audience had been listening to my first-ever presentation about CE for adults here in Germany. At the end of my twenty minutes of talking they sat through forty-five minutes of Lars. All open-mouthed, wide-eyed, hooked more and more each minute, but still with energy left for questions.

This film inspired me and I went on to inspire many other people by showing them the film.

Lars has inspired conductors and therapists, and parents and carers, and I think for some of my clients he has become not only an inspiration but also a hero of sorts. Someone who shows them what can be aimed for, what their lives could be like, and that the hard work brings results, and that they are not the only ones.

When my athetoid clients reach an age when I and their parents decide that they are able to watch this film, we sit down together and I am immediately bombarded with questions. The film encourages the young people to think about and voice their concerns. To talk about their lives as adults. They think about life after childhood.

It has always been important for me when showing the film to young clients that we do it as a family, so that their parents should know what thoughts and questions might arise and be ready to understand and answer them.

It is actually a pleasure to watch the faces of these young clients as they watch and I translate the English subtitles into German.

For my nineteen-year old Laddo up north, Lars became a hero. He has watched the film several times and recently asked to see it once again. As a young adult he wanted to be reminded again of what Lars has achieved.

The film has not only inspired clients but also the people working with them. At the conductive congress at the beginning of the month in Nürnberg one of the PtKs (‘pedagogic-therapeutic conductors’) gave a fleeting mention of him. She assumed that the whole audience would have known who she was talking about. But I very much doubt it. At least one hundred from the two hundred people there were from outside Conductive Education. A shame really that she could not show us all his film.

I am writing this posting as, after reading Andrew Sutton’s blog and the links that he included, I thought that it would be nice for Lars, if he reads this, to be told, how many lives he has touched over the years since he discovered and made public his discovery of Conductive Education. He has become a hero for quite a few young lives, up there beside the other heroes such as David Beckham, Olli Kahn, Bayern Munich, Tina Turner, and the local voluntary fire-brigade.