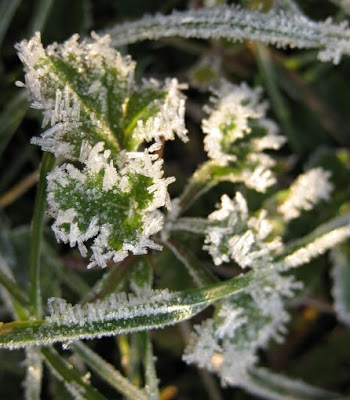 Children at work are still dropping like flies with sniffles and coughs and, I am pleased to say, they are staying at home until it is over with.

This means that I, and the remaining few children have stayed healthy, and also that my getting-bigger littlies group is actually getting smaller.

In fact this week it has been a group of one, two if you include me which I suppose we should do seeing that I am a member of the group.

So it has been me and a little boy of seven years old, a delightful child who until a year ago shed a few tears at the start of each and every day that he came to us, and who now never ever cries and never stops talking.

It is that nice sort of talking, the sort that makes you smile. Sometimes incredibly funny and always really interesting. I love littlies who talk like that.

Today was no different, today I think it was quite useful.

I have given much thought to today’s subject over the years that I have lived in Germany working with littlies and not-so-littlies, and today at long last it has been sorted.

Today I heard the story of the Tooth Fairy, about the German Tooth Fairy that is, the Zahnfee, not the English one who in my day brought us shiny, silvery sixpences to replace our milk-teeth.

As my little client was pouring out his apple juice, which he says is extra appley as his mum knows that’s how he likes it, he told me that it was the well-known hare, Felix, who was walking around on the outside of his drink bottle and that it is this Felix who tells stories on the CD’s that the Tooth Fairy leaves under his pillow to replace the milk-teeth she finds there, unless of course he has an extra special wish such as an aeroplane then this will appear under his pillow instead of a Felix CD.

Yes I know that was a very long and breathless sentence, but that is just how he talks! Gushingly!

I do sometimes get a chance to get a word in edgeways but I have to grab it at the moment that he pauses for a breath. I grabbed it here and asked:
“What does the Tooth Fairy do with all those teeth?” All the teeth from all the children in all the countries that the tooth fairy visits. (I believe Hungary isn’t one of these countries, is that right?). “Where does the fairy put them all? What happens to the milk teeth?” I continued asking while I still had a chance.

There was a little smile and a sort of a scoff from my little client, as if to say “Fancy not knowing that”, and then promptly came this answer:

“Tooth fairy puts all the teeth, as she collects them, into a small sack and then, when all the milk-teeth have fallen out she brings them back again. Places them under the pillow, in the little "milk-tooth box.”

A mystery solved
I had always wondered how the “milk-tooth box” of my older little friends could be full of teeth if the fairy had removed them one by one from underneath the pillow.

In England once we had our shiny silver sixpence safe in our money-box we never saw the tooth again.

Little boy’s story continued, no pause for breath this time. No time for questions.

“Once my Mum washed one of my teeth down the plughole when she was washing it so she wrote a note to the Tooth Fairy explaining what had happened and saying how sorry she was and that she would put the letter under my pillow hoping the fairy would read it which she did, as the next morning there was a Felix CD there to replace the letter.”

Phew, a pause for breath at last before the story about the big wish for electric racing cars which was too big a wish for the Fairies so would have to wait for Christmas and the "Christkind wish-list". Time enough for me to ask a last question.

“What", I asked, "do the children do with all those teeth when they come back?

With a little contemplation and a cheeky grin came the reply: ”Well, I suppose they could make a necklace!”

Well, I suppose they could!

A sort of talisman. A “remember to stay young at heart” necklace, or perhaps a “remember to believe in the fairies necklace”, or a reminder of these lovely-moments-stories and where a year ago there were tears.
Posted by Susie Mallett at 18:11