In the Mária Hári Library at the PAI 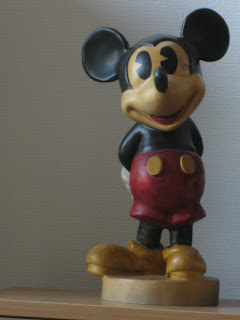 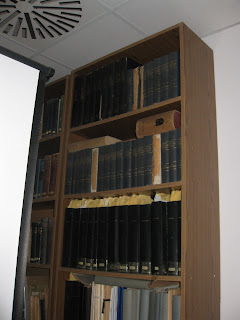 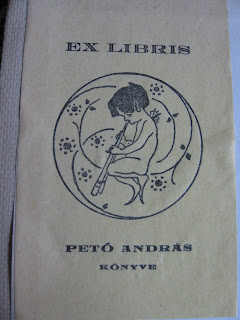 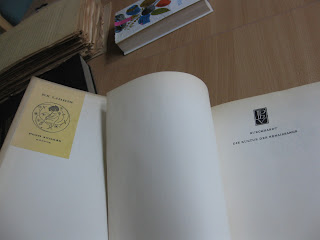 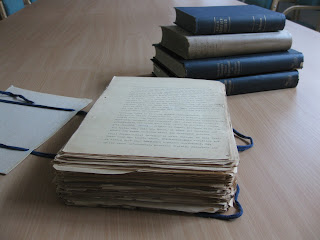 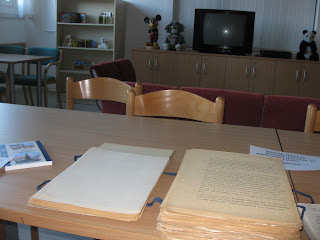 “Look who's sneaked in!”
I was in the library at the PAI last Monday really enjoying being with András Petö’s books.
At first I was working in a meeting room, working at a desk beside the book case full of writings by, and books that were owned by, Dr Andras Petö.
I had to relocate when a group of people involved in conduction from all over Europe, wanted to use the room.
I moved with all my reading material to another part of the lovely Mária Hári library and got buried in the books again. Imagine my surprise when I looked up for a moment to take a deep breath before starting again and saw that I was sharing the space with Mickey Mouse!
Of course I captured the moment on camera. He is a very old Mickey Mouse, who stands beside  Tom and Jerry, next to the television in the children’s corner of the library.
Lots of big, old books 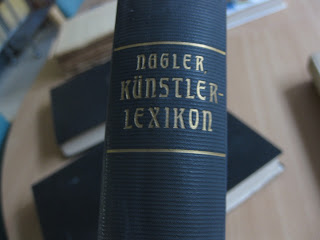 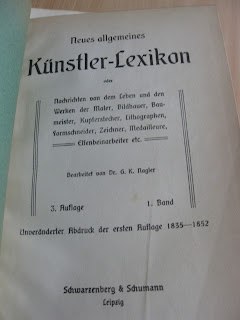 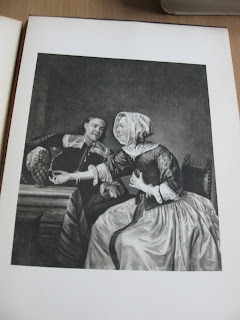 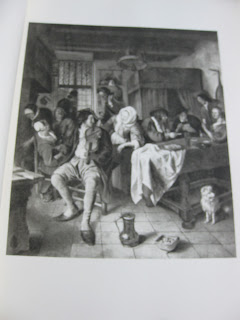 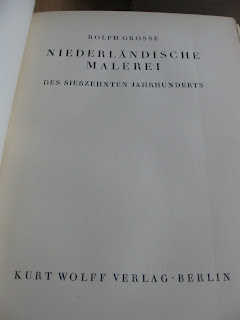 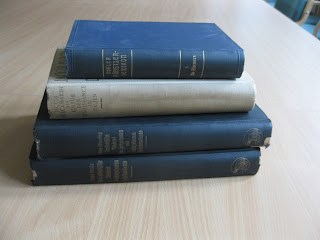 There have been two sets of books added to the AP book shelf since I was last in the library:
Volumes 1-15, Nagler‘s Neues allgemeines Kunstler Lexikon, Schwarzenber and Schuman Varlag, Berlin
and
Nine volumes on European art, from the Kurt Wollf Verlag, Berlin.
These books that were discovered in an antique-book shop in London last year, 2010, when the owner of the shop, who purchases stock from Germany and Austria, contacted the Petö Institute after finding the Ex Libris of András Petö inside the front cover of some of the volumes.
It was lovely to handle these volumes knowing that they had adorned AP’s shelves in Vienna. I could not help wondering whether the backs of some of them were broken in several places because these were AP’s favourite works of art or whether it was wear and tear from other owners or from travelling here and there over the last 70 years.
Who knows?
As with many things associated with András Petö, we can only speculate and create even more myths about him.
I heard many stories while I was in Budapest last weekend told by people who knew AP, I also read poems about him and writings by him.

We can do nothing but guess
Do I get a deeper understanding of this man as I hear and read all of this?
Or do I just form my own image of him, just as many other people have done in the past?
I will keep on reading and asking questions and my own personal ideas will develop on who the man was who developed a method of conductive upbringing, who appears to have been interested in human nature and its development.  I will read about the man who was influenced by the arts and philosophies of many countries, a man who wrote about the works of numerous doctors, scientists and therapists. I hope that I will continue to hear about the man who shouted till he was red in the face, who was so kind to the children, in a brusque sort of way, but often impatient with adults. I  hope to hear more stories of  his kindness, his generosity and wide ranging interests and  hear about his abrupt no nonsense manner.

As I try to piece it all together the image that I form will still only be the myth of what I think AP was like. I will never really know. I will form an image that will no doubt also be influenced by my  personal understanding of conductive upbringing, by what I learnt from Maria Hári that in its turn  had been influenced by AP and others, and by how my work has developed over the past thrity years,
Is there anyone out there still alive who really knows who AP was, what he thought or believed in?

Does anyone apart from ourselves really know who we are?

Very interesting. I am sure that you are right here but what was it that convinces you that these books were from his lost/dispersed Viennese collection? They could conceivably have passed through his hands later. What were the books' dates of publications? These could narrow possibilities.

As for MM... no it would be too cruel and obvious to make a comment!

I have been thinking further about that Mickey Mouse, gazing blindly out on the Mária Hári Library. What is it doing there, what was its provenance, what has been its human significance?

Yes indeed, he looks a very old Mickey Mouse both in his general style and as patina’d object. I do not know this field. Does he come from the early Socialist period – or from even earlier, perhaps from a pre-War German toymaker?

The human meaning of objects often dies with their owners, unless recorded and passed on by others. I can but speculate.

I have in my hand to help me in this a tiny wooden figurine, perhaps a Christmas decoration. It is very similar in style and condition. I have it as a personal keepsake from one of my final visits to Mária in her flat in Munich Ferenc u. I do not know the personal significance that it held for her.

Was this Mickey Mouse something personal to Mária? I do hope that, if it were, this is documented somewhere in the Library catalogue. I am personally very pleased that some of AP’s books have found their way home but to me, in 2011, it is just as important that Mickey Mouse, if it were indeed Maria’s, chimes so well with one aspect of the contradictory woman whom so many of us knew.

I wonder what other 'human' objects are preserved there and elsewhere to spark such memories and speculations.