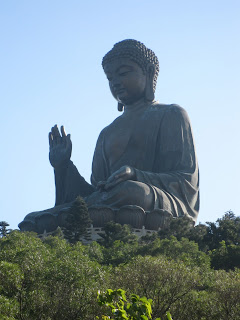 "The Big Buddha"
One year to the day and still enjoying the excitement
One year ago today I was in Hong Kong for the 7th World Congress on Conductive Education.
During the months before the congress I worked very hard to prepare my first book so that it could be launched there. It was launched and was well received. You can read about it here:
http://www.susie-mallett-booksandmore.com/
I have been working on books Two, Three and Four all this year but none of these had reached the printing press, until today.
It was just a nice coincidence that this morning, on the anniversary of Hong Kong 2010, I had a meeting with the designer of that first book to discuss the second in the series. This will be a joint project with one of my clients and we hope it will be in print ready to be launched at a conference in Germany, in March 2012.
I just arrived back home from that meeting to discover, amongst my emails, that yet another book story.
Another book is about to be launched!
Last year when I was in Hong Kong I was approached by SAHK (formerly the Spastic Society of Hong Kong) in regards to translating my first book into Chinese. We made plans.
I heard today that the translation is finished, a preface has been written and the book is in print, ready to be launched and distributed at a conference in Shanghai that begins on 26th December.
As I said the excitement of my trip to Hong Kong just goes on and on and on!
I wish I could be in Shanghai to see the launch of that Chinese version of Book One. I am relying on others to send me a photograph or two for my blog!
With many thanks to Ivan for making my day today!
Posted by Susie Mallett at 17:10