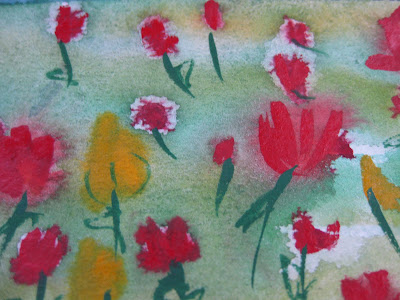 "A host of Easter blooms"