The big-wide-world and our clients, many questions 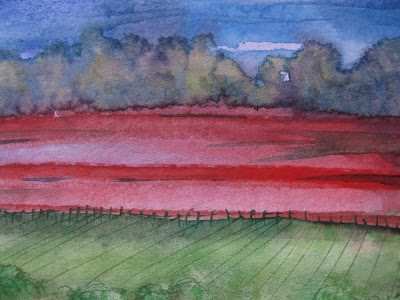 How much can we do to protect our clients from a big-wide-world that can sometimes be very cruel?

When should we step in?

We must of course include the big-wide-world or even the smaller-but-still-widening-world of the clients in the education package that we provide. Sometimes the world out there is too tough to go it alone.

What made me mention this?

I was reminded yesterday, during a situation at work, of the struggles that we had when I was the partner and carer of a man whose movements were restricted by multiple sclerosis.

We often struggled when we were out in the big-wide-world to come to terms with what we met there in regards to some people's reactions to disability but it happened just as often in our own smaller world.

When I first lived in Germany my partner and I could make a funny situation out of a sad one, by his regular reaction when he asked a question and I received the answer. He could always say that he was afraid they would have to communicate with him, however hard they found this, because however loud they spoke to me I could not understand a word that they were saying.

Obviously this was not the case for long. It changed as I learnt to speak and understand German. Then I learnt how to very politely say, when receiving the answer to a question my partner had asked, that I did not need to know the information but my partner did, so please speak to him.

We often experienced this "Does he take sugar?" reaction to the wheelchair, in many different situations; at airports, in the city hall, in hospitals, at the post office, in restaurants or at the theatre. Sometimes I retreated to a distance once I had helped my partner reach the person he wished to speak to so that we could avoid it occurring, but this was not always possible. When it did happen, more often than not we mentioned it, which always caused embarrassment because such behaviour was usually not conscious. Sometimes we ignored it. It always depended on what kind of day we were having, and also on how often it had occurred recently.

Once we were at the airport seeing off my sister. My German “sister-in-law” was there too. She was dumbfounded when an airport-worker approached her and began to talk to her about wheelchair access in planes. She soon realized that the information was in answer to a question from my partner that she had not even heard being asked. She soon made known her astonishment and wanted to know why this had happened.

Between us all we managed a small amount of educating within our big and small worlds.

It is nice to remember how my partner was always delighted when we were in England and in Canada where, he often remarked, he felt like a man without a wheelchair, because it seemed that no one noticed it, no one asked me: "Does he take sugar?". Not once did I have to take a step back to avoid receiving the answers to his questions. If I stepped backwards it was only because the crowds wishing to speak to him were so large!

What happened to remind me of all of this?

The emergency helicopter landed on the meadow that is soon to be the building-plot for our new Conductive Kindergarten.

I was indoors with one little schoolgirl who had finished lunch, shown me the A-grade that she got for her German classwork and just begun a round of Kim’s Game with me. It suddenly became obvious that the noise that we heard was not a helicopter on its way to the nearby airport but the emergency air ambulance bringing the doctor to our centre for adults with disabilities.

I looked at Littlie and asked: “Is it landing, should we run? She nodded yes, I grabbed her as best as I could and we arrived at the door by half-running and half flying, just in time to see the dust rising from the dry grass and the skis of the bright red helicopter already touching the ground.

Luckily it is not a too regular event around our neck of the woods but we know what is about to happen when we notice the rotor blades are getting louder. Usually the school children choose to drop everything, to rush outside to watch, and the conductors are always more than happy to do this too! Certainly this conductor.

Not only were the Kindergarten children and the afternoon-conductive-group children out there in the unusual-for-April, twenty-six-degree-heat, but one-by-one the children from the neighbourhood started to appear too. And where did they position themselves but right in front of one Littlie who was outside holding my hand? She was without her rolator so she could not move around independently, and these other children knew it. In the end I had to ask them to move aside. They were less than happy, despite there being a field of space for them to stand in. It seemed like they wanted to block the view!

The children with disability were so engrossed by the sights and sounds that this incident did not matter to them. But the almost baiting of our children continued by our “visitors” with negative remarks about what our clients could not and could do.

When one of our children said that she would like to climb a tree I asked whether a “visitor” would get down for her. I had expected the excitement and offers of help that I receive from the integrated Kindergarten group, but no. Instead I heard a stream of comments: “Why should I? I am in this tree. She cannot do it anyway. She cannot do things on her own.” There were no direct questions to the child who wanted to give it a go.

What was I to do?

I could not ignore it. I again suggested that a place be made free in a tree, and reluctantly one child said she that would move, although still insisting that she bet that my client could not get up there anyway. I was open-mouthed; I expected them to be excited and happy to help. This reaction was worse than any of those "Does he take sugar?" instances that I had experienced with my partner for all those years. These children all know each other, they all know the centre for the people with disabilities and they live two-hundred metres away. If this is what life in the small-wide world is like what on earth is it now like in the big one?

This particular little client finds it very difficult to speak and I expect that she was as lost for words as I was. I decided that I could not let the situation pass without showing the little girl, who wanted so much to get up that tree, that some things are just not acceptable in this world, however big or small that world might be.

I decided that I must speak, so I told the children that I thought that how they spoke to their neighbour and play-mate was not acceptable and that I did not wish to hear them speaking like it again. At this point a conductor colleague arrived on the scene and our little client was up the tree in no time at all, surveying the scene and noticing many things that she had never noticed before, from the ground, pointing out what she could see in buildings in the distance and looking straight into the window of the helicopter.

Later when the doctors returned and the helicopter left, she waved them off, now from the top of a slide where she began asking questions about why the doctors were there.

And I was left questioning whether I had done the right thing and asking myself whether things will change for the better or the worst for people with disabilities who are joining in with the big-wide-world of life.

Notes
Does he take sugar? -