Time for some more bits-in-between for conductors 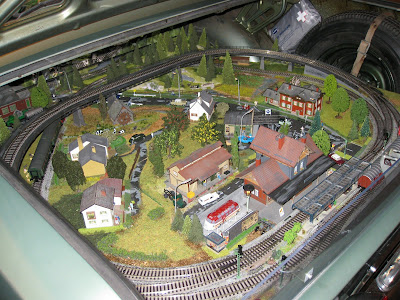 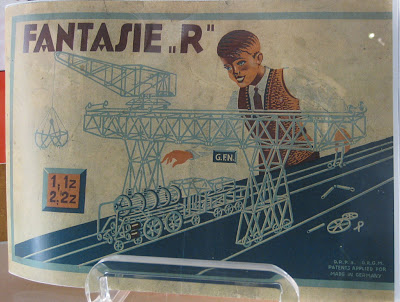 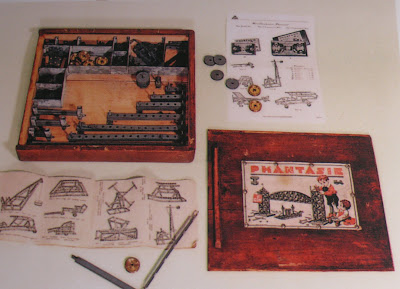 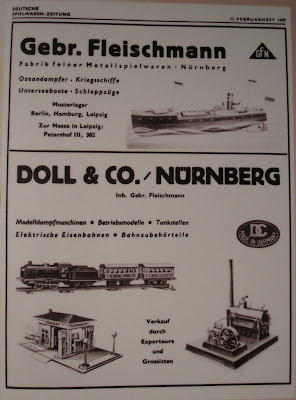 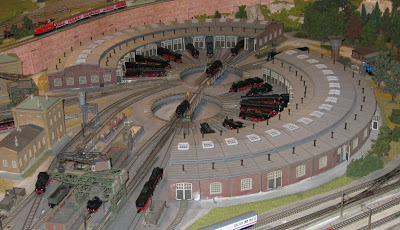 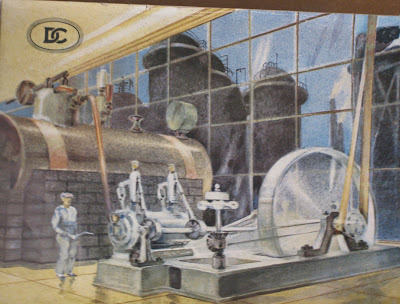 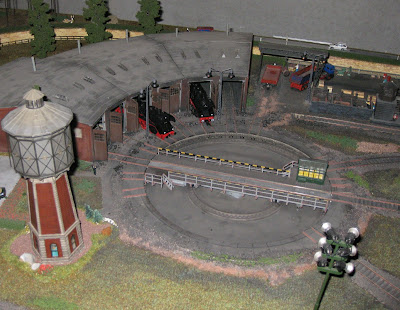 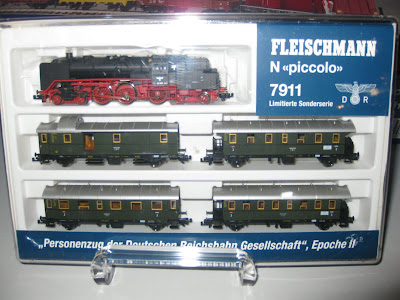 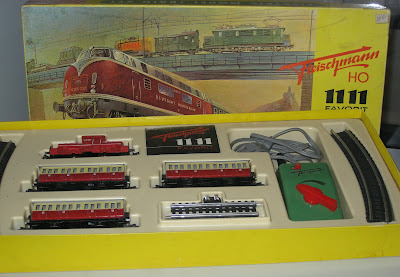 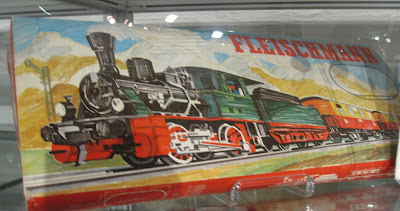 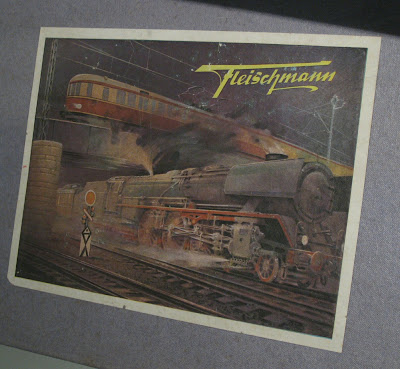 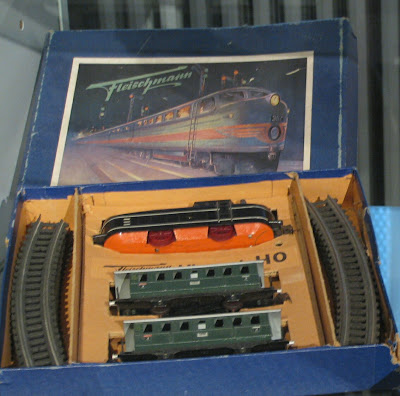 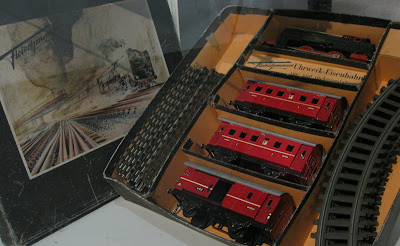 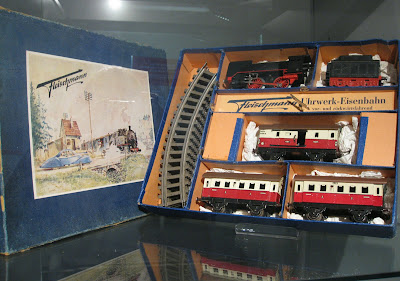 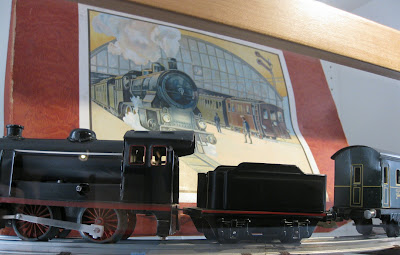 After weeks of long hours at work and cosy evenings at home out of the snow, it seems like there are going to be more jollies than work in the week ahead.

I haven’t been to the theatre for months and concerts have also been few and far between, but now I have a never-ending round of bits-in-between for conductors. I hope that I find the time to go to work.

The merry-go-round of jolly times all started on Thursday when I visited my “stepson” to watch the film that he has made for his recently completed degree in media design. I had been invited to watch this on his “big screen” and beamer, instead of viewing it over the internet, for two reasons.

One is that I had designed and painted one of the dresses worn by the female lead and have my name in the credits, see posting:
http://www.susie-mallett.org/2009/09/more-bits-in-between-for-conductors.html

The second is that he needed my help translating the script into English.

The film can be seen still only in its original German at:

We had fun, we drank tea, we chatted about life and we completed the work. We even had time before my last train home to watch the films that we had made together sixteen years ago with my very first video camera. We laughed a lot at them and were impressed by our creativity, though not by the technique!

Broderich and his black holes

On Friday I attended the (world) premier of Broderich komponiert schwarze Löcher ("Broderich composes black holes"), by Alfred Süß. This short play was performed by the senior theatre group at the city playhouse.

Since the death in 2008 of my best friend, Opa of young man mentioned above, and one of the founding members of this group, I always receive an invitation to the premier of their new work. I am very honoured and I always find time to go. This season’s offering is extra special as it was a “world premier”!

It was a brilliant performance and I helped to celebrate the success after the show at a local restaurant with the players, the playwright and all their fans.

I have been carrying a newspaper article about in my bag for about a month now. The article describes a model railway exhibition in Schwabach, a town about twenty minutes away that is easily reachable by S-Bahn.

This was to be the last final weekend of the show and I was determined not to miss what had attracted my attention in the first place: an HO-gauge model railway packed into the boot of an Opel Rekord car.

It took me a while to get going on Saturday after my late night at the premier but I made it to Schwabach by mid-afternoon. After a twenty-minute walk in glorious sunshine, with two strangers who were making the same journey, I arrived at the Stadtmuseum. I had a couple of hours before closing time to enjoy not only the exhibition but an even better permanent display. There is at the museum a huge collection of the toys produced by the manufacturers Fleischmann and Doll from the late 1800s until the present day.

Fleischmann and Doll, both Nürnberg firms, were among many tin-plate manufactures producing toys in Nürnberg in the first half of the 1900s. During the war years they turned to the production of bullet magazines and utility utensils.

Fleischmann I believe still has a factory in Heilbronn, but its Nürnberg headquarters, in the neighbouring street to mine, has been closed now for two years.

I not only delighted in the toys on display I also loved the watercolour pictures on the boxes, brilliant images depicting the speed of engines and the atmosphere produced by their steam and smoke. I wished I had been the artist!

I enjoyed the train in a car-boot very much but my favourite layouts of them all were those of the N-gauge series. It isn’t only these mini-trains that I love but also the tiny landscapes, people, cars and houses that go with them. The detail on the larger layouts is not exact enough for it to look as realistic as it does on the smaller scale.

The sun was still just about showing its face as I made my way back to catch the train home, while having a quick look at the beautiful town centre en route.

What a treat I had in store when I discovered that the next train to leave for Nürnberg was a double-decker Regionalbahn train. This is my favourite ride of all, even better than in an ICE train.

The week to follow is packed with work and jollies.

On Monday I am wearing a new CE hat as I accompany one of the children to speech therapy.

On Tuesday I have a full normal day at work followed by an evening with Joan Baez in the Meistersingerhalle. I am looking forward to that, it will be a “first” for me. I have seen JB before, twice, but this time I am going on my own.

Wednesday and Thursday are normal work days but on Thursday evening there will be time for another jolly. A fortieth-birthday treat, again at the Meistersingerhalle, for one of the Tuesday-evening worker’s group. We are going together to a concert given by the Ten Tenors from Australia.

Saturday night will see the final jolly of this bunch, another amateur theatre production. This time I will see Mensch Ärger dich nicht. This is the German name for the game Ludo, meaning "Man don’t get irritated".

Two friends of mine will be performing in what I believe is a thriller, and many of their fans, family and friends will be sitting in the audience to applaud their hard work. I expect that we will all be partying afterwards once again.

I will take both camera and sketch-book to all events, so watch this spot!
Posted by Susie Mallett at 17:07