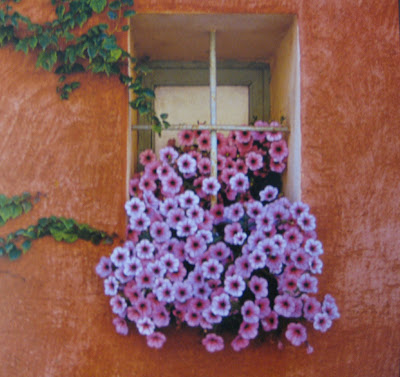 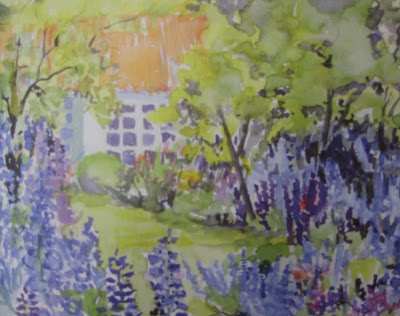 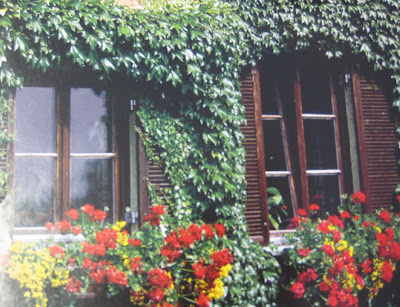 It has been a busy week. I am trying yet again not to “mislay” pages in my notebook. Here are some more mixed-up ponderings.

I am waiting for my stroke group to arrive. One of the five members phoned at eight to say that he woud not be going to risk the fifty-kilometre drive. I have had no word from the others so I assume they are on their way.
Only one of them lives locally, the others travel for up to an hour to get here, so in this weather it is amazing that they are making the effort to get here.

I gave myself an extra thirty minutes for my journey this morning in order to get here on time.d I assume that my clients will all need to do the same, especially those stuck in the jams on the motorway.

It is ten minutes before group begins and I am still alone.
Looking back to Tuesday's session

On Tuesday the same group that I am waiting for now were here. After they had left I wrote some notes on our session, wondering as always how I could put them into a posting.

At the very end of Tuesday’s session we had decided instead of doing our usual singing, that we would do what we call “reading pictures”.
We will probably do that again today.

I know my clients will turn up eventually as no more have phoned in to say that they have decided to stay at home. I have already prepared our speech and “reading” materials.

All the members of the group are at different stages when it comes to actual reading. Some stroke clients say it was a real life-saver to have discovered that, after suffering a stroke, they could still read fluently. Others have had to learn from scratch, with the alphabet, using flash cards and whatever fun things we come up with to get them recognising and pronouncing words and starting to communicate again.

It is very frustrating for these clients, as they feel very shut off from the world.

One of the methods I like to use is reading pictures. It is good for everyone what ever their abilities.

All my friends know that I collect old calendars for my work, so in January they come pouring in!

The cardboard at the back gets a coat of white emulsion and is used for painting and I use the pictures and photographs mainly in my stroke groups, for a variety of activities.

Mostly we use them for encouraging conversation, making up stories, developing our imaginations and practising the skill of asking each other questions. I use them for learning to recognise and describe colour, form and objects, and for describing and differentiating between seasons and climates, and countries and cities.

There are endless uses. We can cut them up into puzzles with anything from two to one hundred pieces. We can make a story board with several pictures. We can talk about lifestyle, countries, fashion and festivals, depending on what kind of calendars I have been given to spur us on in conversation.

You name it we do it!

Depending on what stage the client is at in a particular moment we choose the tasks.

In the group on Tuesday was a Russian man. Not only has he learnt to be a lot more imaginative while “picture reading” but his German has also improved through describing pictures.

Two years ago he politely refused to take part verbally, but he joined in by listening and he learnt. The others in the group, with my encouragement, asked him questions to which he could answer Yes or No. Now he still needs a few prompts from the others but can answer in complete sentences and is less embarrassed doing so.

There is a relatively new man in the group. He still does not use spontaneous speech and often needs the first letter or sound of a word before he can say something. He describes from his picture colours and forms, and answers the groups questions just in the same way that the Russian man began.

Then there is the lady who has progressed and progressed over the years, from not being able to speak more than one-word answers, not being able to visualise and imagine but always being able to read books. I can see the delight and pride in her face now as she describes in detail what she imagines about the world in the picture in front of her. She no longer just describes just what she sees on the paper, now she describes scenes and tells us stories related to the picture. These are recollections from her life or from books that she has read, or from films that she has seen. One day she will be describing unknown experiences.
Two left-siders

Then there are the two “left siders" in the group.

One of these men uses his hands a great deal to embellish his flamboyant style of speaking. If he remembers, he sits on his right hand so that his left arm springs into action, supplementing his words with huge arm movements. If he forgets to sit on his right hand, then it does all the talking and his left hand remains speechless!

When his turn comes, we are treated to the most amazing picture stories. He is very amusing and I have observed how certain members of the group have recovered their sense of humour through listening to this man. They relearn how to understand a joke. I have in turn learnt to understand yet another accent and also, very rarely, get the jokes too. When I don’t catch on, one of the group will have the “job” of explaining it to me!

The other “left sider” mumbles a lot in his spontaneous speech. He says thathe does this as he does not like the sound of his own voice when he speaks louder and clearer.

When asked what is going on in or beyond his picture, this client has always begun with the sentence, “ Keine Ahnung”, no idea. I have always told the group members that there can be no mistakes in “picture reading”. Apart from the artist, who is not present, they are the only ones who know at this point what is going on in the picture. It is their story. It takes a long time sometimes for this to sink in.
The "Keine Ahnung“ man still begins with this sentence, but now he quickly follows it, in a voice now as clear as a bell, with an amazing story. He is so eager for his audience to enjoy his wonderful stories that he now speaks really clearly and even lifts his head. I never ask him to take the first turn, he always needs some time to create his imaginary world behind the scenes of his picture,and to feel confident enough to present it to us. If he has to go first he starts mumbling and he looses his audience. When he is last he steals the show and all go home very jolly.

On Tuesday we had pictures of windows. I had chosen the pictures with clients in mind, some of them showing more detail to use as starting points than did others. Among others we then heard a story about an old lady sitting in a farmhouse kitchen, sewing, surrounded by all the oddments collected during her long life, and feeling alone. Then there was the toilet window, with the blind drawn. Inside was a pink walled room with only the washbasin and tatty linoleum on the floor to be seen.

To finish off we heard about the neighbour’s potting shed. The man had knocked on his neighbours front door in order to borrow tools to prune the roses around his own door. The wife sent him round the back to find her husband in the potting shed. On looking through the window he saw the neighbour trying hard to remove the blades from a push-along lawnmower so they could be sharpened. He knocked on the window and was let in and he gave the neighbour a hand.
Not bad from someone who a few years ago had no idea what to say.

I wrote this on Thursday but the action had taken place on Tuesday. It is no longer surprising for me that a day later I also read about reading on Jennifer Theyer‘s blog, and this was then picked up on Andrew Sutton’s blog too.
That’s how the world goes round.
Notes
Jennifer Theyer-
Theyer, J. (2010) Knowledge quest, Roa Jo's Journey, 9 February
http://www.rojosjourney.com/2010/02/knowledge-quest.html
Andrew Sutton-
http://www.conductive-world.info/2010/02/read-this-i-feel-awful-about-it.html
Posted by Susie Mallett at 16:26