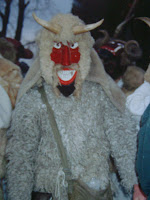 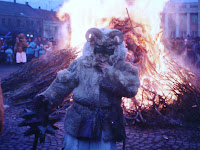 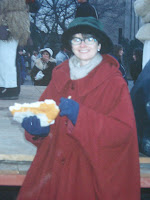 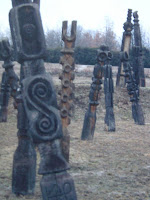 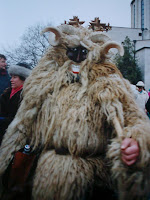 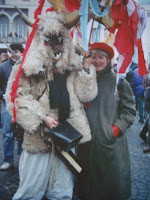 Snow clouds hanging in the air

You may have guessed that I have been away again. The bonus from another sad trip to my homeland was the English Spring that really did seem to spring in East Anglia during the seven days of my visit.

The bright yellow daffodils opened up to line the Norfolk lanes as well as the central reservations in Norwich. The swathes of weeping willow branches were sweeping down to the River Yare, and changed from brown to yellow and then to green seemingly before my eyes!
The hibernating grass began to spring up, standing up tall to be cut by the first, much-too-early lawn-mowers. Lawn-mowers are another sign that I am in England, the country of the perfect lawn, and not in Germanywhere lawnmowers get their first airing in May.

Living in the centre of Europe I miss the slow change from winter to summer. In Germany as in Hungary winter is here one day, with snow covering any signs of spring, and the next day summer explodes into our lives. The fast appearing, delicate spring flowers stay with us for only a few weeks before the sun gets too warm for them and they quickly fade.
Spring cheer
Tulips, primroses, daffodils and hyacinths are sold here in pots from as early as February. We bring them into the house, to brighten the kitchen table or we display them bravely on the balcony. They give us a false sense of spring, they give a bit of cheer to the dreary last days of the winter, which this year has been very long and extremely cold.

It is too cold for these bulbs to be growing naturally outside, the earth is still frozen solid, but we bring the spring into our homes to try to chase away the winter as in the Busójárás in Mohács, Hungary (see photo above and notes), a wonderful festival which I am lucky to have seen in 1992, eating lángos and drinking mulled wine to keep out the bitter winter cold.

As I write this the snow flakes have been falling yet again, so we could be in for a white Easter, after which hopefully the summer will leap out at us!
A warmer wind blowing, spring springing
Since I left England in 1989 I have always tried to return home for Easter. I love to feel the first warmth of the sun on my back in the garden and to pick daffodils and catkins for the Easter table. I like to take a walk on the beach and feel a now slightly warmer wind on my face. This year my trip was a few weeks earlier than I usually plan but spring surprised me anyway. It was springing. The sun was already warming the soil and I could do all of my favourite spring activities.
Casting clothes
In Nürnberg I must wait a while to feel that warming sun. It is still not time to “cast a clout” although it is now warm enough to get the bike out of the cellar and leave the snow boots in the hall, but only until the next deep snow appears!

“Good Morning Campers” - The blog title refers to both Butlin’s holiday camps and Hi-di-hi a TV programme from the 1980s
http://en.wikipedia.org/wiki/Butlins
Daffodils - William Wordsworth
Daffodils (1804)
I WANDER'D lonely as a cloud
That floats on high o'er vales and hills,
When all at once I saw a crowd,
A host, of golden daffodils;
Beside the lake, beneath the trees,
Fluttering and dancing in the breeze.
Continuous as the stars that shine
And twinkle on the Milky Way,
They stretch'd in never-ending line
Along the margin of a bay:
Ten thousand saw I at a glance,
Tossing their heads in sprightly dance.
The waves beside them danced; but they
Out-did the sparkling waves in glee:
A poet could not but be gay,
In such a jocund company:
I gazed -- and gazed -- but little thought
What wealth the show to me had brought:
For oft, when on my couch I lie
In vacant or in pensive mood,
They flash upon that inward eye
Which is the bliss of solitude;
And then my heart with pleasure fills,
And dances with the daffodils.
By
William Wordsworth (1770-1850).
Busójárás in Mohács -
http://en.wikipedia.org/wiki/Bus%C3%B3j%C3%A1r%C3%A1s
“Don’t cast a clout”
http://www.phrases.org.uk/meanings/till-may-is-out.html
F. K. Robertson's Whitby Gazette, 1855:
The wind at North and East
Was never good for man nor beast
So never think to cast a clout
Until the month of May be out
Posted by Susie Mallett at 10:20