What a wonderful world! 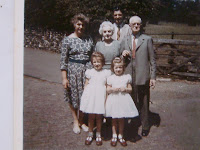 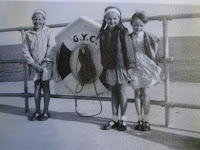 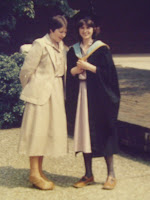 Hello Dolly
This song was playing as I started to write this posting, it is my all-time favourite. I first discovered Louis Armstrong at seven years of age when Hello Dolly reached number four in the UK charts.It was the first single I ever bought . I remember the seedy record-dealer in Boldmere, Sutton Coldfield, where I was on holiday, and the age that it took me to decide which record to spend my holiday money on. My sister and friends were of course into the Beatles and I got teased dreadfully for my choice, but I was adamant and have remained a fan ever since.

Today it is not Louis Armstrong singing but Birgit Endres, who I discovered singing in her “Café im Atelier” a few weekends ago when every corner of Nürnberg was full of music (see my posting "Courage", 8th August).


The small things in life
This rendition touches my soul in much the same way as Louis Armstrong does which tells me that it is not only the gravely voice I like but it is the words which mean so much to me. Today it is especially important that I hear these words just to remind me how much I enjoy the small things in life and how exciting it is to see a rainbow, to find a four-leaf clover, to take a walk in the city and to smile at someone.

A very elegant 70-year-old-lady sat beside me in the café and began a conversation especially to say to me how she loved the atmosphere because the people are so kind and she can appreciate the small things in life by coming here.

I sat in the café to write a posting for my blog, which wasn’t at all easy as the other guest were so talkative and interesting, which all adds to the theme of the blog, what a wonderful world!

I returned this weekend from the green and pleasant land of England after the third family funeral and the second burial of ashes in two months. I had five weeks in Nürnberg between the death of my mother and returning to bury my uncle and my mother's ashes, and in this five weeks I managed to set up my new home, do some interesting work, experience a bit of life in the city and write a few blog postings.

Tasks, motivation and success
I think it is a good opportunity to look at how I deal with all the recent changes in my life in relation to principles that I have learnt in my conductive work. I ask myself how can/do I “practise what I preach”? How do I apply what I do at work to the way I live?

For example, today I set myself tasks. The first one was to allow myself to be poorly, to rest, relax and sleep. I had to set this task because as usual I was hoping that a toothache would just disappear but it wasn’t working and now I felt quite ill.

The first task wasn’t as difficult as I thought it would be as, I allowed myself to be motivated by the new books, newspapers and magazines acquired in UK that were just asking to be looked at while resting in bed.

After this success I set my next task which was to walk to the emergency dental clinic, which too turned out successfully. I even had a sleep in the waiting room. My motivation this time – medicine to take the pain away!

Task number three – another walk with a throbbing face to the chemist, not to go to the nearest one by tram but to walk through the city, to look at the castle and to be enthralled by all the beauty just a stone's thrown from my home. My aim was to feed my soul, my medicine not the antibiotics from the chemist but my joy at living in the heart of the city.
My pleasure at the ease with which I can now get from A to B and my wonder at the medieval buildings surrounding me motivated me to be spontaneous and not rush home to bed.

Orthofuntional spontaneity
This was my next step towards orthofunction, using spontaneously that which I have learnt by setting myself achievable tasks, one of which was taking the huge step to living alone in the city!

So my spontaneous activity now was to do something which I have been practising over the past year and something which am actually getting quite good at, that is to sit in a café sketching writing and observing and sometimes even chatting. My motivation for doing this was the feeling that I knew I would take home with me, success, what Mária Hári would call “ orthofuntional spontaneity”.

I had set myself achievable tasks, looking at problems and solving them step by step, exactly as I do in the work with my clients and there was the added bonus from feeding my soul to make orthofunction possible – the toothache had vanished for a few hours! Yes, maybe the treatment from the dentist helped, maybe the antibiotics were kicking in, but I prefer to believe it was my now healthy Seele that led to spontaneity and the path to orthofunction. It was my belief in what Mária Hári taught me ,which in turn led me to feed my soul and resulted in a notebook full of sketches and blog ideas, and a five-minute walk home at midnight with a smile.

I am on the way to becoming a fully fledged orthofunctinal woman about town!

“Another term of the technical language of Conductive Education is orthofunkció. Anglicised as “orthofunction”, this has been widely discussed and almost as widely misunderstood. Suffice it here to indicate that it refers to an active orientation to learning on the part of learners, aware that they can and should set their own goals and, find their own ways to solve problems, and achieving satisfaction and reward in doing something new- as opposed to a dysfunctional system which teaches failure, demotivation and dependence."

Birgit Endres
Birgit Endres sang a song which I now know was from Eddy Arnold. I had never heard this song before and therefore did not catch all the words, but some of them stuck because I thought they expressed the way that conductive pedagogy influences me and the impact that it often has on the lives of families when they first come across it.

These are the few isolated lines thatI wrote down. I have highlighted the words that I hear so often from parents when they describe their experiences:

You gave me hope when I was at the end
You gave me dignity
You gave me the strength to face the world out on my own again
You put me high, so high that I could see eternity.

This last line I see as describing the hope that many parents talk about, that shows them that there is a future for their child.
Photos
That's me always on my sister's left hand side.
Posted by Susie Mallett at 21:03