András Petö: on the road to greater understanding. 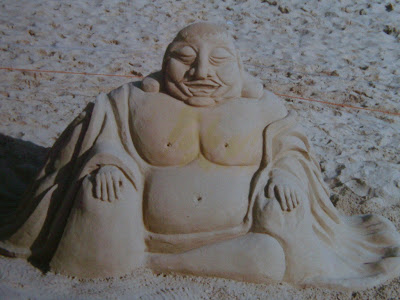 I have read much from the two books that András Petö is known to have written in German and it is through doing so that I begin to have a better understanding of him and how and why he developed his work as he did.

As usual, just as I did while studying at the Petö Institute, Budapest, I absorb lots of information from the book through osmosis. Something more than the words seems to seep through the pores of my skin into my Seele as I read Unfüg der Krankheit - Triumph der Heilkunst. Instinctively I seem to be able to see the book as a whole and not as the individual chapters it contains. I see it not as separate snippets of information but I do visualise András Petö and begin to imagine how all the things I read about made up the personality of this person. The book is a reflection of András Petö’s many interests and shows us the directions his work was taking while he was in Vienna until he began his movement classes in the 1940s.

By looking at the book as a whole I can put together a more complete image of András Petö and get an idea of what made him tick. He talks in most chapters, no matter what their theme is, about bringing a unity between the human body and the mind.

In a recent posting on the Conductive Education World, Andrew Sutton mentioned András Petö’s German books when writing from Hong Kong where he had seen the Big Buddha, which made him think of what Kipling called in his poem Mandeley ' the Great Gawd Budd'. Andrew is asking in his posting about the impact that Petö’s interest in Eastern beliefs had on the development of Conductive Education.

I think the words that he uses explaining the meaning of the swastika symbol on the Buddha give us quite a good start to our investigation on this theme. "The swastika on the Big Buddha’s chest represents Dharma, universal harmony, and the balance of opposites." When facing left, as on the Big Buddha that he saw, it represents love and mercy.

I do not claim a wide knowledge on Buddhism, but maybe we can all be enlightened a little if I try to write down my ideas about what I see as connections between András Petö’s work, my own work, Conductive Education as a whole, and Buddhism.

In Petö’s book Unfug der Krankheit there is a long chapter about Buddhism and there is an interconnection between the chapters through the underlying theme of finding harmony between the mind and the body. In the book we discover that Petö had a personality with many facets, and he sought to unite these though his work to create a balance, a harmony bringing everything together to form a fascinating whole.

One of the aspects of Buddhism which I find easiest to relate to András Petö and his concepts is given the name “dependent origination”, which is the understanding that anything exists only because of the existence of other things, in a complex web of cause and effect, including the happenings of the past the present and the future. Buddhists believe that everything depends on everything else, that a human being's existence at any given moment is dependent on the condition of everything else in the world at that moment, and also that how the rest of the world is at that moment depends too upon the character of the human being.

The multitude of subjects that are covered in Petö’s books are all dependent upon each other in the whole which Petö is trying to create, and in just the same way all parts of the body and the soul are interdependent on each other and are worked on as a unity through Conductive Education.

Petö was interested in many things both medical and esoteric, and he saw a relationship between all aspects of life and the health of a human being. Much is to be found in his books about how important it is to unify body and soul, to create the right balance for the whole to be healthy, in order to live a harmonious life and live it to its full potential.

There is more to think about here and I may come back to this later. I hope other people will too.