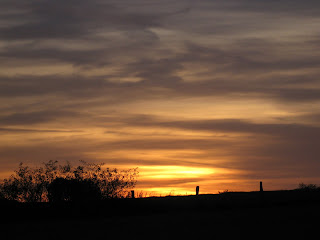 October 2008
Making the best of the last day
I "employed" my eighteen year old client today! We did our first, but certainly not our last, joint presentation on conductive upbringing.
We had four guests, parents with their not quite three-year-old twins, neither of whom had seen Conductive Education in action before. They had heard about it for the first time only a couple of weeks ago. They had very little concrete information but were a very enthusiastic family and willing to learn.
The evening before, my co-presenter and I had been out on a marathon two-and-a- half-hour walk together, discussing our plans for the next day. I was worried and making many plans, and my client was sensible and practical, saying that he was keen to help me. Our dilemma was how to show the parents of three- year-olds what to expect in a mother-and- child group when all we had to show was one eighteen-year-old and one conductor to do the demonstrating.
We assumed that the two young children would not take part themselves (we guessed correctly), so my client decided that it would be best if we showed them some of the tasks that he does now and then explain how his solutions have changed over the last ten years.
This worked wonderfully. My co-presenter was in his element (and so, I suppose, was I). He is a born actor with his first real live stage performance coming up at the end of this month at his new college.
The visiting parents commented on how much energy was needed to execute the tasks and that it was possible to see each muscle in the body contracting and relaxing as my client worked.They were amazed to see what he can do and very interested to hear how he has progressed to the stage where he is at now, step for step over many years. My client was especially eager to inform the visitors that he has never given up (see my blog, Nicht auf zugebeben, 14th April 2008). He knows that he can always improve and he explained how important it has been for him that his mother listened when he said that he did not want to be taken from pillar to post, from one form of therapy to another. At the considerably young age of 10, he very clearly said to his mother that he only wanted to do Petö at home. He didn't want to be taken off, away from his family anywhere else.
My client was really working hard with his audience as he described situations in our work together and demonstrated some tasks, and I supported him by enthusiastically giving tips and advise to the parents.
The four will be off to Budapest soon to get a "starter pack"! They will go there to gather as much information as possible in a short time and then they will make decisions on how to progress further. I am, however certain, that the first stages in the twin's conductive upbringing will start today when they arrive home, as the parents put into action some of what they learnt in the ninety minutes that we spent together.
My client, what about him? Well he is already talking about our next Auftritt together, hopefully, he says, in front of a bigger audience.
Notes
A previous chapter
http://konduktorin.blogspot.com/2008/04/nicht-auf-zugeben.html
Auftritt - performance

Susie,
I just really wonder what have you been doing....
Laci

Sorry, my former comment (above) can be misunderstood. The comment is not related to the post , but I meant Susie's blog is really good. It is amazing how fantastic she has been doing it. I like reading her stories, notes, so on. This post was a bit sarcastic and that thing made me to give a short feedback. I just love it :)