The carnival may be over but I am still hearing the music. 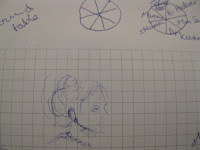 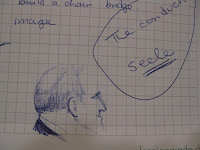 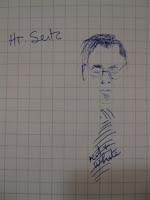 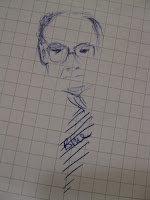 The round table: more pages from my congress note book, by Susie Mallett
As I said in my last posting I believe that a great time was had by all at the Conductive Education bridge-building congress in Munich last weekend, it certainly was by me. There really was a buzz in the air in many of the presentations and also in the in-between times, which as all good conductors know are the best bits!

I do not have the list of congress participants because the chair of the conductor’s association has yet to receive it from the organisers of the congress, so I cannot say how many of what kind of people were present, but I would say that the dominant group were conductors. I do not think thatI have actually seen so many conductors at a congress in Germany before! They were followed by others who work in centres offering "elements of Conductive Education", for example physiotherapists, special school teachers, multidisciplinary therapist-conductors and pedagogic-therapeutic-conductors. The next largest group of people were the people providing Conductive Education, i.e. the head teachers from special schools, the parents/directors from the various parent initiatives and chair persons from associations working with disabled people.
There were at least two orthopaedic surgeons, one or two psychologists and neurologists, a couple of paediatric doctors who operate on many of the children with cerebral paresis in Bavaria, and the professors from various universities where studies on Conductive Education have, or are presently, taking place. There was also a smattering of politicians and, I am delighted to say, more people taking part who are actually the users of Conductive Education than I have seen before at one of the conductor association’s congresses.

The presentations, of which there were forty, were given by nine conductors, seven pedagogic-therapeutic-conductors or multidisciplinary therapist-conductors, one physiotherapist, at least five professors reporting on research, two family therapists, two neurologists, two orthopaedic surgeons, several children’s doctors, three teachers and social workers, one orthopaedic shoe specialist, two or three parents and three users, a handful of politicians and Franz Schaffhauser.

The full programme can be found on the website for conductors working in Germany
Bundesverband Verband der in Deutschland tätigen KonduktorInnen e.V:
http://www.konduktorenverband.de/index.php?page=ueberuns

There were few alterations to the programme but one presentation which unfortunately was cancelled was on the subject of conductive rehabilitation for adults with damage to the central nervous system, by Dr Ch. Garner. Raphaela and I had been asked by Peter van Quadt (who was involved with the project referred to later in this report) to join him in presenting the paper as Dr. Garner was ill and then to form a round table to answer questions and to promote discussion. Unfortunately this was not possible, as the slot had been removed from the programme.

I found the cancellation of this presentation most disappointing as it was one of only four specialising in Conductive Education for adults on the programme. Apart from Dr Garner's there were three reports from adult users, two of whom had infantile cerebral palsy and one with multiple sclerosis. The rest of the congress concentrated on Conductive Education for children and teenagers, research into Conductive Education, medical reports, recognition of Conductive Education by health insurance companies or social services with regard to financing it and the development of training for conductors in Germany and in Europe.

The majority of the people present at the congress were German or Hungarian. I do not know whether the congress was advertised in conductive centres around the world but probably the only person present who is internationally known in the conductive world was the German, physiotherapist and honorary conductor, Anita Tatlow, who has spent many years in Hong Kong and who is now based in Ireland.
There was no word of where the next congress will be but there were positive remarks made at the summing up and farewell by Beate Höß-Zenker and Krisztina Desits, and it is quite possible that that the building of bridges, the forging of links, will continue and we can look forward to another congress of this scale in a couple of years. It will probably be another joint venture between the conductor association and one of the larger centres offering Conductive Education in some form or other in Germany. Let's hope it doesn’t clash with Hong Kong 2010!
Notes
Peter van Quadt, Dr Ch. Garner: Fortschritt Starnberg
http://www.fortschritt-starnberg.de/2203719ae008b0d13/index.html
Anita Tatlow
http://www.spastic.org.hk/HO_eng/pdf/conductive/review.pdf
Beate Höß-Zenker: buisness manager and Pedagogic-Theraputic-Conductor, Pfennigparade, Munich
Krisztina Desits: Dipl. Conductor and chairperson of the conductors' association in Germany,
The next world congress for Conductive Education will take place in Hong Kong in 2010
Posted by Susie Mallett at 21:00