Inspired as usual by my work 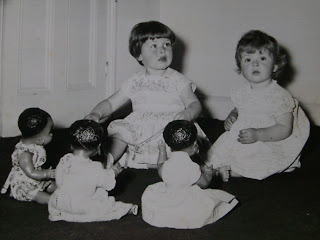 As I say often in my blog I am begeistert (inspired) by my work. I love it, I love the way things are learnt, the tiny things which make my clients smile and motivate them through having the feeling of success.

Today was a day full of such instances.
I have worked all day with an eleven year old boy with athetoid cerebral palsy and this evening for two hours with a group of adults. They all never cease to amaze me in the motivation, energy and capacity for learning they have.

My young client learnt to put on his very stiff new shoes and by doing so discovered how to use a shoe horn, he learnt how to spin a top with his less skilled left hand (just by being told to lift his elbow and press the spinning top on the table), he learnt how to lift his hips to make a bridge and at the same time lift one of his legs (also only by my telling him to stretch the leg and not bend it), and all of this on the second day of his first CE block for several months.
He has matured a lot since I last saw him, he is much more receptive to verbal instructions and he doesn’t need to be physically shown how to do things as much he did a few months ago. Of course he was thrilled he could do all these things and would have lots to tell grandma on the long journey home.
But something more important happened today.
A rebellion on my hands
I am not sure why, maybe just "boys being boys", but just after coffee break this young boy became stubborn and a bit rebellious, seeming not to listen and intent on following his own programme. I had to use the firm hand, which is usually kept hidden away in a dusty drawer, and to his and my surprise he walked towards the ladder on the ground and eventually walked through it, taking some steps totally unaided, but still not talking much!
I was not surprised that he could do this as we have been practising it for a long time. It was something else which surprised us both, and that was his immediate change of mood after achieving it, it was like a light being switched on, I have never seen this happen so dramatically in all my years practising Conductive Education.
He became chatty and smiley immediately, motivated and full of energy. We spoke about this and his eyes shone because he had been motivated by something else, not only by putting on his shoes alone, but because he had overcome this psychological hurdle, almost a barrier, the rebelliousness which had stopped him from fully participating.

Today he went home smiling with a bag of firsts to tell his mum about. I went home smiling too having been begeistert yet again.
Return to Petö
This evening in the adults' group I surprised myself when I spontaneously took on another client, even though I am already stretched to the limit with working the group on my own, but it was the best decision I could make.
We had a wonderful time. The new client, now 22 years old, fitted in perfectly, highly motivated and she knew the ropes for she had been one of my first Petö children in Germany when I worked in the school for disabled. She had decided she would like to start Conductive Education again after a break for most of her teenage years. She told the group that she had been able to walk with no assistance pre-puberty but since falling badly at the age of 13 she has always used a walking frame or a wheelchair. I found an old photograph which showed her walking unaided as 12 years old.
This evening she walked away from the group unaided, to meet her boyfriend, for the first time in all those years. Their faces where a picture, full of joy and pride.

Another young girl in the group said: “This Petö is really hard work but we all learn something from it”, mostly they learn to believe in themselves and their own capabilities. This new client had actually been able to walk unaided all these years, but needed this highly motivated group to help her realise this.

What had started as individual therapy sessions about 12 years ago is now developing into a nice little “workers” group. The four of them have become so much more independent as the group increases in size, which was very apparent this evening. There was I thinking I would be rushing around in circles as I worked alone but it was a really relaxed atmosphere and fun for all, especially when the one and only male client takes himself off to the bathroom and we females get the chance for a womanly chat.

Notes
begeistert: thrilled, inspired, enthused
1958 "group work" : that's me on the right, with big sis and my favourite dolls.
Posted by Susie Mallett at 23:50