"The diary of a stroke" 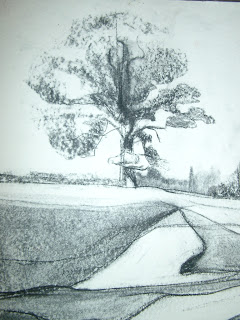 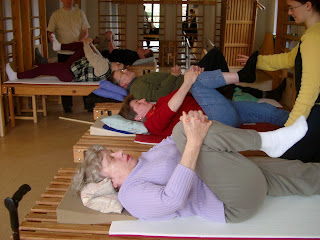 Learning to care.
I always maintain that books written by stroke sufferers give me more information that I can put to good use in my work than does any text book on the subject. Yet again I have been proved right since I discovered this wonderful book - The Diary of a Stroke by Martin Stephen - on Andrew Sutton’s blog. I have read several books written by stroke ”victims” ( as they are usually described) , and I think this one must rate as the best one to date.

I often have a sixth sense when it comes to knowing which books are a must for me to buy and I discovered as early as page thirteen one of the attractions of this one. Martin Stephen describes his reluctance to go with the paramedics to a hospital in the minutes after the stroke. He willed himself to remain conscious in order not to give his consent, which is actually not a good idea and the paramedics should have told him this. He says:

“Ambulance crews pick up the sins of the world, I think. Like social workers teachers and policemen, they are paid to be there. Yet no one can pay someone to care. That bit has to be given from the heart. It comes from the human within us all, not from the bank manager.”

This paragraph jumped out at me because just before I read it I had fixed up my computer in the new flat (in the bathroom as it was the only place to sit down), especially to read my favourite blogs again. I discovered a new posting on Norman Perrin’s blog about care. I immediately posted a comment to Norman’s piece, relating it to a posting of mine about the care, the bit which comes from the heart or from the soul, in the police force.
My comment to Norman Perrin:
“I have been away caring for my Mum. I cared for her as well as I did because I am a conductor and know about love, hope and the Seele.This was one special occasion in my personal life when I was thankful that I understand these aspects of Conductive Education, my Mum was really grateful for this too. I wrote the following earlier, as part of my response to Andrew Sutton's posting about the young man with Down's syndrome and his encounter with the British police force:
"I discovered that I was absorbing Conductive Education not only through my brain, but also through my body, something like osmosis, and it seeped deep into my inner self, into my Seele.
Not all teachers, therapists and other “people professionals” find the path leading to a full conductor-training in Budapest. Do they then ever find the means to do the job they are appointed for? Do they discover their Seele?"

I hope there is a way, through my work as a conductor, not only to work with children and adults with disabilties, but also with some of the people who are "appointed" to care for them.”
Now here I was reading Martin Stephen’s book and he tells us that once again this most essential ingredient, that which comes from the heart, was missing in the care he was receiving. I am not of course saying that the carers should become conductors but rather that all professional training should include this essential ‘seelische’ aspect.

In this book, and also in some of the others I have read, I am made aware of how many stroke- victims are, in their inner selves, struggling in the first hours to fight what is happening to them. Yet despite the knowledge that this early fight and early intervention are so important, many paramedics seem still unable to recognise the symptoms of a stroke. Therefore they do not react quickly enough in bringing the patient to the appropriate stroke clinic where treatment can be begun immediately in reducing the amount of damage done.

Martin Stephen describes how after the stroke his inner voice was telling him he wanted to be left alone and refused to go to hospital. He was carted up the stairs to his hotel room then eventually carted down again to the ambulance that then took him not to the nearby specialist unit but to the geriatric ward of another hospital where he remained for several weeks.

Urgency
Anyone who has experienced a stroke or who works in this field knows the importance of early intervention, being taken to the hospital which offers the best “care” is the first step in the right direction.

Mr. Stephens writes “ The fact of what’s happening to me could have been established very quickly. My medical history screams at it.”

He lists 17 physical symptoms of a stroke and in hindsight ticked 13 of them, but tells us that in the crucial first hours at the hospital he was ignored. No one asked him anything about his medical history, how he was feeling or what symptoms he had. He says that he had an overwhelming sense of loneliness, due mainly to not being given any information and not having the feeling he was being “cared for”.

Questioning would have established what kind of stroke he had had and which treatment was therefore relevant. He says that he remembers a complete lack of urgency in the first days, the result of his being brought initially to the wrong hospital. It was weeks before he was given an MSI scan. The professionals know enough about what goes on in a stroke victim’s brain in these first few hours and there are a great many specialist stroke units throughout the UK. Why is it that patients still get delivered to the wrong place and once there, due to lack of specialist knowledge do not get transferred to the appropriate place?

Martin Stephen was one of the lucky ones, because he seemed to have a built-in conductor to motivate him in his isolation ( more about that later), but what happens to the many others who are not as physically and mentally motivated to “care" for themselves?

I am contemplating what direction my work in conductive education should be going in. Is this really an area where conductors are needed, in hospitals working alongside the other therapists. I was always of the opinion that the immediate care for stroke patients in hospitals was good and that the work of a conductor is needed later when, due to a reduction in physiotherapy and speech therapy, the patients are looking for something else to give them renewed hope and motivation in their daily lives. Perhaps I was wrong, perhaps there is a need for conductors to work with the people who offer early care to the victims of strokes or to the young adults as mentioned in Norman Perrin’s blog.

More from Martin Stephen’s book and his built-in conductor to follow in the next posting.

Norman Perrin: http://paces.typepad.com/
” 21 today! On being the parent of an adult with care needs.”
Susie Mallett "And back to the Seele" http://www.konduktorin.blogspot.com/ Sunday, 20 April 2008
Posted by Susie Mallett at 09:35