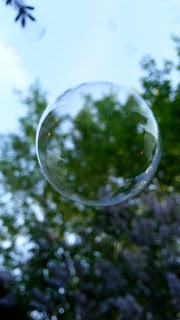 ...all come together on a very cold and rainy Monday morning

“… that because the activities of the brain are so complex they require both intensive and varied methods of study.”

The United States Government have promised millions of dollars for research into the workings of the brain. There are also other brain projects with vast amounts of funding – The Human Brain Project in Europe, The Allen Brain Atlas and the Human Connectome Project in USA.

All in the Mind

Last week on BBC Radio 4’s programme All in The Mind I heard primarily about why these projects have been developed and how the money will probably be spent, but not about huge discoveries in mapping the brain.

Claudia Hammond discussed the various brain-mapping initiatives with psychologist Vaughan Bell from King’s College, London, and Donald Stein, a neurologist and Professor of Emergency Medicine from the USA.

They were asked what it is that these projects are trying to achieve. It was pointed out that there is a lot to learn before one can start to map the brain and that the projects will be spending these huge amounts of money on researching methods and developing technology that may, or may not, in two-hundred years’ time make it possible to map the brain. The speakers hoped that all this new-found information would be shared and used in other areas of scientific development too, so that the huge investment would benefit the many, not the few.

The Making of Mind

In his book The Making of Mind, Luria mentions Pavlov’s letter from which the quote heading this post comes. He tells us that this letter was written when the Chelpanov Institute first opened in 1913, almost one-hundred years ago, but was not published until over forty years later, in 1955.

As some neurologists, and some psychologists, still tell us these days, these brain things will take time as there are many complex issues to be dealt with.

Luria was a story-teller and, like Oliver Sacks, he still brings anecdotes alive and makes them understandable for me. These stories, when described in more technical or theoretical tomes, would be otherwise inaccessible to me.

One example is the story that he tells about one of the students in the then Chelpanov Institute in Moscow, who thought that he was measuring mental energy by his technique of predicting that a fixed amount of energy was available for use of the mind and body. He predicted that the more energy needed to think, the less energy there would be for the physical movement.

Luria wrote so long ago –

“Of course, Kornilov (the student and later director of the Institute) never measured mental energy directly. He simply used his assumptions to claim that he had measured it.”

And so it goes

Luria and Radio 4 are still keeping my mind absolutely clear in the fact that it will take a long, long time, if ever, to find out what goes on in there!

Donald Stein on Radio 4 was generally quite positive about it, he says that he does not disapprove of the money being made available for brain projects but he did make it clear, on the radio and on his blog, that it will probably only be the technology needed for research, and the methodology needed, that will be developed in these project. New discoveries will be made in these areas that will possibly also benefit other areas of scientific research but there are sure to be no maps of the brain in the next two hundred years.