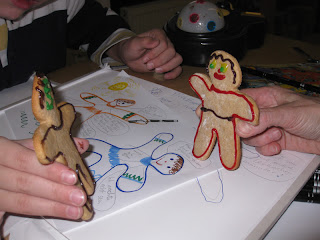 Last night in a report about the closing of the British and East European Psychology Group Andrew Sutton wrote that he heard for the first time the word neuromania.

My first reaction to this was –

“Perhaps it is time that we started to hear that word a lot more”.

“What has any of this to do with Conductive Education? Nothing, surely...”

My first reaction to this was – “Quite a lot I should think”.

Before I could get this posting up on blog about Prof. Raymond Tallis and his arguments against the current trend of biologism I noticed that I had been gazumped, or pipped at the post. I did not mind a bit that Norman Perrin got in there first with a comment on Andrew Suttons posting giving this link –

The more who pip me at the post on this, as far as I am concerned, the merrier.

Being gazumped on this more often would mean that more people are adopting a critical view of this dangerous way of thinking.

Prof. Raymond Tallis has written a book on the subject –

He will also be speaking at the Sutro Room of Trinity College Oxford on 29th November at 8.30 pm.

This is what it says about the book on Amazon—

“Biologism -- the belief that human beings are essentially animals and can be understood in biological terms -- is gaining increasing acceptance in contemporary thought. This trend is seemingly legitimised by genuine, often spectacular, advances in biological science: in human genetics, evolutionary theory and neuroscience. Our propensities, we are told, can be accounted for by "a gene for" this or that; everyday behaviour can be explained in Darwinian terms; and human consciousness is identified with the activity of the evolved brain. Ultimately, so the story goes, all that we do, think and feel is subordinated to the imperative of ensuring that we behave in such a way as to, individually or collectively, maximise the chances of replicating our genetic material. In Aping Mankind, Raymond Tallis argues that the rise of this way of thinking is a matter of profound concern. He demonstrates that by denying human uniqueness, and minimising the differences between humans and their nearest animal kin, biologism misrepresents what we are, offering a grotesquely simplified and even degrading account of humanity, which has dire consequences: by seeing ourselves as animals we may find reasons for treating each other like them. In a devastating critique Tallis exposes the exaggerated claims made for the ability of neuroscience and evolutionary theory to explain human consciousness, behaviour, culture and society and shows that human beings are infinitely more interesting and complex than they appear in the mirror of biologism.”

Prof. Tallis is not the only one to have written a book about Neuromania. While searching for the links above, I discovered that Paolo Legrenzo has also been questioning “our obsession with brain imaging”  in his recent book - Neuromania: On the limits of brain science.

I seem to remember writing about bloblogy myself not so long ago!

Too true, Susie, there is a lot of naïve biologism everywhere nowadays, so it is hardly any wonder that some seeps into CE. On the wider stage, of course, this is not just to be dismissed as mildly cranky (barmy boffins, naive citizens and all that) for it brings with it the danger of reactionary politics and inhumane policies. In the little world of CE, neuromania seems to turn the back on AP's big and defining breakthrough, his bringing motor disorders out into the light of the social formation of human personality.

You and Norman have spotted that there is a groundswell of indignation and concern about neuro-this and neuro-that, and CE could attract some of this disquiet. I read confident statements, variously put, that CE changes brains. It would seem important for CE to decide where it is sitting on this matter. This is the sort of thing that should be brought into the open and thrashed out in those rare occasions when the CE tribes gather, at the World Congress or example. That would be fun.