Wouldn’t it be nice if AP had been a prolific blogger too? 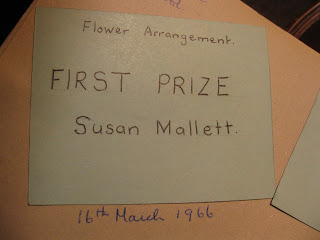 “Thanks Mum!”
I wonder what András Petö would think about all the discussion about inclusion.

Funny you posted this blog today.

One of the few opportunities I have working during the week working in a group, is working in a mainstream private school.

Today I had only one of two girls in my session and out of the blue the resource teacher came to watch.

We were working on improving the control of hand movements and communication. All the preparation tasks we did ended up in us trying to work on using her new communication book. Its a quite extensive one and requires to categories and memories where to find different words. We decided using this to enable her to have a broader ways of communicating as she is increasing getting frustrated with the limited choice she has with her previous communication book (12 choices) or yes/no question people would ask her.

I brought some of her favorite things in : funny glasses, jewelry, wigs, hair brushes. I showed her how for example find a necklace and she was listening and following attentively with a few smiles and giggles in between. Then it was her turn. She lost her initial enthusiasm and decided not to make a choice. To be honest I was not to shocked because that happens quite frequently with her and always has been her greatest challenge. Therefore, it’s always my number one aim for her to increase her motivation to try. That of course is quite a complex skill and goes hand in hand in creating success, motivation to learn, decreasing fear, learnt helplessness, bad habits and way more.

Anyhow, I hardly had the chance to try a different approach, as the resource teacher commented that this might be way to extensive. I tried to explain to her that this might be the case but that this is the first time I have tried using it with her and that the problem lies again with her motivation to at least try as she did not. But as it happens quite frequently I don’t think she understood, which of course is partly my fault as I don’t express myself very precisely. She was talking on how to change the resources(I guess that’s why to she is the resource teacher), rather then on working on changing the girls attitude.

After reading your blog, my reasoning on why changing the resource will end up on hitting the same road blog became clearer. It has to with that she has not learnt yet how to be an active learner and with that be ready to learn at all times. Even though she does attend mainstream school, and with the best intension of teachers, assistants, parents and pupils, she is not really included. She does not learn the same things then everyone else, she does not do the same activities then everyone else and even during play times she is always the passive one and things are done for or with (pushed around, her arms been moved for her, it gets assumed what she thinks). However, she has a brilliant SEA, who gets her biggest issues and who has learnt to help her becoming active. She is doing a lot of new things but its because her SEA spends a lot of time reminding her in order to take part in things she has to try. However, because of break schedules she works with other people who do not know how to make her active. My job in the school is to show what she is capable of and what can be expected of her and how to help her become an active learner.

I would argue that in a full-time CE setting this would be easier and possible a quicker process as it would be more consistent and you can really use the power of a group of pears. However, I think its still possible to do it without that but it’s a longer way because a lot of other people have to learn first that learning how to learn is more important than the resources used (although they can be useful in the process).