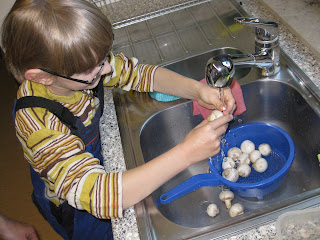 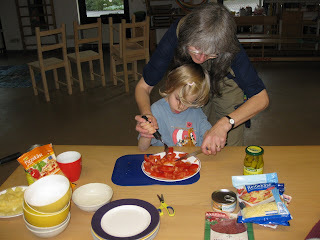 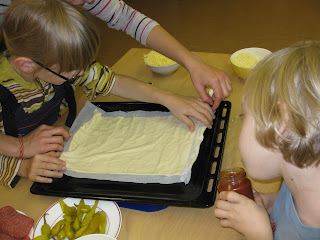 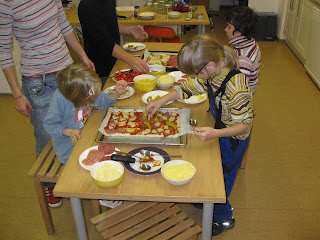 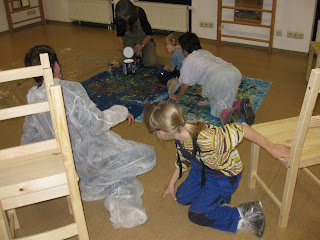 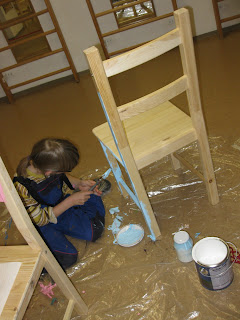 "Getting on withthe job!" 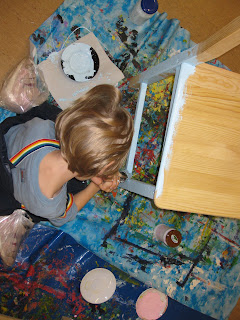 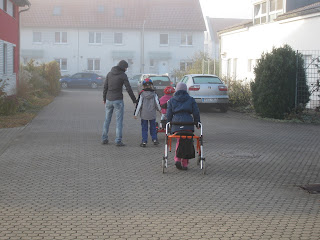 "Ready for a long walk before breakfast" 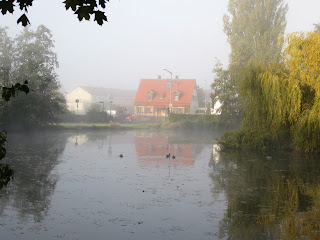 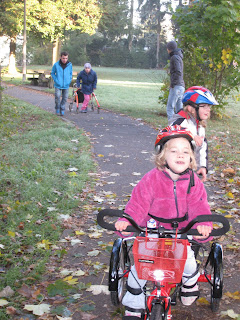 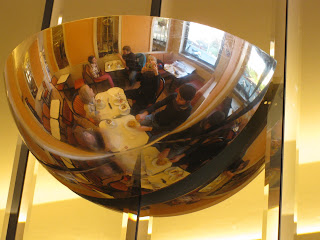 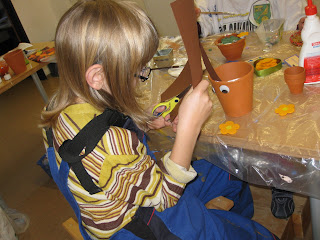 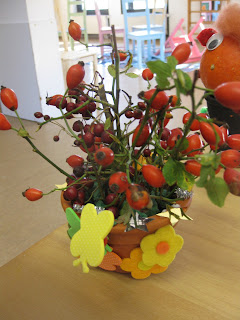 "Fruits of the days" 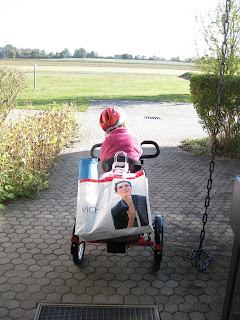 
Time to go home
The cyclist took herself off home with suitcase and sleeping-bag all piled up behind her and the others bundled themselves into parents' cars. One little boy ignored his mum rushing to the back seat to cuddle his baby sister.
It had only been twenty-two hours but it has been long enough to miss a lovely baby sister, or a twin sister, or an older brother.
I thank the people who I work for, and the parents of these really happy children for allowing me to organise and take part in this conductive sleep-over. The children all wish to do it again sometime and so do all three adults.
It was an absolute pleasure for me to sleep conductively, to play conductively, to paint conductively and to walk in the misty-moisty morning to breakfast conductively with these children.
This was one of my best “work” experiences ever! It was a combination of so many lovely special times and the children showed so much enjoyment while taking part in everything that we offered them. How could it have been anything but a whole lot of fun for us all.
It was definitely food for our souls.
Thank you children for conductively sleeping-over, let us do it again sometime, soon!

It was written with you in mind!

I am glad that you enjoyed it.