A Sommerfest to remember 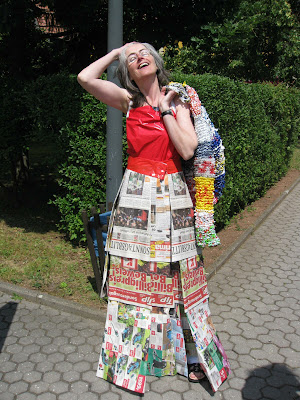 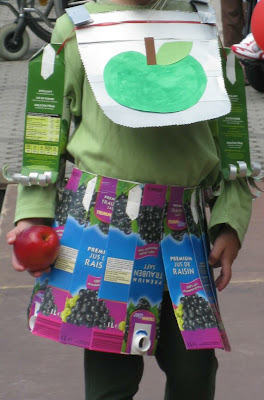 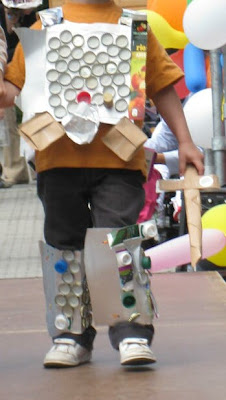 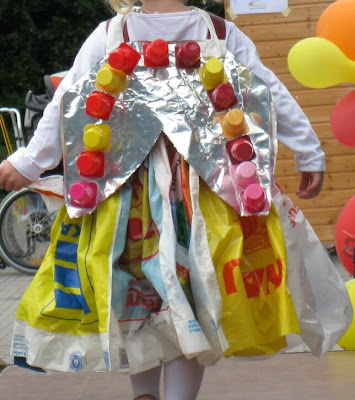 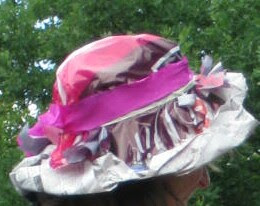 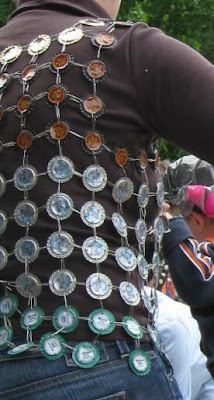 For several weeks now I have been wearing yet another new hat, in between being a conductor and art therapist.

Maybe it wasn’t such a new hat after all, perhaps I became an art teacher again for the first time in twenty years. Or perhaps it was a new hat and I became a budding fashion designer, the next Stella McCartney.

I have been working with small groups of children with and without disabilities from the integrated Montessori/Conductive Education Kindergarten. We were preparing for the summer festival that took place on Sunday.

All the departments of the large charity that I work for are involved, all offering something special. Games, face-painting and treasure-hunts for the children, pedal-car racing, motorbike and sidecar trips, delicious fruit cocktails at the cocktail bar, chocolate-covered fruit in the beach café, a huge raffle with prizes donated by local firms such as Adidas and Playmobile, and much, much more.

Of course the much, much more included German beer, and grilled sausages and potato salad!

What were we from the Conductive and Montessori departments going to offer our guests?

We had the usual song to greet everyone to start us off, and a robot-programming action song to end on. We needed something special, though, to fill the space in between. We decided on a very unusual fashion show.

For over a month now we have been very arty-crafty. These littlies who attend the Kindergarten have had a whale of a time creating costumes from the rubbish that usually gets thrown into the yellow, things-to-be-recycled, sack. Items such as Tetra-pac, aluminium foil, yoghurt pots, plastic bags, egg cartons and beer-bottle tops by the score (don’t forget that this is Bavaria) were dumped in my room to be sorted ready for use.

The results were absolutely amazing. Not just the end-product but the surprise ideas and the creativity of the children. I was really thrilled by the children’s hard work and enthusiasm.

I discovered that these four-, five- and six-year-olds were brilliant company and great fun to work with.
They were like fountains, flowing with inspiration. All that they really needed was the know-how from me so they could fit their bits and pieces together. Ideas for their outfits they had by the bucket-full.

They needed little encouragement to get rummaging through the boxes full of “rubbish” that they brought in to me every day. Parents told me that their enthusiasm continued at home as they excitedly went about collecting and washing tiny bright coloured dessert pots, and the crown=caps from Dad’s beer.

By the time they got on the catwalk on Sunday afternoon the tension was at fever pitch.
We had had a dress rehearsal on Friday with our compare, the boss of whole charity. She had spent lots of time preparing a small poem about each child and costume, and in exchange we created a bio-milk-carton costume for her.
My costume you can see in the two top photos above. My plastic back top looks quite loose in the photo but I can tell you that after wearing it for two hours in the heat it got quite clammy inside, taking an extra two pairs of hands to prise me out of it.
The jacket is made from plastic shopping bags cut into strips and knitted, the skirt is made from the local free rag!

Unfortunately I am not allowed to show the pictures of the children's faces but photos of bits of their costumes also adorn this posting.

As I was behind the scenes doing the dressing I didn’t see any of the posing on the cat walk but from reports coming in this week from parents I hear it that was a great success.

I have no idea how we are going to beat this for originality next year although I am already planning an art exhibition of all my client’s work, children and adults,

http://blindkat.hegewisch.net/lrdg/lrdglilimarlene.html
Posted by Susie Mallett at 21:53