The next German conductive gathering is to be in Nürnberg 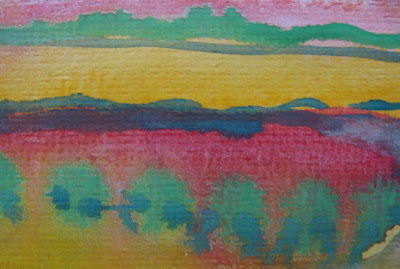 The most recent gathering of the German speaking conductive world, was in October 2008, at a Conductive Congress in Munich. The theme was "Conductive Education Builds Bridges".

I published several postings on my blog about this congress at the time.

I have read and heard said that it was considered a great success and brought very positive responses from the conductive world.

It was on the whole a conductors' conference, the main body of people who attended and presented being in some way or other already involved in Conductive Education.

The conference may well have build some bridges, but more than likely between people already in the know than with newcomers to Conductive Education.
2009, looking out

Yesterday my member’s newsletter from the Verein für Menschen mit Körperbehinderungen e.V., nitifying me that the next conductive congress will also be held in Bavaria. Actually it will be held right here in Nürnberg, initiated and organised by this Verein, the very charity I often work for.
It was the chairwoman/manager of this Verein who some thirteen years ago brought Conductive Education to Nürnberg. She did it for no ofter reason than that she had heard about it, seen some TV coverage and come to the conclusion that this is the one and only way forward for the physically disabled people for whom it is her job to provide services.

We are still here and still providing a service to many clients.

We, the conductors, and I expect all our clients too, are forever grateful for this woman’s continued enthusiasm, without which we would have long since disappeared and fallen off the edge of the conductive map.

It is her wish that this year’s congress should make Conductive Education more widely known in Nürnberg and the surrounding area, and to awaken awareness of this method in doctors, physiotherapists, teachers and potential service-users and their carers.
On Saturday 14th November 2009, there will be specialist lectures, presentations of personal experiences, and a round-table discussion.

I have been asked to present my work with adults and I have also offered to present the paper on Petö and the conductive soul that I had prepared for the conference in Finland.
More I don’t know at the moment but I will write more as soon as I receive the final programme.

The last such congress to be held here in Nürnberg was in 2001. This too was designed to bring greater awareness of Conductive Educationin to the region. It certainly worked. We made contact with many therapists, schools and doctors with whom we have continued to work in various ways over the years.

In 2008 in Munich I felt that, although there were many interesting themes being discussed, it was a bit like preaching to the already converted, taking coals to Newcastle. The hope is that the congress in Nürnberg this year will also reach the not already-converted!
The congress in November will also give the German-speaking part of the world-wide conductor family the chance to gather together and offer each other support and share experiences.
PS
Today I received an email telling me that that there are still places available on the fourth PTK training course at Pfenningparade in Munich. Further information can be found on the German conductor association’s website :
http://www.konduktorenverband.de/
In the same email I was told that there also several advertisements on the website from conductors looking for work, seeking either permanent positions or temperory work at summer camps.