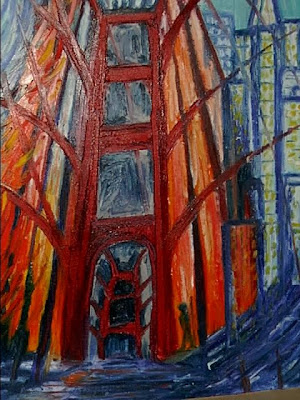 I find it wonderful when something happens while I am working that makes me realise in a flash that this “Cond. Ped.” is really working.

I suppose my brain is full of memories, stories which could be used to illustrate this, some more concretely than others.

Dr Hári wrote about the work of a conductor saying: “ The conductor creates inter-communication and an active environment and then directs this level of activity that she has created and utilises it. The conductor’s most basic general aim is the creation of initiative.”

Andrew Sutton wrote when outlining Conductive Education: “CE - a range of techniques and teaching methods appropriate to task, including emotional bonding between teacher and learner.”

Of course there is much more to Conductive Education than the inter-communication and initiative that Dr. Hári talks about and for me this “moreness” is in the direction of Andrew Sutton’s “emotional bonding between teacher and learner”. While I work with my clients a symbiosis is created. A unity develops between myself and my client and this unity is such an important part of conduction and the true test of the effectiveness of Conductive Education.
Sometimes these moments of unity are so “sweet” that they just need to be recorded and not just kept as memories, which can fade.

Dr Hári said ” The most important aspect of behaviour of a conductor is the habit of observing and watching the minds, movements and states of the children.”

I add to this “and vice versa”.
The children learn to watch and observe the conductor and get a feel of different situations, and sense how their “teacher’s” brain is working, just as a baby senses its mother’s moods. As the children develop and grow they begin to sense the moods of a wider circle of friends. They learn how to react to a tone of voice or expression of face, they discover how to interpret body language. They learn how to act, react and interact in groups, using this developing sensitivity to mood. It is through this observation on both sides that a unity is created and Conductive Education becomes effective.

Just one more statement from Dr Hári before I get on with the “unified” moment which gave me the insight that this “Cond. Ped" was “working”. She said: “it is the structure, the organisation of the work and the conduction in the teaching that are its principles - and its result, social integration, is its fundamental characteristic.”

This morning I was preoccupied with an email I had received.
I have to admit that at the beginning of the Conductive Education session my thoughts were not totally with my client or on the lying programme. My client was in position on his tummy, hands clasped in his neck, I was helping him to lift his left elbow. He could not see me, we were silent after verbalising the task. Then whoops! My hand slipped. Luckily his elbow hit the padded mat and not the tiled floor. I apologised, he accepted, no harm done, we carried on with the rest of the tasks in this position, my mind now fully concentrated on elbows and tasks.

Five minutes after the incident my client turned to me and asked Was war? - 'what was up'? I immediately knew what he meant… slipping elbows just never happen and he knows it. He is so sensitive that he knew without seeing my face, he knew I had been deep in thought and they were not thoughts about his elbow!
I remained silent I didn’t what to put words into his mouth, I didn’t want to influence what he was going to say to me next, which was “ We were in the middle of an exercise and I thought something has happened to Susie. What was that about? Do you have an admirer?” (He knows about being distracted by admirers as he is newly in love with a classmate).

I just had to lie down beside him and laugh, then he laughed too as we abandoned our lying programme and I explained to him my preoccupation. I told him he was quite right I had been somewhere else with my thoughts and not with him and his elbow!


Boot on the other foot

He knows about being preoccupied not only because of the new love in his life, but because he usually has a hundred and one things going on in his head and many questions which need answers. He is always asking why it is that on some days he can’t carry out tasks which yesterday were much easier. It usually comes down to the thoughts in his head being elsewhere other than on the task in hand!
He loved gaining the knowledge that he isn’t the only one, that the same thing can, and obviously does happen to me. That makes us in his eyes partners in crime!

It isn’t the first time in the years we have worked together that my client has been so sensitive to my mood, it happens often. Once I stood behind him watching him paint. I must admit to having had a tear in my eye as I looked in wonder at this athetoid child, standing as calm as could be with a paint brush in his hand. After a while he “felt” me watching and, without turning, worriedly asked if everything was OK. I assured him it was and told him I was just enjoying a wonderful moment and sometimes such wonderful moments make me cry. He carried on with his painting, such instances of unity are becoming a normal part of his life.

As conductors we teach a children to be aware of and use all of their senses, to be aware of their immediate environment, and teach them how to adapt accordingly.
This is what I had observed working so well today.
I will give Dr Hári the last word

2) Andrew Sutton – Conductive Education As Exemplar Of The Emerging Paradigm Of Dynamic Inclusion, With New Emphases For Educational Research. 1998.

All Dr. Hári’s words here are taken from Mária Hári on Conductive Pedagogy, edited by Gillian Maguire and Andrew Sutton. Foundation for Conductive Education, 2004, ISBN 1-897588-24-0
Posted by Susie Mallett at 22:01