Begeistert by my work! 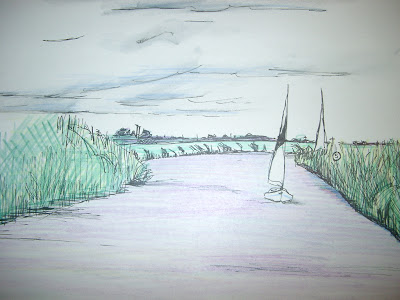 I have just returned from a meeting which informed people with disabilities and their carers, and professionals involved in different aspects of their lives, about a relatively new law concerning the “Personal Budget”.

In Germany since January 2008, it is possible for people with a disability to take direct control over how they spend the allowances that they are eligible for. Until now allowances, for example for mobility, physiotherapy or care, have come out of three different purses and have been paid directly by the responsible department ( health insurance, social services etc.) to the service- provider ( taxi company, therapist or carers).

Autonomy
Now the choice is there to be more autonomous. Of the 30,000 users of such services in Middle Franconia ( pop. 1,712,162) only 150 have decided to take control of these finances themselves.
This is mainly because very little is known about the “personal budget”, which was precisely the reason for this meeting.

False hope?
We (conductors) and many of our clients were present, in the hope of discovering that at last there was a way to cover the costs of Conductive Education. In the event, the outlook for this looks bleak, the health insurance companies insisting that they will only give the money to pay for things that they have already been paying for e.g. physiotherapy.

The evening was far from bleak for me, however, and this is the reason for this posting.

One of the members of my stroke group was present at this meeting, a client who is also aphasic. She too was there to find out whether she could use her “Personal Budget" to finance Conductive Education.

Aphasia
Aphasia is a symptom of a stroke which is usually far more difficult for people to adapt to than the more visible symptoms of a hand or a leg that will not do what is expected of them. It presents itself in a variety of ways, from not remembering one's own child’s name, through not being able to articulate something, to not understanding what is being said. Sometimes the words of hundreds of songs are forgotten, the ability to colour-match clothes is lost. The ability to read can be lost, the ability to talk abstractly (e.g. describing an imaginary scenario) is also often lost . People with aphasia need to learn to speak again, as was the case with my client who attended the above-mentioned meeting.
She had developed from speaking just a few words to longer sentences, then on to songs and to telephone calls ( often using the phone is the final step before people say that they have “solved” their problem).

I can confidently say that this client learnt to speak through our singing together. She had studied music and has perfect pitch, which she didn’t lose, but she did forget the names and lyrics of a great many songs.

It is sometimes good to be foreign
What is even more interesting in this client’s speech development is that at the time we met twelve years ago I had only just started to learn German.
So there I was an English-speaker with very little German and no musical skills, teaching a German woman with perfect pitch and aphasia to sing. Actually, to be more exact, she taught me to sing and, through her doing so, her speech improved. She also had to choose her words carefully, so that I would understand, and I had to speak clearly in my “new” language too. We often reverted to English, which, as is often the case with a language that is not the mother tongue, she could recall faster than German.

A few weeks ago she came apologetically to the CE group, explaining that she would not be able to attend two sessions from the planned six. The reason was that she had taken over as the choir-leader and would not have the time for us. We all cheered and she was of course thrilled at our joy. This was an especially happy occasion as there was another man present who also had to cancel the next CE session, because he was also returning to his work, for one day a week.

Teaching a conductor to sing
Back to my client and learning to speak. Our methods of learning worked extremely well. I am no longer one of very few "orthodox” conductors (see posting March 30th “Back To my Roots”) who cannot sing and, as we discovered this evening, my client has made yet another enormous step forward in her development. This meant that I went home smiling yet again, despite the disappointing information regarding the “Personal Budget”.

At least two hearts were singing!
There were between fifty and sixty people present at the meeting and my client was able to stand up and present her questions. Her early stuttering didn’t discourage her and her husband prompted when he knew the words that she was searching for. The lady chairing the meeting also displayed her years of experience in the field of disability by allowing my client all the time in the world to relax and complete her question. She then congratulated her for asking a question to which she believed many of the audience were hoping to find an answer to this evening: the CE funding question.
The situation couldn’t have been more perfect if it had been planned!

The lady chairing the evening created the perfect atmosphere not only for my client but for the other people with disabilities present. She provided the environment to promote success. Here is an English version of the email that I sent to thank her :

“……… I would like to say that it was lovely to see how you used your years of experience in the field of disability to allow some of the audience to bring over their questions so clearly.

I listened with tears in my eyes as one of my adult stroke clients stood, was given the microphone and began to speak. You were so patient, waiting for her words to flow and then you thanked her so spontaneously for her interesting question.

This lady could only utter a few words when I first met her twelve years ago. We have worked hard using singing to develop her speech and the results were on display tonight, this was one of her highest achievements. I was delighted to see her at the meeting and even more delighted to hear her state her views. Her motivation and her will to continue learning are wonderful and a great motivation too for me in my work.

Thank you for providing the perfect atmosphere for my client to achieve this success. The provision of such a special atmosphere is a very important principle of Conductive Education. Through it the Seele becomes lightened and it then becomes possible to learn how to be creative, spontaneous, active or to take initiative, these being among the many aims of Conductive Education. “
Enthusiastic, thrilled, wowed.
Yes, I am begeistert by my work. I see the results at parties, at the Schutzenfest, at meetings and at the driving school (all references to previous postings of mine).
At work in Würzburg this week I was told that I am not the only one begeistert by my work, my clients were also of the same opinion. That is of course also nice to hear but the begeisterung is mostly mine, especially when I see the results as I did this evening in a “real life” situation.
Notes

Aphasia – loss or impairment of the power to use or comprehend words, usually resulting from brain damage.
http://www.merriam-webster.com/

Aphasiac, aphasic- partial or total loss of the ability to articulate ideas or comprehend spoken or written language, resulting from damage to the brain caused by injury or disease.
http://www.merriam-webster.com/
Seele - soul