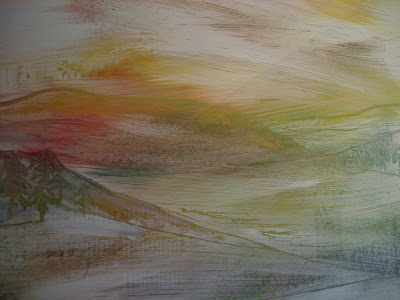 Learning from each other
Moving on from one amazing work place to another, I am back with my “adults”. I am particularly glad to be back with my stroke group from whom I always learn so much. I learn such interesting things which I will never find written in any text book. Things one could possibly find in a book describing personal experiences, but how many aphasia suffers are able to write such a book?

Sharing Wisdom
I have always thought I should write down all my clients’ "words of wisdom", but I never have. Luckily I have a good memory because now I have the perfect place to do just that. A place where hopefully I can also share the information with any interested parties.

Today’s work was just perfect, as it often is. Coming to the end of the first session of this new three-week block we had just a few more fine motor tasks to do and then maybe a game of blow football to finish up with. I was helping one client with both my hands and one of my eyes and the other eye was on the second client who was working independently.

Stopped in our tracks
The one who had just my one eye on him suddenly jerked forward. I enquired whether all was OK and realised that he had in fact fallen asleep.

It was a Sekundenschlaff, a one-second sleep, like those that cause those dreadful pile-ups on the Autobahn.
This sleep today didn’t cause a crash, but it did stop us in our tracks when I asked,“And did you dream?”

The first reaction to this question was that one doesn’t dream in a “one-second sleep”. I beg to differ as I have dreamt in a similar situation but that is another story. What did develop from my comment was a discussion on the affects that a stroke has on dreaming, a subject that we had never broached before.

It appeared that none of my clients this morning had remembered one dream since they had a stroke, before the stroke they had remembered them vividly. The clients missed remembering their dreams and we were left wondering if remembering dreams will be a part of their future progress.

After the group was over I went on to make a home visit, also with a stroke client, and I decided to do a bit more research. Here too I found the same phenomenon, but with a difference, for the client a huge difference.

Whereas the group in the morning were sad about not remembering their dreams my afternoon client described it differently.

She suffers from arachnophobia, she had experienced years of nightmares about spiders, right up until the stroke, and since then she doesn’t remember any more of her dreams or her nightmares.

This client sees her lack of dream memory as something positive, she is so relieved to be free of the nightmares. This freedom allows her to watch natural science films about spiders on television and by doing this her phobia is no longer as severe as it was in the “nightmare” days.

I described above just one of many symptoms of a stroke that usually remain hidden, sometimes even the client himself doesn't actually realise, or is unable to verbalise, what has changed. These things are not obvious "disabilities", but they can often be more disabling than a leg that won't bend at the knee or a hand that won't open.

I have many such snippets about taste and smell, about colour and clarity, about interaction in large and small groups. One day I will have time to write about them all, with thanks to my clients who through Conductive Education are gradually able and willing to reveal them to me.

A comment on the side. The client I visited today at her home had her stroke ten years ago and continues to make progress. This afternoon I noticed that there was a huge improvement in her ability to converse, which was very apparent in the long description of the phobia and also in her later rendition of My Bonnie Lies Over the Ocean with which we concluded our session.

My singing lessons. Now that’s another story too!

Another comment on the side. It was not due to my slave-driving that one of my clients fell asleep. He had actually been up until three in the morning celebrating his birthday!
Posted by Susie Mallett at 00:52