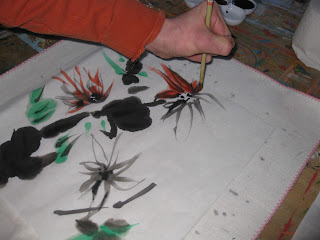 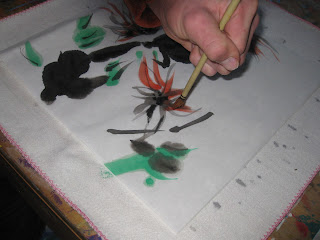 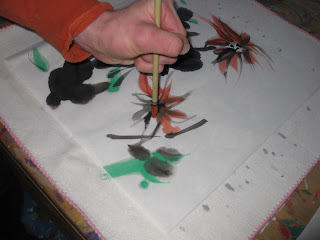 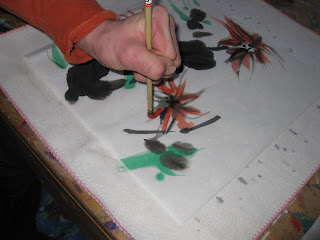 It is congress time of year again in Germany
The annual German conference on Conductive Education has missed a year. Well as far as numbers are concerned it has, but it is really only fifteen months since the last one.
The last German gathering was in Würzburg in November, 2010 shortly before the 7th World Congress took place in Hong Kong. The next German conference will take place next weekend, 9-10 March 2012 in Rosenheim. For the third time in succession Bavaria, which could be described as the hub of German conduction, has been chosen as the host Land.
The conference is called "Petö and Inclusion" and I think that there will be some very interesting discussions about the integration and inclusion policies in the different countries that will be represented.
I do hope so.
Fortunately this year I will be able to attend for both full days of the conference, Friday and Saturday, as my colleague is kindly working in the after-school group on Friday afternoon. Last time I held the fort so she could attend in Würzburg, now it is my turn.
An international affair
We will of course see what happens on the day but from what I have read here:
http://www.petoe-und-inklusion.de/index.html
http://www.petoe-und-inklusion.de/referenten.html
with an English version here:
http://www.petoe-und-inklusion.de/pdfs/english_version.pdf
I am confident that it is going to be a very successful and interesting gathering.
It will certainly be the most international affair that we have ever had at a conductive conference in Germany, with people attending from Germany, Hungary, Austria, England and Israel, and with contributions from many different walks of life too. I always find that one of the nicest things about conductive conferences is the variety of languages spoken, and the different nationalities of the participants speaking those languages and this is going to be even more international than usual. More important for me is the diversity of the presentations, workshops and podium discussions.
Conductive mums help get the show on the road
The conference has been organized by the committee of FortSchritt Rosenheim e.V. and the committee of the Bundesverbandes der Konduktoren e.V., the National Association for Conductors.
As far as I can tell an awful lot of work is being done by a few people in Rosenheim. I know of two mothers from conductive families who are on the committee of the Rosenheim branch of Fortschritt, who have both been working like crazy for months to help get this show on the road.  Well done to you all for making us already feel so welcome. I for one am looking forward very much to the occasion.
Since the 7th World Congress for Conductive Education took place in Hong Kong in 2010 we have seen a sharp rise in the number of conductive gatherings in Europe. There are three European projects running concurrently, Comenius, Leonardo and Grundvig. Many conductors have been involved in these meeting and I think that especially the Comenius project, that has involved integrated conductive centres from Finland, Austria, Hungary, England, Sweden and Germany, has been responsible for the creation of new relationships between individuals and the development of opportunities for sharing ideas on the ground floor, where we all work with our clients.
I am expecting to see evidence of these newly formed relationships at this conference at the weekend. I am not sure how this will be evident but perhaps this time there will be a few new faces to be seen and some new voices to be heard.
Watch this spot to find out my verdict. I will do my best to be reporting live, that is if I get the time!
Posted by Susie Mallett at 00:11

Ruth, one of the conductive Mums in Rosenheim replied to my posting in an email today:

Dear Susie
We are all involved.
R. is very diverse, you will see. BS. has organized the catering and conducted the optimal transactions and has organized the exhibitors and much more. Kaffls have let us have everything from their business premises that is not nailed down, and A. will give a workshop presentation. Her sister-in-law who is a photographer designed the website and will be the official photographer. Our husbands are also involved. Mine on the reception desk on Friday and BB’s as photographer on Saturday. BB’s son is responsible for the technical stuff and more, the children have their own jobs, my sister-in-law made a film about Maxi, the Associations founder-father did all the design lay-outs and will moderate on Saturday. All contacts have been used and more!
The talents we share in Rosenheim have been well distributed and the steering the whole thing is BB, hooray!

Andrew, you beat me too it I was just writing exactly the same thing in a comment of my own. I had added this link:

In this posting of mine from May 2008, "Die Mütter! Mütter! – 's klingt so wunderlich... Das ist es auch.Göttinnen, ungekannt euch sterblichen", I wrote:

This quotation is from Goethe and is to be found at the beginning of a book written by Károly and Magda Ákos. This book, called Dina, has two parts, just like Goethe’s Faust in which these quotations can be found. I have known “Dina” since I was a student and it is the book that I recommend to all families who are just embarking on their conductive journey.

At the very beginning of Dina is this quotation, from Goethe’s Faust, Part 2:

In the English version of Dina this is translated as:

I would change this slightly and say that there is a way – it is the extended family. If you have been following my blog you will realize that a lot of my work takes place in the heart of the family."

And now I would say the same again here, that the way in Rosenheim certainly seems to be the extended family!

I am looking forward to being part of that family for a couple of days.