Hercules and his task series! 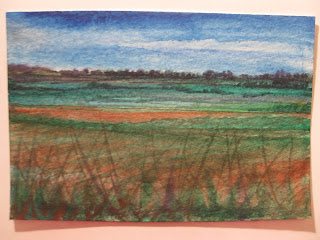 I went to the theatre last night
I had filled my pockets with a selection of herb sweets to suck on during the performance. I even remembered to unwrap several of them before the performance began and again during the interval. I desperately wanted to avoid that disturbing rustling of paper that always reminds me of pantomime days and boxes of Fruit Pastilles. I was in the studio theatre in Nürnberg last night and not at the London Palladium. In such a tiny studio theatre you could hear a pin drop, so the rustling of sweet papers would not have gone unnoticed on the stage!
I got through to the end without disturbing the performers or my neighbours in the audience with my still racking cough.
I had purchased two tickets months ago for this, the premier of the latest play performed by the senior theatre group, Tempo 100. This is a theatre group organized by the city for retired folk. My dear friend Boss used to perform with them and I am still always made to feel so very welcome. I saw my first performance by this group in 1992, so I suppose that this was not only the celebration for the premier of their new play but a twenty-year anniversary celebration for me too.
Hercules in the cow shed of Augeas, a comedy by Friedrich Durrenmatt
I had already heard from a couple of the performers that this was not one of their favourites but I enjoyed it very much. I was surprised to see that since last season’s production there were a lot of new actors in the group and one or two of them are very good. There were also some new people working behind the scenes and this seemed to make the performance flow very well.
Out front one could see that team work was the name of the game between the actors, but that was not what was happening with Hercules in the play. He appeared to be having problems with different council departments' not deciding who is responsible. Just like we do with conductive services!
The play began with Hercules on his descent from Mount Olympus, having completed the fourth task for heroes! He had set out to kill a boar and seemed on the lookout for his next heroic deed.

Symbolic
The next task for heroes was to clear the dung from the stables belonging to Augeas. I understand the symbolisation here to be that he was to bring some order to the town or perhaps change the way of thinking a little. Even make some transformations! Moving from one council office to the other to get permission to carry out his plans Hercules went from one newly formed department to the other, all of them putting new obstacles in his path.
Hercules left a happier town behind him as he went off to his next task of ridding a different part of the world of its man-eating birds
The townsfolk with the dung decided that by remaining dissatisfied with their lot they will keep on fighting to achieve their goals. By patiently working the dung into the ground flowers would begin to grow. Of course there were many parts of the text that could be related to the present state of Europe and the relationship between Greece and Germany; these brought a few extra laughs and a few groans!
But for me the symbolisation reflected my work and our continuous fight, being pushed from one office to the next after being given a very good reason why it is not their responsibility to pay for Conductive Education.

Slow and steady wins the race
At the end of the play Augeas the President of Elis tells his son:
“… one must make the best of life: politics cannot fashion miracles, but just as manure can with patience be transformed into fertile soil, so human beings may transform themselves as individuals even in the midst of manure. While this may seem a small accomplishment, it is the only one definitely open to us and therefore essential.”
"Slowly, slowly" has always been my philosophy in my work. I think many conductors who work alone often have to tell themselves often that what they are doing is a small step in the right direction, and that we must not try to take leaps and bounds to soon. We must wait patiently for transformations.
I know that I must not push too far and fast when planning to increase the size or number of groups ,for example. I wish to move forwards but at the same time I must not to destroy what is already there by moving too fast.
By far the most important people are those with whom I work in this moment and not those whom I could reach when I have one extra group or a couple more conductors beside me. We have to build within our resources and find the strength of Hercules when we have to visit the council offices!

Even when feeling poorly, and even when out at the theatre, my conductive lifestyle continues, my conductive learning continues, and people from the past like my dear friend Boss continue to be an enormous influence on me.
Boss took me out to dinner one evening in 2008, just a few months before he died. He gave me some lessons on voice-projection and acting. It was just a few days before I was to give a presentation in Augsburg on Parkinson’s disease and conduction. Boss gave me the strength of Hercules that day!
Notes
Read more about Durrenmatt’s “The Theatre of Manure” here –
http://language.home.sprynet.com/theatdex/manure.htm
And here:
http://www.dramaticpublishing.com/product_info.php?products_id=1964
Tempo 100 Theatre, Nürnberg -
http://www.theater-tempo100.de/
Posted by Susie Mallett at 20:13

Dear Susie,
Sounds rather jolly but I suspect that Durrenmatt's play would stand little chance of production over here without a small but radical change to its rather coy translation, and a new title.

I suggest renaming the play 'Shit happens', and rephrasing the text accordingly. I suspect that with the proper production, it would then stand a good chance of being hilariously funny in English.